SunTrust is the sixth-largest bank in the United States, with $199 billion in assets and 1,400 branches. SunTrust’s core businesses are banking, credit cards, lending and investment services.

This bank could be a strong choice for someone who lives in the Southeast — where most branches are located — or who doesn’t mind slightly longer-than-average processing times. SunTrust does have competitive interest rates on some products, but not all of them. However, it makes up for the less than competitive rates with other perks, such as giving customers an assortment of money management tools. It also lets customers earn cash back on certain debit card purchases and access next-gen digital payment options like Apple Pay, Fitbit Pay, and Visa Checkout.

SunTrust Bank at a glance

SunTrust Bank is all about investments and it shows. The bank offers high APYs on many of its products as long as you meet minimum account balance requirements. The company is known for good customer service and it has a variety of products available. SunTrust grooms its account holders to grow their involvement with the bank, starting with their free checking for students and money management tools. STB offers cash back on some debit card purchases and has other perks for premier account holders.

While SunTrust has many positives to consider, other aspects could provoke a person to look elsewhere. For instance, this bank does not have a free checking option. There are ways to get the bank to waive the monthly maintenance fee — generally by maintaining a minimum balance or getting a student waiver — but would-be customers should be aware that a monthly maintenance fee is a possibility.

Also, keep in mind that SunTrust has hundreds of locations, but they are all in the Southeast. If you live in the Southeast, that’s great, but it could mean certain difficulties if you live outside of that part of the country. It’s also important to remember that SunTrust is a large bank but it doesn’t have some of the processing power of the more prominent players, meaning your transactions might take a little longer.

SunTrust Bank offers three checking account types and all of them require $100 to open. SunTrust’s basic account is called Essential Checking. It doesn’t pay interest, but there are no monthly fees for five years if the account holder is a student. Non-students can have the monthly maintenance fee waived by making a minimum number of transactions, having qualifying direct deposits or maintaining a minimum balance.

Balanced Banking is SunTrust’s mid-tier option. To qualify for a monthly maintenance fee waiver, you will need to have at least $3,000 on deposit with the bank. SunTrust’s top tier checking option is called Advantage Checking. This option allows account holders to earn interest on their checking account balances and maintain as many as four checking accounts to make goal planning easier. It also comes with free money orders, waived wire transfer fees and discounted safe deposit boxes.

SunTrust Bank also has the Premier Banking program for its customers with at least $100,000 in liquid assets. There is a location requirement, but it comes with a range of benefits, including interest on checking account balances and interest rate reductions.

When it comes to savings accounts, SunTrust has two options. There is an Essential Savings account with no minimum deposit and no monthly maintenance fees for customers who choose paperless statements. The other option is Select Savings. While the interest rate is very low on Select Savings, this account features a 1% anniversary bonus.

SunTrust’s money market account is called Advantage Money Market Savings. It has a minimum opening deposit of $100 and allows access to those funds. There is a maintenance fee, but that amount is waived when customers deposit at least $100 via automatic transfer each statement cycle or when they keep at least $10,000 in their accounts. The highest percentage APY you can get — which is much lower than that of many other banks — will require at least $10,000 on deposit.

SunTrust CDs are more competitive. They have interest rates that are on par or better than many other banks, but there are certain requirements. The most significant qualifier is the minimum opening deposit of $2,000. Terms range from seven days to 10 years. There is also an Advantage CD, which lets customers deposit extra funds to the CD after it is opened. If you transfer $50 per month to the CD automatically, it triggers a higher interest rate.

SunTrust offers several IRAs. In addition to the traditional IRAs, Roth IRAs and rollover IRAs offered by other banks, SunTrust offers other individual retirement accounts, too. There is a SEP IRA for small business owners and CD-Funded IRAs to help protect your principal investment while earning a lower, but safer, yield.

There are three credit cards available through SunTrust: Cash Rewards, Travel Rewards, and Prime Rewards. Each one offers cash back, and the interest rates offered on all three are some of the lowest out there for people who have high credit scores. SunTrust has significant promotional offers, including a super low interest rate for three years on the Prime Rewards account.

SunTrust has a brokerage option as well. The bank offers these services through SunTrust Investment Services. These brokerage accounts give customers flexible access to their savings, and they do not require a minimum distribution for people under the age of 70.5. Brokerage accounts also have additional tax benefits for heirs so they can be a strategic part of estate planning.

Bank is a big player in the Southeast, but there aren’t any locations outside that area of the country. Processing times can be slow, and the company doesn’t offer many perks for customers without high account balances. However, if you are someone with a more substantial amount on deposit who doesn’t need fast processing or who lives in the South, SunTrust has excellent perks. The bank offers above-average interest rates for specific accounts and cash back for certain debit card purchases. Add to that robust money management tools, and SunTrust is a compelling option. 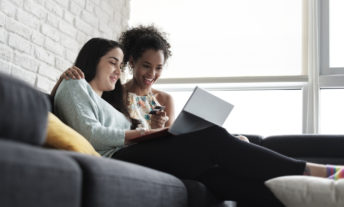 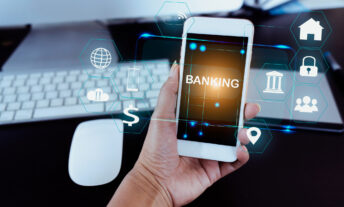 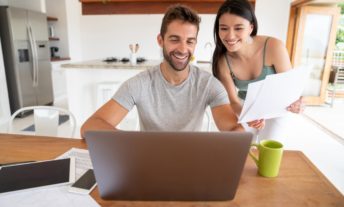 Renee Breiten is a professional writer and Exeter MBA who specializes in business, finance, investments, and management. Her work has appeared on PNC, Credit Suisse, American Express, The Street, Investopedia, Motley Fool, Seeking Alpha, SCORE and Hello Giggles, amongst others.