CD Laddering: How to Build a CD Ladder

As I’ve mentioned before, my family has a pretty good sized cash emergency fund, somewhere around nine months’ worth of living expenses. Having that amount of cash available is a very nice security blanket for all of us, and in our savings account, it was earning roughly a 3% annual return. Safety, personal security, and a bit of income isn’t bad at all.

Quite often, though, I had the itch to find something better to do with the money. I eyed putting some of it in CDs (certificate of deposit, which basically means you give a certain amount of cash to a bank for a specified period of time – it earns a higher interest rate than a savings account, but you’re penalized most of that return if you cash it in early), but I didn’t want to lock up a huge amount of it for a long period of time. I wanted to always be able to have that cash when I needed it. After doing some investigation, I decided that a CD ladder was the right move for me.

What’s a CD Ladder?
Simply put, a CD ladder is a collection of CDs bought at regular intervals so that they’ll mature at regular intervals as well. Let’s say I wanted to create a simple CD ladder out of six month CDs. I buy one on the first of each month for six months. Then, on the first day of the seventh month, that first CD I bought matures and I collect a nice return. I can then either buy a new CD for the original amount and pocket the return, just keep all of the return and the original amount for some purchase, or I can buy a new CD for the total return. After that, each month, a CD matures and I can either buy a new one or use it for something else.

Why do this? Why not just keep all of it in cash? The biggest reason is that CDs often return a percent or two higher than your savings account. At ING Direct, for example, the CD rates range from 3.75% to 4.5%, while the savings rate is at 3%. Another reason is that by locking it into a CD, you’re not tempted to spend it.

Notice that the shorter-term CDs don’t return quite as well. Specific rates vary all the time, but it’s a rather constant rule of thumb that longer term CDs return better than shorter term CDs. Thus, instead of just buying a single six month CD, I decided to spread things out to get a better return on at least some of the money.

During September, I kept building our emergency fund as I usually do, putting around 10% of our income into it (which is around 15-20% of our monthly living expenses). I’ll keep doing this for the time being.

You can probably see where this is going. According to my calculations, we’ll have about four months’ worth of cash living expenses in our emergency fund in February 2009 after buying the CDs each month (remember, I’m still adding cash to my emergency fund). Each month after that, a $1,000 CD matures. I’ll then buy a single 18 month CD for $3,000, which would be enough to sustain my family for a month. And I’ll repeat that for eighteen months.

In August 2010, I’ll own eighteen 18 month CDs which will mature in one month intervals, just like clockwork. If I have my calculations correct, we should still have roughly a month’s worth of cash emergency fund at that point. So, I’ll basically have 19 months worth of emergency fund, almost all of it returning 4.25-4.5% or so.

Here’s what things will look like at that point. I’ll have a savings account with one month worth of living funds in it. Each month, an 18 month CD will mature and the proceeds will go into that account – both the principal and the interest on that CD. At the start of the next month, I’ll buy another 18 month CD worth roughly a month’s worth of living expenses. And as long as we’re able to get by just fine on our normal income, I’ll keep this cycle going, as it’ll serve as a huge emergency fund that also returns at a pretty solid rate.

Why not invest it? This is the typical question I hear about cash emergency funds. Usually, such questions are implying that I should put that cash into the stock market and maybe earn a bigger return. I view this as an investment. Since I’m not saving this money for the long term – it’s a cash emergency fund, after all – I want it to be safe, secure, and stable. It needs to be there for me if I need it.

Another reason for doing things this way Following this plan enables something else interesting as well. When this is actually set up and working, it would enable either me or my wife, without skipping a beat, to go back to school. In truth, my wife is considering the move – she’s looking at perhaps going back to school for a master’s degree in 2010 or 2011. Putting this in place makes such a move quite possible.

If you have a big emergency fund that you won’t need all at once, consider starting a CD ladder with the money. Even a six month CD ladder can create a nice bump in your interest on your emergency fund without adding any risk. 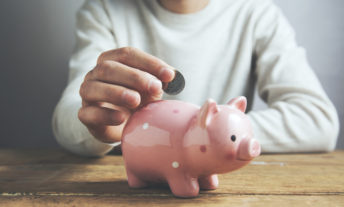 Certificate of Deposit: What is a CD? 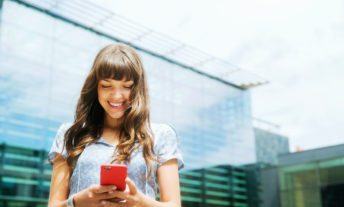 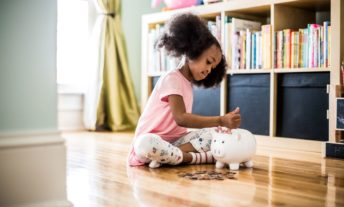