Please Note: The information contained in this article is currently expired.

The Federal Open Market Committee (FOMC) holds its last meeting of the year on December 18-19, and the general expectation is that it will raise interest rates by 0.25%.

If that happens, it will continue a steady rise over the past three years that has seen interest rates increase from near 0% to the expected new benchmark rate of 2.25% to 2.5%.

So, how would such an increase affect your personal financial situation? And what financial decisions might you want to make in 2019 based on a rise in interest rates?

How the Federal Funds Rate Affects Your Everyday Finances

When the FOMC decides to raise interest rates, what it’s really doing is raising what’s called the federal funds rate. This is the interest rate at which banks make overnight loans to other banks, and it sets a baseline from which most other interest rates are determined.

“The federal funds rate is the single most important U.S. interest rate since it affects virtually all monetary and financial decisions,” says Jason Lazarow, the founder of Lazarow Wealth Management. “A majority of consumer based debts are derived from the federal funds rate, ranging from mortgage rates, auto loans, and the interest you pay on your credit cards. It also affects the interest rate you receive on savings accounts and CDs.”

One thing to pay attention to is the timing of such changes, as it isn’t always the same across the board.

“Banks are reluctant and slow to raise rates on what they pay to savers,” says Lazarow. “On the other hand, they are fast to raise rates on debt. That means anyone with credit card debt or an adjustable rate mortgage faces potentially paying thousands of dollars extra a year just in interest costs.”

To be clear, even interest rates on your variable rate debts likely wouldn’t change immediately. And a 0.25% increase isn’t big enough to cause too much harm, so there’s no need to panic.

Still, there are a few financial strategies worth considering as interest rates rise.

Even though interest rates have steadily climbed over the past few years, many of the big banks are still paying just about nothing on their savings accounts. They’re benefiting from those higher rates without passing on those benefits to their customers.

Other banks have been much quicker to adapt. Online banks like Ally are already paying 0.50% and are more likely to increase their interest rates quicker than the big banks. Local credit unions can also be a good source of competitive interest rates.

All of which is to say that switching to a bank that’s actually adapting to these increasing interest rates can make you some money.

Rising interest rates overall could lead to higher interest rates on some of your outstanding debts, in which case paying down those debts could provide an even bigger return on investment than it would have in the past.

“If your credit card is subject to a variable rate, then you’ll be paying higher interest costs and you should look to pay those off as a first priority,” says Dale Wong, president of Missio Investment Management.

Paying off a credit card that charges 18% interest is equivalent to earning a guaranteed 18% return on your investment, which is a better return than you can get just about anywhere else (with your 401(k) employer match being pretty much the lone exception). And if you can turn that debt into savings, the return is even higher.

Let’s say that you typically carry a $1,000 balance on that credit card, which costs you $180 per year in interest. Paying it off would save you that money, but paying it off AND putting the equivalent into a savings account earning 2% would also earn you an extra $20 in a year, for a total round-trip gain of $200.

All of which is to say that turning debt into savings is even more valuable when interest rates are on the rise. Making that a focus of 2019 will serve you well.

If you have an adjustable-rate mortgage or other type of variable rate loan, it’s worth understanding when your rate could adjust and how big that adjustment could be, and at least considering a refinance.

“Homeowners with adjustable-rate mortgages need to monitor when those loans will reset to the higher rates,” says Wong. “If you are in year two of a five-year ARM, then you have time to plan around switching to a fixed rate or seeing if rates ease some before your loan resets.”

There are costs to refinancing, so it’s not an automatic win. Just like buying a home, you typically need to stay in the house for several years in order for the upfront costs to be worth it.

But interest rates are still near all-time lows, even with the recent increases, so in the right situation locking in a fixed rate could save you a lot of money over the long term.

While there are certainly some ways to capitalize on rising interest rates and save yourself some money, it’s also important to remember that interest rates are just one of many factors that can influence your financial situation. There’s no need to overreact, no matter what happens with them.

“I don’t think everyday investors should pay too much attention to the FOMC meetings to do any type of market timing or planning in their day-to-day life,” says Tim Kenney, CFP®, founder of TK Pacific Wealth. “Whether they raise rates is not only something you can’t control, but it doesn’t have all that much of an immediate impact on your financial situation.”

Matt Becker, CFP® is a fee-only financial planner and the founder of Mom and Dad Money, where he helps new parents take control of their money so they can take care of their families. 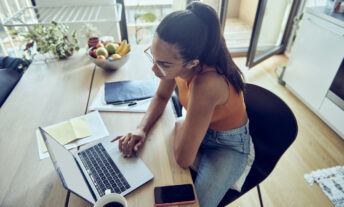 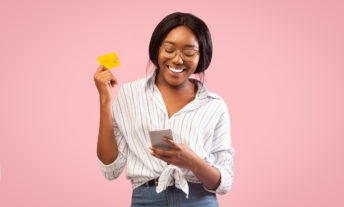