How to Cash a Check (and Skip the High Fees)

For the vast majority of American households, cashing a check is often (but not always) as simple as going down to their bank and spending a few minutes conversing with their friendly neighborhood teller – or, these days, even just snapping a photo of the check with their phone. For those in what the FDIC terms “unbanked” households, however, converting that piece of paper into spendable cash may be a bit more complicated and expensive.

How to Cash a Check Without Paying Big Fees

Check cashing services typically come with a fee, and that fee can be quite pricey, depending on the company. Any amount of money paid is obviously less money in your wallet.

The best choice if you’re wondering how to cash a check would be to open a bank account and forgo the fees, but for various reasons, you might find yourself in a position where you’re unable to do that.

For example, among households that became unbanked at last count, 34.1% told the FDIC that they had “experienced either a significant income loss or a job loss that they said contributed to the household becoming unbanked.” At the same time, The New York Times reported that over a million low-income Americans had been blacklisted from opening accounts, thanks to minor errors like a bounced check.

In short, opening a free checking account is the best option… but only if you can open a checking account. If you can’t, here are your best (and worst) options when you’re trying to figure out where to cash a check.

Worst Option: Cash a Check at a Payday Lending Store

Payday lenders have been in the news in recent years for all sorts of predatory dealings, from charging 300% interest on loans to refusing to tell consumers the check-cashing fees up front.

But even if the service you use engages in none of these underhanded practices, you’ll still pay out the nose for cashing a check at a payday lending store. The Consumer Finance Protection Bureau reports check cashing rates as high as 5% for one lending store; for a $1,000 check, you’d pay $50. Other services charge even higher rates.

Better Option: Cash a Check at a Retail Store

Many retail stores like Wal-Mart and Kmart offer check-cashing services, as do some grocery chains. Fees vary, but tend to be more reasonable: Wal-Mart charges $3 per check, up to $1,000, and $6 for checks between $1,000 and $5,000; Kmart offers check cashing for $1 or less for checks up to $2,000 and two-party personal checks up to $500. Some convenience stores, such as 7-11, also offer check cashing services.

Prepaid card providers tout their services as “a lower-cost alternative to banks,” but the truth is a bit more complicated. Depositing your check to a prepaid card will incur not only a monthly maintenance fee of around $5, but transaction fees for depositing cash to your card.

Best Option: Cash a Check at the Issuer’s Bank

Getting your money might be as simple as walking into the bank listed on the check itself, as long as the check you’re trying to cash isn’t issued by the government — you can’t just stroll into the U.S. Treasury like it’s your local Bank of America branch.

Banks and credit unions are required to cash checks drawn on accounts at their institution, provided that there’s enough money in the account to cover the check. They can, however, ask you to show identification, so come prepared with a driver’s license, state ID, passport, or other government-issued form of ID.

They can also charge you a fee, which will vary depending on the bank. Years ago, Citibank didn’t charge non-customers for cashing Citibank checks up to $5,000, while TD Bank charged $5 per TD Bank check. In most cases, however, cashing a check at the bank of the person who wrote it will be significantly cheaper than your other options. 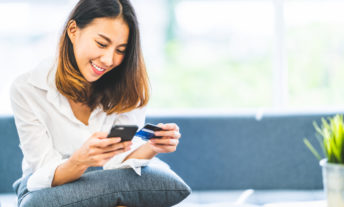 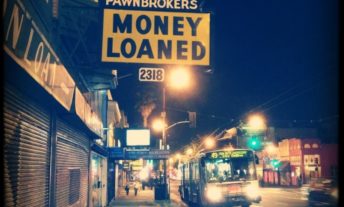 How to Escape the Trap of Expensive Banking