Recently, I saw this infographic about the average American budget in 2013 and it left me thinking about the stories people tell about their money.

The challenge is that many people don’t like the idea of cutting back. The idea of trimming spending sounds miserable and many people just reject the idea without thinking about it. They “deserve” what they have.

In truth, most of our spending is practically invisible to us. When we think about “cutting back,” we usually think about losing things that make up only a tiny fraction of our household expenses. It’s that large majority of expenses that we just quietly pay without thinking about it that kills us.

That’s what I see in the average American budget. I see a lot of expenses that have little to do with day-to-day quality of life and, in that, I see a lot of room to cut back on things without impacting daily quality of life. In fact, I see more than enough room in there to open the door to building an emergency fund, paying off debt, and saving for retirement. Let’s take a look.

Here are the details, straight from the source data:

The average American household earns $63,784 before taxes, which amounts to bringing home $51,100.

What was my takeaway from this? First, there isn’t much money here set aside for savings. It’s a fraction of that “other expenditures” category, and a small fraction at that.

Second, there doesn’t seem to be a huge amount of wasted money. You might expect that, if a person isn’t saving money, that they’re really wasting it. They’re not. There isn’t a bunch of obvious fat to cut here.

So, how does the average person find a way to save? Let’s do some math.

In other words, the average American spends $2.41 per average meal.

Now, let’s say that average American family can shave just $0.10 off of their average meal. You can do that by eating out one fewer time every other week or eating a super cheap supper one night a week – it doesn’t take much to cut that average cost. You can do things like ordering water with your meal or buying generic ketchup to make up that difference.

Over the course of a year, that adds up to $274 in savings. That’s right – save just a dime in the cost of your average meal and you’ll save hundreds per year.

The housing amount given here – $17,148 – goes beyond just the cost of rent but also includes basic utilities, insurance, and taxes. Since these are all lumped together into one category, it’s hard to figure out how much comes from where, but we can find information from other sources.

For example, the EIA states that the average monthly electricity usage in the United States adds up to $110.20 per month. That adds up to $1,322.40 per year. Now, if you can just trim a few dollars off of that average energy bill, with simple steps like switching gradually to LED light bulbs or opening your windows instead of running the air conditioning, you’re saving quite a bit of money. Saving $10 a month on your energy use adds up to $120 a year.

The average homeowners insurance premium, on the other hand, is $952 per year, according to Value Penguin. This is something you can easily shop around on, so if you can trim off just $50 on your insurance by finding a new insurer, that’s $50 more a year.

If you’re looking for a big change, housing affords some great opportunities for big savings. When you move, look for a smaller place rather than a bigger one. It reduces your rent/mortgage, your insurance, and your taxes. If you can just trim 10% off of your annual housing total as an average American, you’re saving $1,714 per year.

The average household spends $2,482 a year on entertainment, and I’m guessing that some of the “other expenses” might fall into this category, too. To break this down, this adds up to a little over $200 a month spent on entertainment.

It doesn’t take a whole lot of effort to trim $20 a month from your entertainment spending – literally just a 10% cut – and that adds up to $240 a year saved.

As with other parts of the budget, it’s not really hard to find ways to cut back here. If you drive 15,000 miles a year and replace your 20 miles per gallon car with a 25 miles per gallon car, with gas at $3 a gallon, that’s a savings of $450 a year.

If you shop around for your auto insurance and manage to save just $10 a month on your insurance package, that’s $120 in savings per year.

Mass transit is a huge money saver for people who live in cities, so if you can find opportunities to use that instead of commuting to work, it’s going to save you money, too.

What Does It Add Up To?

If you did all of the changes listed in this article – none of which are big changes – you’d save $2,700 a year. That’s more than 5% of a person’s average annual take-home pay in the United States.

The key thing to remember here is that none of the changes I’ve suggested are radical. For the most part, they’re things you can do once and then just forget about them without any real alteration to how you live your life. The only difference is that you suddenly have more than $200 more per month.

The question is what’s more important to you? Eating out for the third time this week? Paying extra for car insurance? Driving a car with terrible fuel efficiency? Or having an emergency fund? Saving for retirement? Getting rid of debt?

The choice is up to you. 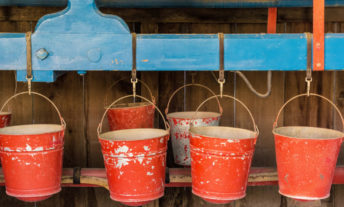 How Bucket Budgeting Can Turbocharge Your Motivation to Save 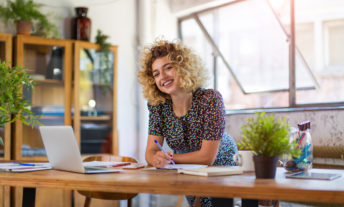 The Best High-Yield Savings Accounts for 2021