Review: Do the Work 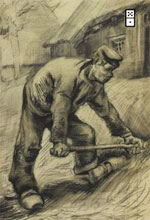 A while back, I reviewed Steven Pressfield’s wonderful book The War of Art. In it, Pressfield discussed not only the challenge of creating something new, but the challenge inherent in earning money from it.

The core of Pressfield’s argument is that earning money isn’t a matter of simply having a great idea. You have to add work to the equation – and, often, it’s a lot of work that needs to be added.

The book is filled with a lot of great ideas, but they’re delivered in very short bites. This is a book that’s wonderful to pick up and dip your toe in if you’d like (or dive in quite deep), but it’s not a good one to discuss in a chapter-by-chapter form (because it’s not in a chapter form). Instead, I just pulled out a few pieces from the book that I found particularly thought provoking.

The three dumbest guys I can think of: Charles Lindbergh, Steve Jobs, Winston Churchill. Why? Because any smart person who understood how impossibly arduous were the tasks they had set themselves would have pulled the plug before he even began.

Most tasks that we have before us in our lives seem almost overwhelming. Dig out from under a mountain of debt? Write a novel, revise it, and get someone to publish it? Launch your own business? Rise to the top of the hierarchy at work?

We’ve all got big mountains to climb in our lives, and it’s often very easy to just say they’re impossible and that we’ll never climb them. They’re not impossible, though. One only has to search for a little bit to see that it is possible to climb that mountain. Someone is the boss. Someone has published a novel. Someone has reached debt freedom.

You’re next – if you’re willing to work.

Don’t prepare. Begin. Remember, our enemy is not lack of preparation; it’s not the difficulty of the project or the state of the marketplace or the emptiness of our bank account. The enemy is Resistance. The enemy is our chattering brain, which, if we give it so much as a nanosecond, will start producing excuses, alibis, transparent self-justifications, and a million reasons why we can’t/shouldn’t/won’t do what we know we need to do. Start before you’re ready.

I have a novel in my head. I have a piano piece I need to learn. It’s so easy to put them off.

Instead, I think I’ll just shut the door for an hour each day and see if I can make these things happen.

The single scariest thing about starting The Simple Dollar was the criticism. It can be very hard to hear the negative statements of others.

Over time, I’ve learned that you only get those negative statements if you’re doing something of worth. Negative statements either come from people who genuinely care enough about your work to contact you or from people who are jealous enough of your work (or insecure enough in their own work, having little or nothing to do with you) to waste their energy firing at you instead of making their own dreams come true.

Embrace the criticism. Don’t use it as an excuse not to do whatever it is you dream of doing.

Is Do the Work Worth Reading?
If you’re having a hard time getting started on that big thing you’re wanting to accomplish, Do the Work is like putting gasoline on the bonfire and handing you a match. It’s pure “get out and do it” motivation with a lot of strong ideas mixed in there for getting it started.

The core truth of this book is very simple, though. You can’t succeed at anything if you don’t do the work, and there’s no better time than right now to get started.

Check out additional reviews and notes of Do the Work on Amazon.com.