Each Sunday, The Simple Dollar reviews a personal development or personal productivity book. 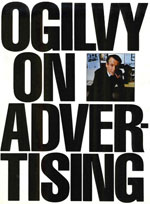 Every time you write anything, you’re selling something.

Throughout my life, different people have given me little nuggets of advice that have proved reliable and true over and over again. The above line was told to me by my technical writing professor in college, who consistently argued that the two death knells of anyone’s writing were being boring and being inaccurate.

What did he really mean, though? At first, my youthful attitude thought that his comment was nonsense and for quite a while, I basically shuttered it out. It didn’t reawaken until years later, when I found myself writing short pieces to try to describe a technical product to a rather uninterested group of people. I began to realize that no one would care in the least what I wrote if I didn’t present it in such a way that first got the interest of the audience and then made them care about it without being inaccurate or inauthentic.

It turns out that this idea is true in everything that you do, from an email to a blog post to a magazine article to a letter. If you don’t get them interested and also present some value for their time spent reading what you’ve done, you’re worthless to them.

My old technical writing professor had told me to pick up a copy of Ogilvy on Advertising, a book that he described as “half completely irrelevant, half the most amazing book on writing ever made.” Unless you happen to be in advertising, this assessment’s pretty spot-on – half of the book is pretty specific to the advertising industry, while the other half is invaluable for anyone who needs to communicate the written word. It’s written by David Ogilvy, one of the true giants in the advertising industry.

A Closer Look at Ogilvy on Advertising

Ogilvy on Advertising is split into a huge number of rather short chapters, thus I found it much easier to extract the important points of the book by going through the whole thing, taking notes, and looking for the big themes in those notes.

The real value is in your big ideas, not your little ones.
This is something that’s often hard to remember during the day to day grind of working on something like The Simple Dollar. Each of my posts constitutes a little idea. Ideally, though, that post somehow catches a glimpse of something truly useful – something that you’ll take home and that will change your life significantly for the better forever. That’s the big idea – the one that when you first see it shakes your foundations to the core, when you begin applying it seems to alter more of your life than you ever though, and when you look back on it you scarcely can believe that you ever lived without it.

Another way to look at it is this – what’s truly the idea you’re trying to get across with this piece of writing? What’s that one big idea, not the little ones? For example, when I make a a giant list of 100 ways to save money, the big idea can be expressed in two words: spend less. All of the little ideas are mere extensions of this big one. If you’re writing something for a wide audience, can the crux of it be explained in a sentence? If it can’t, the big idea will probably fly right by.

Negativity, in the long run, gets you nowhere.
Instead of knocking something down, build something else up. Instead of demeaning someone, give them ideas for how to improve. Instead of just deriding a concept, look for the positives in it and how it can be used for success. The negative might get you “flash in the pan” attention, but the ideas that stick around over the long haul are the positive ones.

Do the research. Always do the research.
Whatever you say should be backed up with facts. The second that you make a statement without evidence, you’re treading on very thin ice, possibly misleading the people you’re writing for and damaging trust. However, if you’ve bothered to do the research, when someone questions you, you’re not alone in support of your statement.

Another advantage of doing the research is that it often points you down interesting new avenues. For example, when I read a personal finance book intending to review it on The Simple Dollar, I almost always get an interesting new idea or two.

Don’t waste people’s time when applying for a job.
There’s a section in the book focusing on applying for a job, including specific tips on how to write a resume. My favorite one is the idea that you should close a cover letter with a very clear next step of action that you’ll take to secure the job, like “I’ll call your office next Wednesday at 8:45 AM to set up an interview” instead of a mealy-mouthed “Thanks for your time and attention.” The former shows confidence and self-initiative.

I was surprised to discover that the book actually contains a lot of information on how to run a small business – in this case, an ad agency. The same ideas apply for pretty much any business – don’t tolerate office politics at all, for starters. Ogilvy suggests firing the people who play the most office politics (lots of blind carbon copies is a sure sign) and when someone comes into your office badmouthing someone else, call that third party into your office and have the accuser repeat their accusation. I wish I could have worked with this man.

Your headline/subject line should be immediately useful.
At the very least, it should clearly let the person know what’s inside the written piece. An even better headline also construes the core nugget of information. Even better, keeping it down to ten words or less. If you can do all three, you have a headline that’ll grab some eyeballs.

This exact same logic applies greatly to modern life. Think about your email. When you check it, what’s more useful to you – an email with the subject line “Updated flight info” or one that says “Updated flight info: departing San Diego at 8AM”? The second one, clearly – it contains most (if not all) the info you need without even opening the email.

The same idea applies to blog posts and so on, the art of which I’m still learning.

Be clear. Clear is always better than vague or clever.
State what you’re trying to get at clearly and directly. Don’t mince words, and don’t try to be clever with double meanings or vague statements. Quote actual concrete evidence if you can.

The best part…
The single best part of Ogilvy on Advertising is the examples. The entire book is loaded with them, in all sorts of media, from newspaper headlines to print advertisements to television commercials and subway cards and so on. Ogilvy includes both bad and good real-world examples, and even a cursory glance at them shows you very clearly what Ogilvy is talking about – the good examples pop and the bad ones are utterly forgettable.

If your career includes even a small portion of written communication, Ogilvy on Advertising is a book very much worth reading. Ogilvy is blunt and straightforward about what it takes to write and create effectively in a way that very few sources on the topic really are.

Be aware that in many portions of the book, Ogilvy speaks directly about aspects of advertising that don’t really apply anywhere else, but the implications are often useful to understand. In other places, though, Ogilvy writes with a searing and direct tone about things that are deeply applicable to anyone who participates in the information economy – how to write effectively, how to write persuasively, and how to make sure your ideas rise to the top.