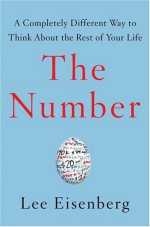 This week, The Simple Dollar takes a look at Lee Eisenberg’s The Number, a frank, well-written, and entertaining book that addresses the one number that so many of us obsess over: the amount of money we each need to live the rest of our lives the way we want to.

For the last few months, the powder blue cover of The Number has been seen in countless bookstore shelves, promising right on the cover to deliver “a completely different way to think about the rest of your life.” The appeal is clear to anyone seeking financial answers: what is the number that will answer the issues I’m facing down the road? Yet as I read through the beginnings of the title, a few things began to become clear to me, the first of which was that I was not invited to this particular party.

The Number is going to be a fairly interesting personal finance book for me to discuss because, even though I am an intelligent and college-educated individual with more than a passing interest in personal finance, this book doesn’t include me in its audience. The audience here is the Baby Boomers facing retirement, and not just any boomers, either; Eisenberg is clearly meditating on the situation of the upper middle class and above.

It’s also written substantially different than most personal finance books. Most books start with a question and attempt to analyze the answer. Eisenberg takes a different approach: he analyzes the question itself. Rather than attempting to come up with a formula with which everyone can calculate the number, he tries to look at the question that the number poses for all of us. What does that number buy us? What does that number really include? Is it even worth caring about?

In short, this book is something of a social science book rather than an economics book. Although it’s not packed with the upper middle class liberal guilt that we saw in Nickel and Dimed, it isn’t a nuts-and-bolts personal finance book, either. Instead, it tries to paint a broader picture of a small slice of the Baby Boomer generation (the wealthy but not quite rich group) dealing with their upcoming retirement – and what that actually means.

Although this book was in fact loaded with a bit of the ol’ Boomer selfcenteredness and was clearly written for more of a general interest audience, I did find a lot of interesting and thought-provoking points inside.

The first third of the book, subtitled “Chasing It,” is more of a sociological study of The Number rather than a practical analysis. It focuses on upper middle class individuals, mostly Baby Boomers, trying to figure out what to do with the rest of their lives as they approach the traditional retirement age, and The Number is what that “retirement” will cost.

During this portion, Eisenberg breaks out a few interesting sociological profiles and ideas from the heap of Boomers. First, he identifies four distinct psychological profiles of people dealing with their Number:

The Procrastinator, who puts off thinking about it at all
The Plucker, who basically picks numbers out of thin air – but at least they’re thinking about it
The Plotter, who is carefully calculating their number in various ways
The Prober, who seeks fulfillment and sees The Number only as a means to an end

After this, things get more interesting. Based on meeting people who fit these profiles and associating with other upper class and upper middle class Boomers, Eisenberg defines five basic principles that explain why people don’t bother to worry about the future (excluding the big ones of death and annihiliation):

Basically, these all come down to one thing: lack of fundamental personal finance education for most people. Though Eisenberg avoids saying so, he hints time and time again that people are woefully uneducated about money.

The part of this section that I really identified with, however, was that describing “the lost years.” The figurative lost years refer to a period of time in which the writer spent without any consequence, racking up debt and not planning for the future. The author had a period of about two decades of “lost years;” mine was about five. Yet I still understood every word he was saying in this part of the book: those lost years cost you for a lifetime. If I had been saving during my lost years like I am saving now, I would almost completely own a home. That’s not only alarming, but it makes me ashamed of that mistake more than anything else in my life.

The middle third of The Number focuses on some of the social nuances of the process of calculating the number. Although this could have easily been the “dry” portion of the book, Eisenberg finds a number of ways to liven up the discussion.

First, he spends most of the section describing a “crash dummy” family and how they’re calculating (or miscalculating) their numbers. By doing this, Eisenberg effectively creates cariciratures of people: a “playboy,” an old family matriarch, young professionals, and a middle class planner each have vastly different true Numbers and also vastly different perspectives of what their Number should be (the playboy’s imagined Number is much lower than it should be, for example).

From there, Eisenberg goes on to analyze some of the additional numbers you need to know to calculate your Number. The most compelling portion here is the discussion of how the 4% paydown number came about (in other words, the idea that your nest egg should be 25 times your living expenses on the day you retire) and evolved over time.

Mostly, however, this section mostly just illustrates that no matter how old you are, you should think about your Number at least a little. Create some assumptions, do some figures, and see what happens. If you’re not doing this, you’re choosing to create a difficult end-life situation for you and for your family.

1: Obsess all you want, but don’t be a sicko
The moral of the story is that the Number is just a means to an end. If the Number itself is your end, you have a problem.

2: Those who say that this is either (a) the Apocalypse or (b) the Golden Age are both wrong.
I vacillate back and forth between these two perspectives, which must mean that the truth is somewhere in the middle.

3: Living in a college town is no panacea.
I lived in a college town for almost a decade. It can be a very interesting place and a lot of fun, but it doesn’t make me younger. I’ve reached the point now where I’m looking forward to my son going to college and then having him point out interesting places that he discovers – and also taking him to my old alma mater and eating at The Flying Burrito with him if it’s still around.

4: Good financial advice rings true.
That’s why books like The Richest Man in Babylon have been able to stay in print for such a long time: the advice that really works always works.

5: Those who know better don’t always do better.
On the other hand, simply knowing that essential advice doesn’t mean that you’ll be a success. It takes a lot of work, not just a lot of knowledge.

6: Younger people always undercall the Number.
I think this is due to inflation, mostly. Right now, I think my number is in the area of $2 million, but I know very well that $2 million in 2040 is going to be a lot less than $2 million is today.

7: The innocent get eaten.
If you think financial advice stinks, don’t take it. That includes anything you read on The Simple Dollar. In fact, if you read something that’s wrong here, please point it out in the comments or on your own blog. This is a discussion above all.

8: It pays to play tricks on yourself.
I agree; tricks like automatic withdrawals at the start of a month or a loose change/cash jar are great ways to get yourself on the right track without too much active thought.

9: Tricks or no tricks, almost everybody suffers from reference anxiety.
Basically, everyone feels somewhat inadequate compared to the finances of others. Unless you’re Bill Gates, someone in the world has more than you do and for most of us, that’s enough to make us anxious or jealous – or both.

10: Practicing “financial correctness” is a huge waste of time.
Yelling about the “unfairness” of some people having more than others is great for academic purposes, but if you spend your life railing on this topic, everyone will look at you, nod, and continue on with our lives. It is fundamental human nature to be competitive, and no matter what’s “right” or “wrong,” no amount of persuasion is going to change that.

Let me put my conclusion right at the start: I recommend The Number to a general audience of anyone who is even thinking about retirement. It is a thoroughly enjoyable read from beginning to end and is filled with tons of great anecdotes with very interesting nuances.

The strengths of The Number are many: quality writing, easy to read, and in some ways quite informative. It’s basically retirement planning set into a readable context, approachable by anyone, and it has enough meat there to make anyone take a few moments and think about their own life in some different contexts. As a mainstream nonfiction work, it succeeds brilliantly.

However, this is not the book you should be reading if you’re seeking solid financial advice for retirement. Even though this book does offer some advice, it is not a book that is going to give you concrete information on how you should be planning for retirement. In fact, that is one of the main themes of the book: retirement planning is a very individual thing, and cut-and-dried plans often don’t cut the mustard as there are too many things to take into account.

Another major flaw is that the writer assumes that the readers are all at a minimum in the upper middle class, earning at least $150K. This is a very unrealistic view of the middle class in the United States, as $50K and $150K are both middle class incomes but point to completely different ways of life. When you’re in the $50K range, you’ve got a much more fuundamental set of worries than the $150K club, and since this book focuses on the $150K club, parts of this book come off as seeming very trivial and self-centered (bits on “I need to be able to afford a Porsche in my retirement” just don’t ring true to me).

I originally reviewed The Number in five parts, which you can find

The Number is the tenth of fifty-two books in The Simple Dollar’s series 52 Personal Finance Books in 52 Weeks.