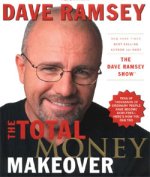 This week, The Simple Dollar is conducting a detailed review of radio host Dave Ramsey’s The Total Money Makeover. This book is basically a distillation of the “Dave Ramsey philosophy” into the form of a self-help book that, in terms of language, has more in common with books like Joel Osteen’s Your Best Life Now or Steven Covey’s 7 Habits of Highly Effective People than with typical personal finance books. If you’re looking for motivation more than for technical personal finance advice, this book will have a lot of appeal; if you’re looking for specifics on how certain investments work, you might not like this one.

Of course, the Dave Ramsey philosophy has its own quirks, as anyone who has listened to his radio show will know. Dave is a big proponent of the “no debt” perspective, meaning that you should pay for everything using only cash. This philosophy is a constant throughout this book, underlining all of the ideas that Dave presents.

In fact, the plan in a nutshell is to save $1,000 as an emergency fund, pay off all your debts, build up a six month emergency fund, then start saving to buy things never using a loan. He’s against credit cards in every form and basically eschews credit in every possible form.

Dave has a very, very strong voice (if you’ve listened to his show, this is pretty obvious) and it continually shines through here, almost to the point of being abrasive. This makes for entertaining reading, but it can almost be distracting from his main points.

The first five chapters of The Total Money Makeover focus primarily on psychological hurdles that one must overcome in order to be ready to build up their personal finances. Perhaps more than any other part of the book, this first portion is imbued with the “Dave Ramsey philosophy” of no debt, no matter what.

The first hurdle is denial. Many people simply deny that there is a problem with their own finances, even as they slip further and further behind. Even people with only a small amount of debt often find themselves in denial if they are spending as much as they are bringing in. What is being denied? The possibility of a disaster, as well as the possibility of great financial success.

The second hurdle is debt myths. Dave asserts that there is a great mythology in the Western world about debt, particularly in the sense that debt is normal and healthy and acceptable. The philosophy here is that debt is never a healthy thing to have, particularly when you’re not mature enough to quickly reduce and eliminate it.

The third hurdle is money myths. Similarly, The Total Money Makeover says that there is a mythology about money as well, that it is the key to solving all of our problems, when the truth is that money is nothing more than a tool. We set ourselves free if we use money as a tool, otherwise money uses us.

The fourth hurdle is ignorance. Most people simply don’t have any idea what it takes to get ahead financially; they just imitate what everyone else does and considers that to be right. Once a person sits down, looks at the problems, and considers a solution, they’re often already on the right track.

The fifth hurdle is keeping up with the Joneses. Hand in hand with the last problem is te need to keep up with the Joneses. Many of us get into debt because we imitate the neighbors so that we “fit in.” The truth of the matter is that the neighbor is likely in as poor financial shape as you are: saddled with tons of debt and so forth. Stepping back and not worrying about the Joneses for a while can set you free.

The second portion of The Total Money Makeover, which includes chapters six through eight, is the building of a financial foundation upon which you can grow. Dave’s a big proponent of the one step at a time concept and proposes a “three step” plan for building a foundation, but upon careful reading it becomes clear that there are actually six steps.

First, develop a budget. To many people, this is a scary step, but it’s actually quite easy for a first-timer to make a simple budget. The goal is to find areas that you’re spending too much on and cap those areas – these tend to be shopping, expensive cars, and other non-essentials.

Second, get all of your accounts current. Hopefully, you can skip this step, but if you have any late bills, pay them off first. You don’t want late bills hanging around that continue to damage your credit.

Third, build up a $1,000 emergency fund as fast as possible. This fund exists to keep you from failing in your plans if a disaster occurs, such as a damaged vehicle or so forth. This is absolutely essential, to the point that Dave encourages people to take out second jobs and sell some of their stuff to create such a fund. He also requires that it be liquid (in a savings account, not in a CD or something you can’t easily touch) so that you can get to it in an emergency and not risk sliding back on your progress.

Fourth, pay off all debts (except the home). Dave advocates a “snowball” approach, in which you list all of your debts in order of balance due from smallest to largest, then make minimum payments on all but the smallest and make a large as payment as possible on that smallest debt. Once that’s paid off, apply everything you were paying on that smallest debt to the new smallest debt, and so on. Eventually, when you get to the big debts, you’ll be making very large payments on them and paying them off quickly.

Fifth, build a “real” emergency fund. Once your debts are gone, you should continue to build up that emergency fund up to the point where it can replace three to six months of salary. You should basically just move the total debt payment you were making in the past straight into saving for this emergency fund.

Sixth, start saving for real purchases. Once your emergency fund is built, now is the time to start saving for big items. That debt snowball payment should now be directed into saving for expensive items, such as a house down payment or a new car that can be paid for in cash.

According to The Total Money Makeover, once a person has reached this level, they have a firm foundation upon which to build.

Once you’ve built a solid foundation by following the steps outlined in the middle portion of The Total Money Makeover, Dave offers suggestions on how to build up your wealth.

It is important to note that prior to these concepts, the book instructs the reader to pay off all debts except for the home loan and build up a six month emergency fund before moving on.

Second, start paying for the kid’s college education. This chapter felt sort of wishy-washy, mostly because Dave strongly hinted that a child learns more if they have to pay for college themselves than if their parents cover it for them. Still, a well-funded 529 savings program is recommended.

Now it gets fun. If you’ve trained yourself well enough to reach this point, you should know very well how to manage your money and suddenly you’ll have more of it floating around than you can imagine. The rest of the book focuses on this stage in life, which we are all striving for: keep some goals, remember who you are, and keep investing.

Before you decide on whether or not to buy this book, I want you to answer yes or no to the following five questions.

1. Have you ever read a general (non-financial) self-help book and enjoyed it?
2. Are you completely lost with your financial situation and want a firm, clear, and simple guiding hand?
3. Have you ever listened to and enjoyed Dave Ramsey’s radio show?
4. Are you a practicing Christian?
5. Do you find anecdotal evidence to be more enlightening than detailed instruction?
I recommend that you buy this book if you answered “yes” more often than you answered “no,” and I also recommend that you don’t buy this book if you answered “no” more often than you answered “yes.” Sound strange? Let’s break it down.

First of all, this whole book is written like a self-help book. It’s not written in the more dry and informative style of many personal finance texts. Dave is up there preaching the truth of personal finance success, and if you’re open to it, he’ll take you along for the ride.

Second, the advice is very basic and direct. The Total Money Makeover plan is about as simple as it is going to get when it comes to personal finance. If you’re really lost and most personal finance advice seems over your head, Dave can probably help.

Third, it comes off like a continuation of Dave’s radio show. If you’ve heard Dave’s show on the radio, what was your gut reaction to it? If you liked it, you’ll like this book; if not, then you’ll probably find this book less than compelling as well.

Fourth, there are some Christian overtones. Dave quotes Bible verses multiple times each chapter. If this makes you uncomfortable, you’ll probably have a wave of feeling uncomfortable every fifteen pages or so; if it’s fine, this is a non-issue.

Fifth, the evidence for success relies heavily on anecdotes. Unlike the conclusions in many personal finance books, which offer raw numbers and walk you through calculations to show you how to do it on your own, Dave’s ideas are often supported by anecdotes. Admittedly, most of the ideas are easy enough to grasp that you won’t need a calculator, but the flood of personal stories from hundreds of people is almost overwhelming at times.

I enjoyed it, and I would recommend it to many people, but not to everyone. It’s a great, simple methodology for getting your money in line, and Dave is an enthusiastic promoter of the message.

I originally reviewed The Total Money Makeover in five parts, which you can find

The Total Money Makeover is the fifth of fifty-two books in The Simple Dollar’s series 52 Personal Finance Books in 52 Weeks.