Amazon, the online retailer that wants to be all things to all people, has just rolled out what may be the retail industry’s first secured credit card.

Aimed at consumers with subprime credit scores or those who have no credit history at all, the card is a smart move for Amazon on many levels.

The Amazon Credit Builder Card is a closed-loop card, meaning it can be used only for purchases on Amazon.com. Thus, Amazon will receive the revenue from any spending on the card.

And in order to get the card, users must provide a deposit of anywhere from $100 to $1,000. (The money will be held by Synchrony Bank, the financial firm Amazon has partnered with to launch the card.)

Bottom line: Offering this card to consumers presents very little risk for Amazon, and a great deal of reward. The company has not only opened a new income stream from the credit card itself, it’s also reaching out to a vast new segment of potential customers.

“This is tapping into a larger trend of 79 million people who have subprime credit and 53 million who don’t even have a credit score,” said Ted Rossman, industry analyst for CreditCards.com. “There are a lot of people who are building or rebuilding credit.”

“This is a smart move by Amazon; there’s a sizable part of the population that is a candidate for this,” Rossman said.

But how good a deal is the Amazon Credit Builder for its intended consumer base — those with subprime credit or no credit history at all? Is it a win-win for them too? Here’s a closer look.

A Foot in the Door

More than 100 million people are credit-challenged, meaning they struggle to access affordable credit because they either have subprime credit scores or are unscorable because of a lack of credit history.

“When used properly, secured credit cards can be a fantastic tool to help people build or improve their credit, in as little as six months,” Levy said. “Unfortunately, they aren’t well-known or understood by the millions of people who could really benefit from them.”

Indeed, secured cards make up less than 1% of U.S. consumer credit, according to the Federal Reserve Bank of Philadelphia.

Secured credit cards are backed by a payment from the cardholder that’s used as collateral. In the case of the Amazon Credit Builder Card, applicants must provide a deposit of $100 to $1,000, which will be held by Synchrony Bank.

The deposit is not the money you’ll be using to make purchases with. Rather, the cash is held by the bank in the same manner a rental deposit is held by a landlord until you move out.

While the consumer can choose how much money to deposit, this feature still may be somewhat confusing or even a drawback for some of low-income users, Rossman said.

“If you put down $500, you will have a $500 credit line, but you still have to come up with a separate $500 to pay that bill. You can’t use the deposit to pay the bill,” he said. “People often have misconceptions thinking deposit means I’m prepaying for the things I want to buy. There may be a little bit of a cash-flow issue for some people.”

In order to build your credit profile, Amazon and Synchrony Bank want to see that you’re regularly coming up with the funds to make responsible payments, Rossman said.

On the plus side, the minimum deposit on Amazon’s Credit Builder card is low enough that it may make the card accessible to those who have previously been shut out from such opportunities.

“When almost 40% of Americans can’t come up with $400 without borrowing or selling something, the security deposit is often one of the biggest hurdles for getting more people into secured cards,” Levy said. “By lowering the minimum deposit to $100, cards such as Amazon’s make the hurdle much easier to clear for lower-income people.”

At 28.24%, the Amazon Credit Builder’s rate is high, Rossman said. However, many retail credit cards have steep rates, he added, with the average retail card charging about 25%.

Issuers charge more interest for retail and secured cards because such cards are often easy to get. But that steep interest could be an issue for some users — particularly those who are not responsible with repayment.

“Secured cards typically have higher interest rates than unsecured credit cards, so if consistently maxed out and not paid off, consumers can face significant fees and can actually lower their credit score,” Levy said. “However, a secured credit card’s limit is usually set to be the same as the security deposit amount (typically around $300), so the impact of a slightly higher APR isn’t huge and the chances of getting into significant debt are limited.”

Users should also be clear about the fine print with regard to the Amazon Credit Builder’s 0% offers for larger purchases. For instance, for purchases of $149 or more on the Credit Builder Card, users are eligible for 0% financing for six to 24 months.

Purchases of $300 or more are also eligible for 0% financing, but cardholders must adhere to what’s known as “Equal Pay Financing,” a repayment structure that requires making equal payments every month for 12 months.

The concern about these options is that they may cause consumers to overspend. What’s more, there’s often a lack of understanding of how 0% financing works, Rossman said.

“The thing some people get trapped by is the 0% promotions,” Rossman said. “They have a big ‘gotcha’ to be aware of, and that’s the deferred interest. “When they say 0% for 12 months, that means if you don’t pay in full by the time that time clock runs out, they’re going to charge you back interest, on your average daily balance, all the back to the beginning.”

The Payoff: Upgrade to a Regular Card in 7 Months

For those who do manage to make responsible, consistent payments, the reward is Amazon’s offer to allow users to upgrade to a regular credit card after seven months. It’s yet another attractive feature for those working to build their credit.

“I think this is a really good starter card,” Rossman said. “It’s incredibly easy to get because you’re putting down a deposit. And if you have good payment history, they will evaluate you for an upgrade to their regular card. There can be some pretty quick improvement using this card. You can rebuild a subprime score or build a new score relatively quickly.”

But to truly reap the credit improvement benefits being dangled by this card, Levy adds one last tip: Keep your credit utilization low.

“In order to maximize the positive impact on a credit score and limit fees paid, secured card users should keep their credit utilization to less than a third of their overall credit limit and should pay their balance in full every month,” Levy said. “In that regard, a retail-based secured card such as Amazon’s, which is limited to store or site purchases only, may actually make it easier for consumers to keep their balances at the right level and not overspend.” 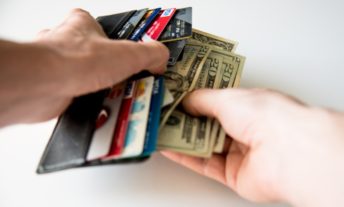 Best Cash Back Credit Cards for 2020 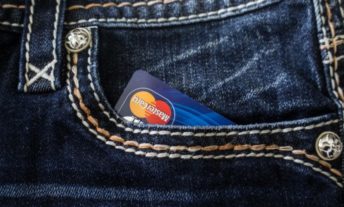