Enjoy a credit card that offers months of 0% interest.
By Alex Gailey

Independently researched content by us. Free financial advice for you. To do that, we may get compensation when you click on our partners’ products. Our lists consist of the best cards from our partners. Not all cards in the marketplace have been evaluated. View our full advertiser disclosure to learn more.

Independently researched content by us. Free financial advice for you. To do that, we may get compensation when you click on our partners’ products. Our lists consist of the best cards from our partners. Not all cards in the marketplace have been evaluated. View our full advertiser disclosure to learn more. 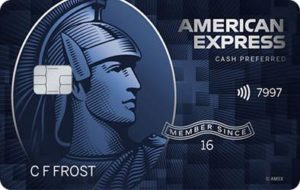 Who should get it

Anyone with a large family or who makes a lot of everyday purchases — such as groceries and gas — will benefit from the perks of the Blue Cash Preferred® Card from American Express, including a period of 0% intro APR for 12 months (after that an ongoing 12.99% - 23.99% Variable (See Rates & Fees))

With the Blue Cash Preferred® Card from American Express, you’ll benefit from 0% intro APR for 12 months (after that an ongoing 12.99% - 23.99% Variable (See Rates & Fees) APR) when doing balance transfers and making large purchases. The high rewards rate for grocery shopping and gas makes up for its annual fee.

Start your application now Back to top

While a 0% intro APR credit cards does not offer a permanent solution to getting rid of credit card debt, it can help you accomplish several financial goals. With 0% interest credit cards, you can consolidate existing debt or take your time paying off a big purchase over 12 months or more.

But you’re not alone. The good news is that revolving consumer credit, which includes credit card debt, fell for the second straight month in September 2019 by more than $1 billion, according to the Federal Reserve. That’s the first time that has happened since the summer of 2012, according to Federal Reserve’s historical data.

Credit card debt is much more common than you think, and even the best of us can struggle to pay down a growing balance. The average credit card debt per cardholder — and there are now 148 million of us in the United States — was $5,645 as of August 2019, according to a report by TransUnion.

A temporary solution to credit card debt could be finding the best 0% APR introductory offer for you. This will give you the ability to make payments during a period of time with 0% interest and pay down debt much faster, so it’s important to pick the best 0% interest credit card for you.

*If balance transfers are requested within 60 days of account opening

Discover it® Cash Back

Who should get it: The Discover it® Cash Back is for anyone with good credit craving an easy-to-earn sign up bonus with no minimum spending requirement and the ability to earn 5% cash back at different places each quarter like grocery stores, restaurants, gas stations, select rideshares and online shopping, up to the quarterly maximum when you activate. Plus, earn unlimited 1% cash back on all other purchases.

Why you’ll love it:

The Discover it® Cash Back offers a high rewards rate that puts money back in your pocket and doesn’t have a spending requirement for its unique sign up bonus, which offers a dollar-for-dollar match at the end of your first year.

What does 0% introductory APR mean?

An APR or annual percentage rate is the percentage of interest you pay over a year when you borrow from a card issuer. A 0% introductory APR offer is a temporary special offer on purchases, balance transfer or both that typically 12-15 months after opening a new credit card account.

What is a good APR for a credit card?

Good APRS for credit cards exist and can be easy to come by, but whether you get a “good” APR with your new credit card depends entirely on your own credit score and several other factors out of your control, such as Federal Reserve’s rates.

The national average APR across all credit card accounts reached 15.09% as of the first quarter of 2019 — the highest rate recorded since 1994, according to the Federal Reserve data.

However, you’ll never be charged interest (based on APR variable) if you pay your balance in full from month to month. But if you do carry a balance, the APR will determine how much interest you pay over time. The higher the balance and the longer it’s not paid in full, the more interest you’ll be charged by the card issuer.

Best ways to use a 0% interest credit card

What determines the APR on a credit card?

What qualifies as a “good” APR varies and is typically based on several factors, including a benchmark figure called the prime rate, the Federal Reserve’s interest rates, as well as your own credit habits.

Card issuers also use a term known as “prime rate” to determine what the APR for a customer will be. The prime rate is a lending rate that card issuers offer to customers who have the best credit. The better your credit score and the more consistent you are with paying our credit card balance off and on time, the lower your interest rate will be. It shouldn’t be surprising if the lowest advertised APR for a credit card you apply for isn’t what you get.

Should I close a credit card after the 0% intro APR period end?

There are several things you can do after the 0% period ends that will benefit you further down the road. To start, don’t transfer the remaining balance to a new card. Avoid transferring a balance again if you have debt left over after the period ends because you could be deemed “risky to borrow” by lenders.

Secondly, it’s important to keep the card account open, regardless of whether the debt is paid off. The best thing to do is to pay in full to keep the account active, which in turn helps you build your credit. Remember to never pay late, or you’ll be penalized by the bank either through a late fee or a penalty APR. Lastly, try to create a realistic budget that gets you where you want to go financially.

For rates and fees of the Blue Cash Preferred® Card from American Express, please click here

Please Note: Information about the Discover it® Cash Back have been collected independently by TheSimpleDollar.com. The issuer did not provide the details, nor is it responsible for their accuracy.

Editorial Note: Compensation does not influence our recommendations. However, we may earn a commission on sales from the companies featured in this post. To view a list of partners, click here. Opinions expressed here are the author's alone, and have not been reviewed, approved or otherwise endorsed by our advertisers. Reasonable efforts are made to present accurate info, however all information is presented without warranty. Consult our advertiser's page for terms & conditions.