Amazon made big waves in the business world with its recent purchase of Whole Foods Market. As surprising as that was, it makes sense — Amazon was already a big player in the grocery game. They offer many bulk foods, as well as fresh food deliveries in certain areas through their Amazon Fresh delivery program. The Whole Foods deal seems like it will make those initiatives even more successful.

Amazon’s purchase of Whole Foods happened right around the time that my Costco membership was up for renewal. I figured that Amazon would soon have some Whole Foods-type offerings at discount prices, so I decided to cancel my Costco membership and give it a try. It was time to flex my millennial muscles and enter the brave new world of grocery delivery services.

There are many options for grocery delivery services, with Instacart and FreshDirect being two of the biggest. But, I decided to try Amazon both because of the Whole Foods purchase and simple brand loyalty: I’ve been an Amazon user forever, and I trust them to do a good job.

Over the past month, I tracked my spending via Amazon and compared it to my previous Costco purchases. Here’s how the two services stacked up.

Amazon Fresh requires an Amazon Prime membership, which costs $99 a year (and comes with perks like free video and music streaming). Amazon Fresh costs another $15 per month on top of that, so the total cost comes out to $279 a year (or $180 if you’re already a steadfast Prime member regardless).

One nice thing is that Amazon offers free one-month trials of both Prime and Fresh, so you get to try it out before committing that large sum. Another thing to keep in mind is that Amazon Fresh charges a delivery fee on orders under $40. That’s not a problem for me, as I do big buys when I use the service, the same way I would at Costco.

But, it’s clear that over the course of the year, Costco is the winner in this department, by a wide margin — it’s $159 cheaper for the executive membership, and a whopping $219 cheaper for its basic membership.

Can Amazon make up that ground with its product prices? Let’s have a look.

Prices will vary by region and time of year, but we’re going with what I paid in the summer of 2017 in New York City. (These are per-unit price, as opposed to total cost.)  Also, this is not intended to be an exhaustive list, but rather a reflection of what I’ve actually been buying.

Whoa. I figured Costco was cheaper, but I didn’t think it would be that much cheaper. Amazon cost me an extra $44 compared with my previous month using Costco. If it wasn’t for the frozen shrimp, Costco would have beat Amazon on every single item I bought.

Over the last year, I made bi-monthly trips to Costco. If we suppose that I’d use Amazon Fresh at the same rate, and that the price gap between the two holds up, then I’d end up spending an extra $264 for my food at Amazon. Adding in the membership difference, Amazon would cost me $423 more per year than Costco.

That’s quite a bit more than I was expecting, but it wasn’t a deal breaker either — because Amazon Fresh excels in a key area where Costco falters.

Opportunity cost refers to the idea that the time spent doing a task must be factored into the total “cost” of the task. So, if you normally spend two hours on your trips to Costco, those are two hours you could theoretically be spending on any number of things that bring you value or money. You don’t get that time back.

Unless you’re the type of person who likes fighting for parking, crowded aisles, screaming babies, and long lines, you probably consider your Costco trips more work than play. I also just learned that Costco purposely moves their items around so that you’re never quite sure where to find them. They want you to wander the aisles, as this increases the chances you’ll throw a 12-pack of Honey Nut Cheerios into your cart on a whim.

These are not issues you face with Amazon. Their ease of use is a big part of what makes the service shine.

Initially, it takes a bit of time to scroll through their site and find what you want, as with any shopping experience. But at least this can be done from the comfort of your home. Once you have your shopping list set, you can simply click a button and have the same deliveries made, whenever you need them.

You can time the deliveries so that you’re home when the goods arrive, or you can have them waiting for you. They do a great job of using cold packs to keep frozen foods cold, so even if there’s a time where your groceries will be sitting for a while, you don’t have a melted mess on your hands.

Amazon is one of the premier companies in the world when it comes to deliveries, organization, synchronization, and supply chain management. With their Fresh service, it shows. They just seem to get it right, and I never had a missed delivery or a screwed up order.

At this point in my life, the simplicity of Amazon is actually worth that extra cost. I can find other ways to make up the difference. If I have to sacrifice some other things in order to pay for the luxury of having all my food magically show up at my door, without fighting traffic or thinking, “I wish I could affix a horn to the end of my cart because it’s the only way anyone will ever make room for me,” I’m fine with that.

Costco’s in-house bargain brand is called Kirkland, and some people swear by it. Kirkland makes quality, affordable goods ranging from socks to eggs. If you’re a Kirkland brand loyalist, you must factor that into your decision. Finding a brand you trust that is also affordable is no small feat. A Costco membership makes a lot of sense for those who could never fathom a world where they can’t buy the Kirkland brand.

On the other hand, if you like variety, Amazon has Costco beat. I’ve had many trips to Costco where I got a bit bored by their selection. I know I’m nitpicking, but if you want, say, figs, Amazon lists 20 different options. Costco has one. I’m sure the Costco analytics team has done their research and realized that they wouldn’t benefit from expanding their fig selection. But, if you want to try different brands or styles, you’re out of luck.

Those who are still refining their palates and exploring options might give Amazon some bonus points for their wide selection. There are plenty other intangibles that might sway your decision, too — like if there’s a Costco right around the corner from your house, or if you’re already a loyal Amazon Prime member. These are personal factors that are hard to quantify.

No matter how I slice it, Costco wins big on price. During a period of my life where I had more free time and a car, I wouldn’t think twice about re-upping my membership. But, being car-less and busy, I find Amazon’s convenience to be an irresistible option that’s worth the extra cost.

That said, everyone has different circumstances. And it’s not too difficult to try out both to see which one you prefer: Amazon offers a free one-month trial, and while Costco doesn’t offer one-day passes like Sam’s Club does, if you know someone with a membership, it’s easy to tag along for a shopping trip.

Both retailers are popular for a reason — they have a lot to offer their customers. So unless you’re a fine fig connoisseur, you can’t really go wrong with either one. 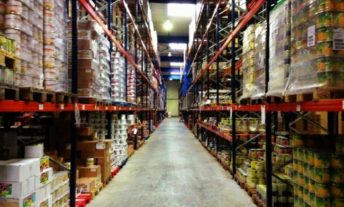 Opportunity Cost, or Why Costco and Sam’s Club Aren’t Always a Bargain