Costco vs. Dollar Tree: When Does Bulk Beat the Buck?

The dollar store is only a great deal if what you’re buying is worth a dollar.

In our neck of the woods in Washington County, Ore., the nearest dollar store sits in a darkened corner of a strip-mall parking lot, sparsely populated on all but the highest-traffic holiday weekends. The nearby Costco, however, is packed to near-capacity every weekend it’s open.

The latter requires a minimum $60 membership and relies on bigger-ticket bulk purchases for its savings. The former charges just a dollar for every item it sells – as Dollar Tree and 99 Cents Only do, but Dollar General and Dollar Tree-owned Family Dollar often don’t – but is expected to grow to more than 34,000 locations by 2020.

But here’s the thing: Dollar stores aren’t always a better deal than the average bulk store. Even compared to a store like Walmart, items often cost more at dollar stores than they would somewhere else. That’s especially true with name-brand products. As Clark Howard points out, dollar stores shrink the size of shaving cream, toothpaste, and other supplies to keep up with inflation, giving you less for your dollar.

They pick up items in bulk and benefit from the economics of scale, but dollar stores don’t pass on the deals they get from wholesalers or inexpensive importers to consumers. They’ll break up cases and sell items for $1 in stores whether or not that’s their until price in bulk.

As a result, AOL noticed that dollar stores maintain huge gross margins – larger than discount or supermarket chains – and actually make more money on every item they sell than their competitors. By selling smaller sizes and cheaper goods for a higher unit price, dollar stores disguise their windfall as deals.

Last year, Dollar Tree and Dollar General alone made nearly $50 billion in revenue. That’s twice as much as Macy’s, but only about half that of Kroger. However, by keeping wages low, making stores smaller to prevent shoplifting, using anti-theft tags on all items, managing and expanding their own truck fleets, expanding generic product lines, sourcing from places cheaper than China, and keeping the buy-in price low, dollar stores are keeping their profit margins above 30 percent.

So what is a consumer to do? Consider an up-front investment and then shop for deals. I’ve gone shopping before to prove a point, but this time I’m taking a $60 Costco membership with me, trolling the aisles and comparing unit prices to those at the dollar store. On the following 10 items, even $1 per item is a bad deal.

The dollar store charges considerably less here — just $8 for the same quantity of batteries. But, as Consumer Reports has noted, dollar-store batteries contain less stored energy than brand-name batteries. That may work out just fine if you’re using them in low-energy devices like remote controls, but could have unintended consequences if used in items like smoke detectors.

This one really just comes down to simple math. To get 1,300 square feet at the dollar store, you’d have to pay $13. Meanwhile, Costco’s cling wrap comes out to less than $1 per 100 square feet. It pays to break down the unit pricing every so often.

Yet another area where it pays to peruse the unit prices. While the dollar store comes up cheaper for some spices (cinnamon costs almost double per ounce at Costco), Costco’s bulk spices are one of their best bets for deals — at least, for those spices you cook with the most.

Prices vary by variety, but Costco still offers a slightly better deal in bulk. This doesn’t hold true for cat food, though, so be grateful, dog owners.

Dollar Tree comes close to Costco on some paper products, but not here. At Costco, you get 25 more filters than you would at Dollar Tree for each dollar you spend.

You’re getting nearly an extra bag for every dollar you spend, and nearly a dozen extra bags total. For a decidedly cheap product, that’s a steep price differential.

It’s one of Costco’s key specialty items, but it’s always a worthwhile spend. It’s also a reminder of just how inexpensive Costco’s house Kirkland brand can be.

Costco’s big tin of peanuts gives you five ounces for every dollar you spend. Meanwhile, the Dollar Tree’s closest offering has to split up the peanuts into single-serve bags.

As nominally cheap as the dollar store is, Costco offers better per-unit pricing on most items. The only catch is that you need both an annual membership and the means to buy in bulk upfront to take advantage of those prices; if your grocery budget is a tight $100 a week, you’re not going to want to spend $19 of that on paper towels in one trip. 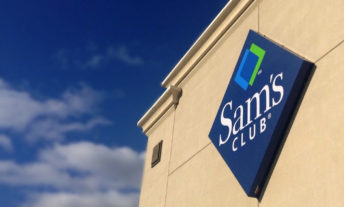 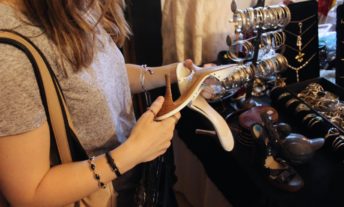 Goodwill vs. Old Navy: Which Is the Better Option for ‘Cheap’ Clothes?