Cashing Out 401(k) To Pay Off Credit Card Debt?

A reader writes in with an interesting scenario:

I’m 28 years old and I have two 401(k) accounts, both with about $30,000 in them. At the same time, I have about $25,000 in credit card debt because I made some very stupid moves a few years ago. I’m paying this debt down, but it’s at a snail’s pace – I have played some balance transfer games, but I still keep getting hit with finance charges. Even if I never charge another cent, I calculate that I won’t be able to pay off this tremendous debt until 2011. I have my financial life in order now and I’m spending much less than I bring in each month.

I am considering using one of the 401(k)s to pay off debt. Even after the tax penalties, my calculations show me that I’ll get about $21,000 out of one of them, leaving me with a little under $4,000 in credit card debt which I could eliminate by the end of the summer.

Should she do this? There are a few factors to consider here.

First of all, she’s 28 years old, meaning that she’ll be paying into a 401(k) for a few decades before she will retire. Given that she still has $30K in a 401(k) indicates that she’s putting a pretty heavy amount into them each month. While this move will obviously hinder retirement, it isn’t a complete disaster.

Second, that amount of credit card debt is a serious weight. She’s pretty clearly committed to paying it off the right way without damaging her credit any more than it already has been, which means that she’s going to have a long road ahead to get it all paid off. If she’s accruing finance charges on even some of it, it’s going to be very difficult to make significant forward progress on the debt without some sort of significant change in the situation.

Third, she’s looking at four years of intense debt repayment to dig out of her hole. That’s not easy, and to pull it off she’s going to have to have a very solid period of time in her life. If she loses her job or another significant event occurs, she could be in very significant trouble.

In the end, I find that this is one of those numbers versus emotions issues. You can draw up all sorts of models out of this scenario and many of them will say that she loses money in the long run by doing this. I tried plugging in some salary and 401(k) estimates and I found time and time again that looking at this situation from age sixty-five, even with conservative investment growth, it looks like a bad financial decision purely based on the numbers.

Yet I still think she should make this move. Without making it, she will be beholden to a significant debt over the next several years that is going to limit her choices and her opportunities in life. What if the perfect job came along for her, but she couldn’t take it because it meant an initial reduction in salary? She might pass up opportunities for love, for children, for many other things because of the burden of debt – it influences your mindset and decision making in countless ways. She’s 28 years old, she would still have $30K in retirement, and would be much closer to being debt free with this move.

Any additional advice here is more than welcome! 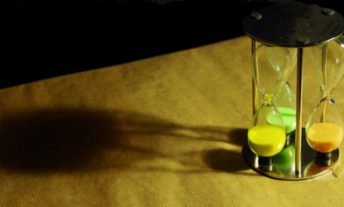 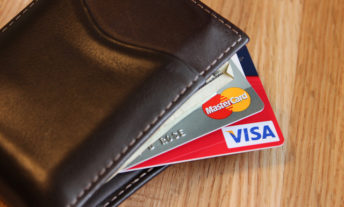 10 Steps to Rid Yourself of Credit Card Debt Forever