The State of American Credit Card Debt in 2015

Americans continue to dig a deeper hole when it comes to credit card debt. According to the Federal Reserve and other government statistics, our penchant for indebtedness means that the average household now owes $7,281 in credit card debt alone.

But here’s the thing – that average includes even those who carry no debt at all. So when you take out the households and families that don’t carry a balance on any of their credit cards, the average outstanding balance surges to $15,609.

What’s more, as of early 2015, the total outstanding consumer debt in the U.S. has risen to $3.34 trillion. That figure includes car loans, credit card debt, personal loans, and student loan debt — but not mortgage debt. (That would add another $8 trillion to the pile.)

Source: government data; current as of 2015.

Further proof that credit card debt and general indebtedness are heading in the wrong direction comes from a recent study on credit card debt from CardHub. According to the study, consumers ended 2014 with a $5.71 billion net gain in credit card debt, which means we’ve now seen six consecutive quarters of increasing credit card balances as a nation.

What Does This Mean for the American Economy?

Credit card debt and household indebtedness aren’t necessarily a bad thing. New mortgages mean new homeowners, a huge driver of construction and retail activity. And the underlying consumer spending that results in credit card debt leads to economic growth and expansion. The more people spend, the faster our economy can grow – and the more jobs and wealth will ultimately be created.

And if wages are rising in a healthy economy, that’s a good thing. The problem is, prolonged indebtedness cannot necessarily be sustained; it may be a symptom of people living beyond their means or trying to keep up with rising prices even as wages stagnate. Furthermore, down cycles work to suppress credit card spending, further deflating the economy.

From 2007 to 2010, for example — which includes the prime years of the Great Recession and some of the hardest years the American economy has seen in decades — the number of Americans carrying credit card debt fell dramatically as many consumers buckled down and either cut up their cards or were forced to stop spending — or perhaps even went into default. Among households carrying debt, the median debt load dropped 16.1% from 2007 to 2010, from $3,000 to $2,600.

The following statistics, courtesy of Nasdaq, break down the extent of American indebtedness even further.

As total balances grow higher and higher, you would probably assume that the percentage of Americans carrying credit card debt has also increased with each passing year. However, the exact opposite is happening.

As American debt loads climb higher than ever before, the percentage of Americans racking up those debts is shrinking:

This can only mean one thing: While more and more households are choosing a debt-free lifestyle, households who feel comfortable carrying debt are taking on more of it than ever before.

While this may not pose a problem in every case, mounting debt loads may ultimately take a toll on many of those families.

The Credit CARD Act of 2009 added certain protections that made it harder for students, specifically, to get into credit card debt. The law took effect in 2010, and has two purposes according to the Consumer Financial Protection Bureau.

The first is fairness, since the law was designed to “prohibit certain practices that are unfair or abusive, such as hiking up the rate on an existing balance or allowing a consumer to go over limit and then imposing an over limit fee.”

A second objective was transparency. With its passage, the Credit CARD Act aimed to “make the rates and fees on credit cards more transparent so consumers can understand how much they are paying for their credit card and can compare different cards.”

With the average student loan debt expected to be nearly $35,000 for 2015 graduates, this law was very well-intentioned. Meanwhile, it’s had a relatively positive impact on the overall indebtedness of college students. Consider these statistics:

Where Is American Household Debt Headed?

The Federal Reserve’s Report on the Economic Well-Being of U.S. Households in 2013 examined survey results to reveal some startling conclusions when it comes to Americans’ household indebtedness. A few interesting statistics:

With those statistics in mind, it’s fairly safe to say that household indebtedness may continue to increase until something drastic happens, such as an economic crisis on the scale of the Great Recession, which led American households to pay down debt from 2007-2010.

In the meantime, it appears many Americans are all too comfortable with their large outstanding balances. 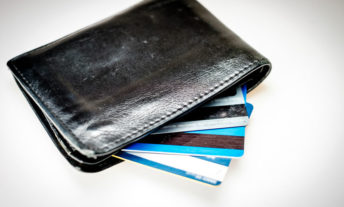 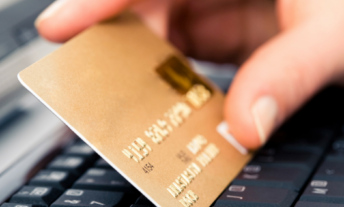