Is the Golden Age of Credit Card Rewards Travel About to Change?

By now you’ve probably heard of The Points Guy, an individual who turned maximizing credit card rewards into a fabulous jet setting lifestyle, ultimately spawning a lucrative cottage industry aimed at helping others do the same.

With the assistance of sites like The Points Guy, RewardExpert, UpgradedPoints, and others, the stories of globetrotters enjoying lavish trips around the world entirely on rewards points have become the stuff of legend.

In such an era, it was perhaps only a matter of time before credit card issuers began revising the way such programs work — and it appears that reckoning may soon be here.

A recent report from The Wall Street Journal revealed that JP Morgan Chase, Citigroup, and American Express are all considering cutbacks to their rewards programs.

The cost of such programs for card issuers has increased an average of 15% year-over-year. At Chase alone, credit-card holders had accrued $5.8 billion in rewards they had not yet redeemed as of the third-quarter of 2018, a figure that represents a 53% increase from the end of 2016.

A growing number of consumers have turned gaming the rewards system into an art form, opening multiple cards to snag large sign-up bonuses, strategically using credit cards to maximize rewards, and then closing some of the cards shortly after redeeming rewards.

All of which makes it hardly surprising that credit card companies are now contemplating ways to alter rewards programs, including scaling back upfront offers and identifying ways to boost long-term card usage.

Industry watchers say the golden age of globetrotting with the help of rewards points is hardly ending, but the industry does appear to be undergoing something of a recalibration.

“These programs are very profitable in some respects, but they’ve been hit pretty hard by people taking advantage of rewards and taking them to a level they were never intended to go to, and that cuts into profits for credit cards,” said Beverly Harzog, a consumer finance analyst and credit card expert for U.S. News & World Report.

Changes and revisions to rewards programs are not a new or unusual occurrence. They often follow on the heels of people using rewards in ever more inventive ways, said Harzog.

Additionally, rewards have been robust for many years because issuers were competing to attract the top customers — that elite group of consumers known to be big spenders. Now, however, that particular market of consumers has been somewhat tapped out, said Harzog. There are other dynamics at play as well.

“With credit loosening up a bit, we’re going to see people who don’t spend as much obtaining credit cards and card issuers are trying to make adjustments to accommodate this new demographic as well,” Harzog explained.

Jim Angleton, president for Aegis FinServ Corp, a wholesale provider of reward and loyalty cards plus programs for the credit card industry, says the topic is very timely as many of the 1,200 entities his company serves have been actively revisiting rewards offerings.

“Some are actually increasing the benefits, while a large number are lowering the bar for a less-is-best theory of adding revenues to their companies,” said Angleton. He added that MasterCard, Visa International, Diners, and J Card are all revising rewards programs, and while some of those changes may benefit the consumer, many will reduce current perks.

In the evolving credit card rewards landscape, reduced sign-up offers may become more typical, and will be just one of many tweaks and changes being made.

“Credit card companies might start doing different kinds of targeted reward categories too, such as lifestyle categories aimed at niche markets like entertainment, shopping, or dining,” said Harzog. “But I don’t think sign up bonuses will be as high as they have been over the past five years or so.”

In addition, Angleton says his company’s rewards partners are tweaking the point values consumers earn for their spending. For instance, past programs have utilized a formula under which consumers received up to three rewards points for every $100 spent.

“Recently, we have noticed that the vast majority of airlines and private jet charters have reduced the reward amount down to 1.5-times the amount spent per $100,” said Angleton.

Yet another change taking place involves revised program structures designed to encourage long-term card use, rather than ditching them once rewards have been used.

Credit card issuers are also cracking down on those who apply for multiple cards simply to secure a valuable signup bonus. Chase’s United℠ Explorer Card is one such example. Like most Chase cards, the language of the card’s requirements explicitly state that the 50,000 after spending $3,000 on purchases in the first 3 months of account opening – mile signup bonus is only available to those “who have not received a new cardmember bonus for this card in the past 24 months.”

What Can Consumers Do?

With all of the changes taking place, it will be incumbent upon consumers to read contracts carefully and to do research when considering a new credit card.

“It’s buyer beware. Read the fine print. And when someone sends you disclosures, read them and see where the changes have occurred on your program,” said Cyndie Martini, president and CEO of Member Access Processing, the largest aggregator of card services for credit unions in the United States. “You will see an onslaught of disclosures coming.”

Martini also suggests actively shopping around for a card if you have a particular rewards goal in mind.

Angleton concurs, noting that airline travelers will see many changes to their credit card rewards programs and cautions that the rewards-oriented customer should begin reviewing the new terms and conditions being mailed.

“By law, all rewards members must be given up to three months’ notice that the programs are changing. They must outline clearly what the previous (as signed for) programs were and what the new services-programs are,” said Angleton. “This means that you will have up to 90 days to review your changes and either stay as agreed or opt out.”

One last tip: If you’re a frequent traveler, look into shifting to a hotel credit card, suggests Nathan Grant, credit industry analyst for Credit Card Insider. Hotel cards continue to offer some of the most lucrative rewards available when it comes to free night stays, he said.

Daniel Gillaspia, creator of the travel rewards blog UponArriving, says the era of rewards travel is hardly coming to a close.

In fact, some credit cards have recently issued the most generous rewards bonuses Gillaspia has ever seen.

“The Captial One Venture card had a 75,000-point offer. The Arrival Plus from Barclaycard still currently has a 70,000 point offer,” said Gillaspia. “If these type of offers had come out a couple years ago, people would have been crazy about them.”

Like other experts, Gillaspia suggests that what’s now taking place is an evolution among credit card issuers designed to attract more profitable customers.

Overall, he says, there’s every indication that banks still feel obligated to offer compelling upfront value with their cards and to create products that include attractive bonus categories to reward consumer spending. As long as those two factors hold true, most consumers won’t have much to worry about.

“For those who loved to take advantage of those true gray areas and take things to the extreme with credit card rewards, things have definitely gotten more difficult for them, and will probably continue to get more difficult in the future,” said Gillaspia. “But if you’re talking about the average consumer, or even those who use these cards a little bit heavier than the average person, those people still have plenty of opportunities.” 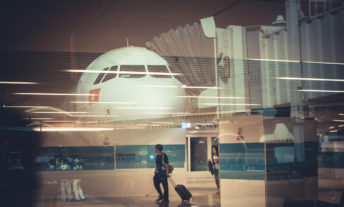 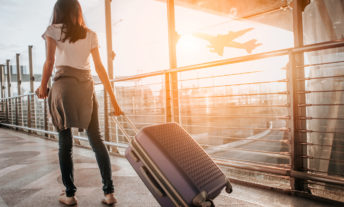