When it comes to paying for things, most people still grab their wallets and pull out a debit card. However, mobile pay apps like Apple Pay, Google Pay and bank-specific apps are significantly more secure. Since your credit and debit card information is encrypted in the app, mobile pay significantly decreases your odds of debit and credit card fraud. But while Millennials and Gen-Z have been quick to adopt the use of virtual wallets, other groups have been slower to embrace the trend.

“Peer-to-peer payments are taking root in the U.S. market; however, adoption tends to be stratified based on age group. According to PSCU, roughly six in 10 Millennial and Gen-Z consumers in the U.S. report using a mobile wallet or a P2P payments platform,” said international entrepreneur, speaker, author and fintech thought leader Monica Eaton-Cardone. “Among those, about half say they use it regularly. Institutional change has been slow going, though, due to older legacy infrastructure.”

The lag in consumer use has caused some virtual payment apps to shutter, including the Chase Pay mobile app, which JPMorgan Chase plans to discontinue in February 2020. But virtual wallets are easier and safer to use than debit cards, and there are a ton of other benefits to adopting this type of technology.

Why use a virtual wallet instead of your debit card?

“Mobile payment apps like Apple Pay offer significant security advantages over typical card payments,” Eaton-Cardone explained. “They use the same tokenization technology as EMV chip cards, meaning you can take advantage of the same level of security in eCommerce transactions as you have in brick-and-mortar. Plus, they typically offer two-factor authentication; you must first unlock the device, using a passcode or biometric scan. After unlocking the device, you need to provide a secondary form of authentication to authorize a payment.”

Is there still some risk with this type of payment? Sure, but that’s going to be the case with any type of payment. “While mobile wallets are more secure than standard card-not-present transactions, no technology is perfect. With a P2P app like Venmo, for instance, it’s still possible for a fraudster to take over your account. Alternately, bad actors could take over the account of another user you trust, then trick you into sending them money,” Eaton-Cardone said. “I would strictly advise consumers to never use these apps on a public or unsecured WiFi connection. No matter how safe they may be, there’s always the possibility of any information you transmit via public WiFi being intercepted.”

2. You’re protected against fraud, which isn’t always the case with P2P apps.

The fear of fraud may have deterred consumers from using a virtual wallet in the past, but virtual pay apps use the same protections as a physical credit card. If someone steals your information from your virtual pay app and uses it, you aren’t responsible for the charges.

“While I understand people are always apprehensive about new and unfamiliar tech, they really have nothing to fear from digital payments platforms, so long as they abide by best practices. When it comes to fraud, mobile wallets are essentially treated as extensions of whichever card is connected to the device. For instance, if you experience fraud while using Apple Pay, then the fraud protections specified by law would apply, as would those offered by the bank that issued the card connected to your wallet,” Eaton-Cardone said.

You won’t have that same fraud protection with some peer-to-peer payment apps like Venmo, though. “With most P2P apps, those protections are much sparser. U.S. law guarantees consumers the right to request a chargeback to recover fraud losses, and also imposes limits on cardholder liability. P2P apps like Venmo, though, are more analogous to a wire transfer; there’s no guarantee of chargeback rights in these cases,” Eaton-Cardone said.

3. Virtual payments are simple to use — no wallet required.

What’s easier than clicking a button on your phone and aiming toward a point-of-sale station? Nothing, really. Cash transactions require you to carry enough money with you to cover all your purchases, plus you’ll have to deal with all of the other annoyances that come with cash transactions, including a pocket full of change. Credit cards are easy to be used, but scammers can swipe them without you realizing it to steal your information.

Virtual payments, on the other hand, don’t require that you have anything in hand but your phone — which we all know is the case no matter what you’re paying with. The transactions are smooth each and every time, plus most virtual payment apps allow you space to store several credit cards at once, which means you won’t be stuck using the same card over and over for each transaction.

4. They’re accepted all over the place.

Target, Starbucks, Walmart and most other big-box retailers — as well as most online shopping platforms, apps, vending machines and even taxis — offer the option to pay with a virtual payment app. Apple Pay alone is accepted at millions of businesses, and that number only increases as time goes on. That’s not just the case in the U.S., either. Plenty of other countries have embraced virtual payment technology even faster than the U.S., including China, Japan, Canada and most of Europe.

“Europe’s embrace of P2P payments is directly related to their widespread adoption of instantaneous payments. While the U.S. is taking steps toward a modernized payments system — the FedNow Service, for instance, which may go live as early as 2023 — we still have a long way to go,” said Eaton-Cardone. 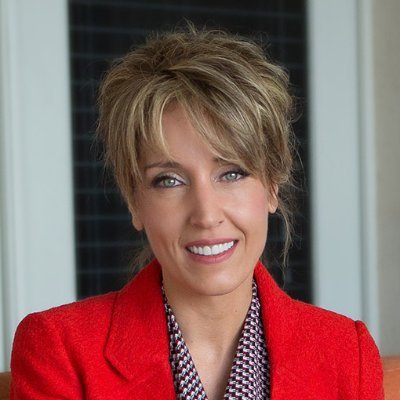 Monica Eaton-Cardone is the co-founder of Chargebacks911, eConsumerServices and Global Risk Technologies. Her financial and entrepreneurial expertise has been featured in USA Today, The Wall Street Journal, ComputerWorld, The New York Times, CBS News, NBC 8 Tampa, and ABC 7 Chicago. Follow her on Twitter. 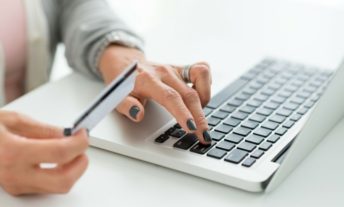 Credit Card vs Debit Card: Which Should You Use Online?

Angelica Leicht is an editor at The Simple Dollar who specializes in mortgages, mortgage refinancing, home equity loans, and HELOCs. She is a former contributing editor to Interest.com and PersonalLoans.org.