Why Your Credit Score Could Get a Big Boost This July

People who have tax liens or civil judgments appearing on their credit reports are about to get a huge Christmas present… in July. The credit bureaus this week announced they’re going to delete or “purge” the vast majority of tax liens and judgments from consumer credit reports; that’s a big deal for many consumers.

Let’s step back a minute: The CDIA is the Consumer Data Industry Association, which is the trade association of the credit reporting agencies (Experian, TransUnion, and Equifax). The NCAP is the National Consumer Assistance Plan, the result of the credit bureaus’ settlement with 31 state attorneys general that changes how the credit bureaus do business as it pertains to things like data accuracy and dispute resolution.

Paraphrasing Eric Ellman, interim president of the CDIA, the three credit bureaus will implement new standards when it comes to new and existing tax lien and public record information. Essentially what this all means in English is this: If you have a tax lien or a judgment on your credit reports, that information is going to be removed. “Implementation of these new processes will begin July 1, 2017,” according to Ellman, but we know it’s actually going to be roughly July 1, 2017.

Now, I’m not prone to exaggeration, but this is a really big deal.

There’s nothing, absolutely nothing, in the Fair Credit Reporting Act that requires the removal of liens and judgments. And there’s nothing in the settlement language between the credit bureaus and all of those attorneys general that obligates them to remove liens or judgments. This is a choice the credit bureaus made on their own, and it’s pretty good news for consumers.

Normally a judgment can remain on a credit report for seven years from the date it was filed. And unpaid tax liens don’t ever have to be removed from credit reports. Even when a lien has been paid and released, the credit reporting can continue for another seven years.

So, this move by the credit bureaus will result in the removal of some of most persistent negative information in the credit reporting environment.

This is also going to cause some pause for lenders that use credit reports and credit scores. Just because the credit report isn’t going to contain judgments or tax liens, they will still exist as a public record. And it’s an empirical fact that people with liens and judgments are riskier than people without those items. This hasn’t gone unnoticed by industry players.

David Stevens, president of the Mortgage Bankers Association, told the Washington Post that “blocking this information will raise some applicants’ credit scores artificially, creating false positives that make individuals appear lower risk than they are.” Stevens is absolutely correct.

Further, in the same Washington Post article, Tim Coyle, senior director of real estate and mortgage for LexisNexis Risk Solutions, said that a study conducted by his company found that borrowers “who have a judgment or tax lien are five and a half times as likely to end up in serious default or foreclosure as are borrowers who do not have such items in their files.” He is also correct, as the absence of credit reporting doesn’t equate to an absence of credit risk.

So, while this is great news for consumers, it’s not-so-great news for lenders who rely on credit report information to make decisions. It’s now incumbent upon them to figure out how they’re going to react after July 1. 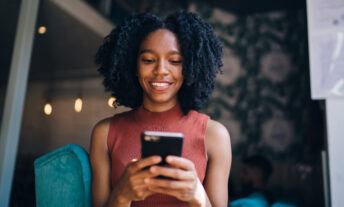 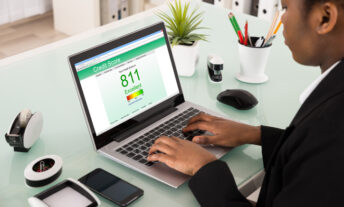 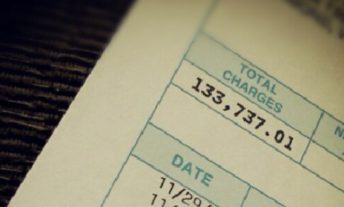