Credit FAQ: Will the Government Shutdown Damage the Credit of Furloughed Workers?

It’s January 11, 2019 – the first day paychecks will not arrive for some federal workers due to the government shutdown. Among other worries, furloughed employees may be wondering how missed or delayed debt payments might impact their credit if the shutdown continues and they’re unable to pay their credit cards or other bills on time.

The good news is, you’ve got a little bit of time. For all credit card statements received, regardless of when, the due date will be at least 21 days AFTER the date of the statement date. This is a CARD Act requirement. For all other loans, the due date is set by the lender in accordance with their policies and state and/or federal regulations.

For example: If your due date is April 15 and you do not make your payment, the earliest your lender can report you as being “late” to the credit bureaus is May 15.

Can government workers be protected from negative credit reporting and credit score damage resulting from not receiving a paycheck?

There are four “parties” involved in credit reporting and credit scoring: your lenders (data furnishers), the three credit reporting agencies (Experian, TransUnion, Equifax), credit score developers (FICO, VantageScore), and borrowers (me and you). Here’s how each of them might play a role.

Data Furnishers: These are companies that “furnish” or report information to the credit reporting agencies. These are almost always financial services companies, loan servicers, or debt collectors.

(There is an exception: Student loan servicers that service federally guaranteed student loans are bound by their agreements with the federal government to report late payments to the credit reporting agencies.)

If the lender/data furnisher chooses to provide some sort of deferment or forbearance to their borrower and NOT require payments to be made during the government shutdown, then their borrowers would not accumulate late payments during the shutdown. That would mean no “shutdown based” credit report or credit score impact.

Credit Reporting Agencies (CRAs): There is no systemic method for the CRAs to prevent late payment reporting for a minor subset of the U.S. population simply because they have been furloughed or are otherwise unpaid because of the shutdown. The CRAs don’t know who is furloughed and who is not. They also don’t know which late payments are caused by the shutdown versus those that have been caused by something else. There is also no way to code any particular account as being “subject to government shutdown.”

There’s very little, if any, direct action the CRAs can take during the shutdown, other than advising their data furnishers on their credit reporting options.

Credit Score Developers: Credit scores are influenced by what appears on a consumer’s credit reports, as reported by the furnishers. The models that are currently commercially available do not have a facility that would allow consumers to escape influence from the credit reporting of late payments by lenders who have government borrowers.
There’s no exception programmed into credit scoring systems that can differentiate between late payments caused by a government shutdown and those caused by some other reason.

Borrowers: To the extent borrowers can continue to make at least their minimum payments while they are furloughed, this will protect their credit reports and credit scores from any negative credit impact caused by the furlough. If borrowers cannot or choose not to make their payments, they may very well end up with late payments on their credit reports — which will remain there for the subsequent seven years, as allowed under federal law.

Borrowers can certainly make the case to the CRAs that the reason they couldn’t make their payments was because of the government shutdown. At that point, the CRAs would likely contact their lenders for guidance on how the account should be reported. This is, and has long been, a standard practice when a consumer challenges information on their credit reports. The lender can either choose to have the CRAs remove the late payments (called a “goodwill deletion”), or they can choose to have the CRAs maintain the late payment(s), which would be completely legal. 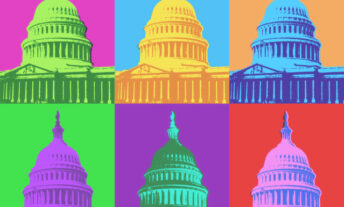 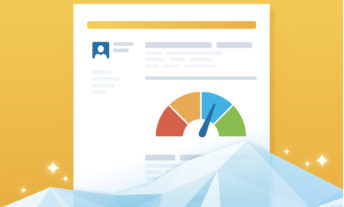