Over the last three days, three different readers have written to me in a panic, concerned that they may be the victims of identity theft. At least one of these readers clearly was a victim of such theft – the other two may have had their identity stolen, but it hasn’t been used yet.

I’ve been the victim of this myself in the past. I had the number of one of my unused cards stolen a couple years ago (the data was apparently on a backup tape that was stolen from some organization) and it was actually maxed out before I became aware of it. It took quite a bit of effort to get that all straightened out, including calls to all the credit bureaus. If they had been even a little bit more subtle, I probably would have never even known about it and my credit would have been destroyed.

There’s a lot of good advice out there on how to react to possible identity theft – call your bank, all of your credit card companies, and the three credit bureaus, for starters. This advice, though, is really only useful if you’re pretty sure your identity already has been stolen.

On the other hand, there are some very simple things you can do to prevent (or at least heavily reduce) the chances of your identity being stolen.

7 Ways to Protect Against Identity Theft

Never give out personal information to solicitors, especially bank account information, credit card information, your Social Security number, your mother’s maiden name, or your drivers’ license info. If someone calls you on the phone, emails you, or stops by your door, never give out this information. If they’re offering something you’re interested in, tell them that you’ll think about it and initiate contact to them yourself – and don’t trust the contact info they give you. Look up the organization and find the correct contact information online, then contact them.

Never enter any information into an online form unless you know quite well who you’re connecting with. Don’t follow links in emails and enter information because it looks like PayPal or Amazon. Instead, go to those sites directly first by typing in the URL.

Shred or burn any bill statements you no longer want to keep. I find a big bonfire works best for this kind of thing, but many people are in places where this doesn’t work. Often, bill statements contain enough information for at least the potential of identity theft, so keep them filed until you no longer need them, then burn them. Remember, though, that shredded bill statements make fantastic kindling for fires if you’re camping – almost anyone can get a fire started with that stuff.

Keep an eye on your credit reports. Get your free credit reports from the Federal Trade Commission each year (not freecreditreport.com) and make sure you know what everything is on that report. If there’s some stuff that you’re unsure about, track it down immediately.

Keep firm control over your wallet. I usually keep mine very thin and then store it in a high coat pocket most of the time, or in a front pocket during the summer. My wife actually carries a wallet much of the time, too, instead of a purse or a bag. The key is to make sure that you know where it is at all times and make sure it’s tough for pickpockets to easily grab it.

If you’re really concerned about identity theft, Identity Guard can be a big help. Their service is a bit pricey, but they basically provide most of the help described above, both the preventative stuff – automatic sending of credit reports each year, automatic credit report monitoring, removal from credit card mailing lists – and situations where you lose your wallet, as they’ll call all of the credit card companies and other document issuers if you have your wallet stolen. Plus, they offer legal protection for you if your identity is stolen while using their service. For me personally, this service is a bit of overkill, but if identity theft is something that genuinely concerns you, it’s worth looking into.

In short, be smart. Your personal data is valuable – don’t make it easy for others to just grab it from you. If you live by that simple rule of thumb, you’ll drastically reduce the chances of identity theft in your life. 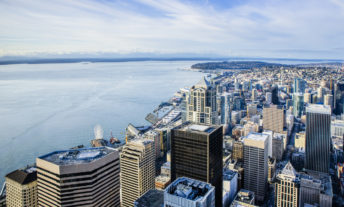 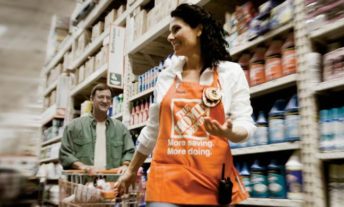 11 Ways to Get Out of Debt Faster