Should You Buy That? We Answer 5 Reader Questions About Major Purchases

Spending hundreds or thousands of dollars on a single purchase is a major commitment, one that you may come to cherish or may come to regret. Today, five different readers are looking at a big purchasing decision on their plate. Can they find a good economical solution to their decisions regarding major purchases? Let’s take a look!

1. How should we pay for this home addition?

My wife and I are considering a home addition and I wanted to get your insights into a few things.

Our current home has three bedrooms, two bathrooms and is 1,350 square feet. We have a 2-year-old and plan on having another soon. Eventually, each child will have their own bedroom, and we will lose a guest room. We are thinking of adding on a room that would serve as a multipurpose room to watch television, relax and have a foldout couch for guests.

1. Are we better off adding on in this way or simply shopping for a larger home?

2. How do we begin finding a reputable contractor to handle the job? Ask friends and coworkers?

3. We have enough saved to pay in cash but it would deplete all of our savings. Should we get a loan for part of the cost with interest rates so low?
– Timothy

It sounds to me like this is a choice you’re making to future-proof your home, so you can stay there as your family grows a little. If you’re happy with the house in other respects then that’s a good move. If you’re not happy with some aspects, then consider moving elsewhere, but be cautious to make sure you’re not buying more home than you need. If there’s one consistent piece of advice I have for anyone buying a home, it’s to avoid buying one that’s bigger than you need.

If you’re looking for a contractor, I would talk to as many local people as I could and get their feedback. Talk to people that you know personally — friends, coworkers and acquaintances in the community — and lean on their recommendations.

In general, it’s a good strategy to avoid tapping savings that would take you below six months of lean living expenses. That’s a good threshold for a family to have to safeguard against emergencies. If you have more than that, then use that extra savings for this expense.

2. How much should I spend on a gaming computer?

My teenage son wants to build a gaming computer and has given us a list of parts he wants for it. He has asked for them as birthday and Christmas gifts. We asked him to provide entry-level and more expensive options for everything but it’s all expensive. We don’t think we could provide him with even enough entry-level parts to build anything for his birthday. I don’t know the first thing about this, so I hope you can help.
– Anna

What I would do, if I were you, is start with the parts for an absolute bare-bones computer with some room for upgradability. For example, you could start with the destitute parts list on this website. Since I don’t know what your exact starting point is, you may have the funds to get the parts for a slightly better system — if you can afford the minimum parts list, go for it.

The only thing I would consider for an immediate upgrade is a somewhat better power supply, like one of the ones from a better system because it wouldn’t be fun for your son to have to replace a power supply soon when there would be cooler things to upgrade. Thus, your total expense for the bare-bones system out of new parts will be around $300, which you could split up with grandparents if that works best for you.

If you have any friends that you think might have a few extra used parts, talk to them and use those parts to fill in the blanks. If you can get a used 650W power supply, for example, or even a 500W, that’ll save $50.

From there, ask him what upgrades from that minimum system would be most important to him and focus on those for holiday gifts. He might, for example, want a better processor, more memory or a bigger hard drive. Just buy an upgrade for that one item and get him a good version of that item.

3. What are the advantages of an expensive dishwasher?

Followed your idea and looked at Consumer Reports for a dishwasher recommendation. They seem to love Boschs but I can get the IKEA one they like for half the price. Is it worth that much more? Can’t really figure it out.
– Kevin

Consumer Reports is great at helping people figure out which models are exceptional and which ones stand out against similarly priced models, but when you’re comparing a huge price difference, it’s trickier. I looked at dishwasher comparisons and you’ve correctly identified the best dishwasher in the $700–$800 range and the best one in the $500 range, and you seem to have access to an additional discount at IKEA.

4. Should we invest in solar panels?

Are solar panels worth it? A family on our block just had them installed. Can’t find any info that doesn’t just seem like an ad.
– Barry

I have three friends that have installed solar panels on their home in the last several years, and their experiences have been consistent. In all cases, the panels have significantly reduced their energy bill, but not quite as much as was estimated. In each case, they initially thought they would pay off the panels in about eight years, but the payoff point was really between 10 and 12 years. None of them have had any significant problems with the systems. One installation survived a significant hailstorm with no problems, and another survived the Midwest derecho this summer with no problems.

[ Related: Eco-Friendly Home Modifications That Can Lower Your Insurance Premiums ]

None of them have sold their homes, but their estimated property value went up by about $5,000 due to the improvement. After all, it’s a sure sign that the home is going to be pretty energy efficient. Also, panels are significantly more efficient if they’re on a south-facing roof (in the Northern Hemisphere at latitudes outside the tropics, which would include the U.S.).

So, my recommendation would be that if you have enough savings such that you can pay for it in cash without tapping into true emergency funds and you intend to live in the house for at least another several years, it’s a worthwhile investment that will return value to you as long as you live there. If that doesn’t describe your situation, then it’s probably not worthwhile.

5. How much should I pay for a commuting bicycle?

I recently moved 3.5 miles away from my job. I have been taking the bus to work but it takes almost 45 minutes each way. Tried walking but that takes about the same or longer. I asked a coworker about the bike he uses for commuting, and he sent me the info and the bike costs $4,000, which is just ridiculous. Suggestions for a reasonably priced commuting bike? All the ones in recommendation articles are thousands of dollars too.
– Keith

While there definitely are some commuting bikes that are in that price range, that’s definitely on the high end for commuting bikes in my experience, unless you are exclusively looking at very high-end bikes. That’s the price range you get into when you’re buying the absolute top recommendation from focused bike publications. For example, when I looked at Bicycling‘s commuter bike comparison, the top selection was a $4,000 bike, but it also recommended what seemed like an excellent $400 model, the Civia Lowry Step-Thru.

I would absolutely start with a less expensive bike for this purpose. If I were you, I’d go to a bicycle store and ask about entry-level commuter bikes. If the shop allows it, give a few of them a test ride. Get an understanding for what you like and what fits you well before you invest in one. With the length of your commute and the fact that this is new to you, you really don’t need to invest in a high end one right off the bat.

Do you have any questions? The best way to ask is to follow me on Facebook and ask questions directly there. I’ll attempt to answer them in a future mailbag (which, via full disclosure, may also get re-posted on other websites that pick up my blog). However, I do receive many, many questions per week, so I may not necessarily be able to answer yours. 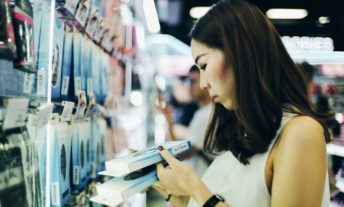 10 Questions to Ask Yourself About Any Purchase 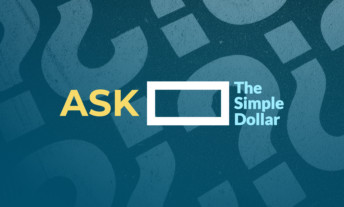