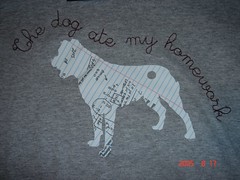 When you’re entrenched in a large pattern of bad habits and you’re challenged to escape those habits, it’s very easy to fall back on an excuse of some kind to “explain away” and justify your poor choices.

I know this from experience. I used many excuses to continue my poor spending habits and I still use them sometimes to talk myself out of exercise or other tasks that I know I need to do.

Excuses are the epitome of failure. Every time you come up with a weak or unjustifiable reason for not doing something you know you should be doing, you’re choosing failure over success. You’re choosing to be broke instead of financial healthiness.

Here are eight common excuses that people use – and I used many of them myself – to avoid taking charge of their money, and some thoughts on why each one is nothing more than a crutch used to avoid actually taking charge of one’s situation.

I was born poor.
I was born poor, too. I grew up in a house where the walls of the stairwell were falling in and eventually were covered up with plywood sheets. There were many times where supper came from what we caught or what we picked from the garden that day.

I carried that concept into adulthood, believing that there was no real need to plan for the long term future because I could quite easily return to those “born poor” roots if I needed to. So I spent. And spent. And spent.

What I was spending wasn’t just fun money, but it was protection against ever having to return to poverty. Instead of spending wildly on fun things, if I had merely paid off all my debts, socked money into retirement, and spent less than I earned, I would have lived a very happy and comfortable life while also creating some protection against ever having to return to a low income level.

Spending money under the badge of having been born poor ensures just one thing: you’re walking a tightrope that, if you slip just a bit, will take you right back to that situation you worked hard to escape from.

You only live once / you’re only young once.
This excuse is absolutely correct, but it’s often used to excuse frivolous behavior when it actually should teach the opposite lesson.

You’re only young once, right? Well, let’s say Carl is 22 and he has a choice over the next eight years to put $1,000 away in his retirement account at an 8% annual return. He does that, but when he’s 30, he gets married and has kids, so he stops saving. Alexandra, on the other hand, spends her twenties blowing that extra $1,000 – she’s only young once, right? But then, at age 30, she realizes the mistake she’s made and starts saving $1,000 a year.

You’re absolutely right – you’re only young once. Don’t waste it.

The lenders tricked me.
You made a mistake signing up for a loan you couldn’t really afford – and now you’re stuck. You’re facing payments bigger than you can handle and things seem scary.

You have two choices here. You can either stick your fingers in your ears and go “lalalalalala…” using your situation as an excuse for poor behavior or you can face your problems and try to fix them.

Call up your lender. See what you can negotiate. Look into owning less expensive vehicles. Sell off some of your extra stuff. Look for a second job. Try to sell your property and go with something cheaper, even if you have to take a loss.

You have options. Ignoring those options and using the situation as an excuse to spend does nothing more than dig the hole deeper.

I have no idea how to manage money.
I can’t do math. I don’t understand investing. I don’t know how to balance a checkbook. So I just won’t do any of it and hope things turn out well.

Ignorance is fine – it’s something that can be fixed. If you don’t know something but are open to learning it, you can find books and help for learning almost anything. Hit your local library and check out some books on the subject. Look for classes offered in the community on these topics. Search the internet for assistance (especially The Simple Dollar, using that handy-dandy search form on the upper right of each page). You can even ask smart people you know for help.

What’s not fine is choosing to be ignorant. No one knows everything – what separates those that succeed from those that fail is whether or not you seek out answers for the questions you have and seek out help for the things you don’t know how to do.

I work hard and I deserve some reward for it.
This is a crutch I used all the time. Books, CDs, DVDs, video games, golf equipment, expensive trips – all of these were my “reward” for my hard work. And I deserved it, right? I worked my tail off and that should mean I get to taste the good life.

There’s a few big problems with that, though. My desire to have the “good life” often meant that I didn’t have adequate time to actually fully enjoy the elements of that good life. DVDs would sit unwatched (or only watched once). CDs would sit unheard. Video games unplayed. Books unread. Golf equipment in storage for months. Trips hastily planned and not fully enjoyed.

Sure, I lived the “high life” with all the stuff I wanted, but I didn’t actually get to enjoy a lot of it.

Here’s a simple antidote to this crutch: scale back a little on what you’re spending. Instead of shopping for more things, spend some time enjoying the things you already have. Master that video game instead of buying a new one. Watch the DVD, then watch it again with the director’s commentary, and dig through the special features before buying a new one. Wear a new item of clothing a few times before adding another to your wardrobe. In short, thoroughly enjoy those things that you’re purchasing.

God will protect me.
Many people have a deep faith through which they find answers to many of their deepest questions. Some people, though, come to rely on this faith for everything, acquiring a deep belief that they will always be protected from everything because of their faith.

Most faiths agree, however, that one of the gifts God has given us is that of free will. We have the power to make choices for ourselves – we are not automatons.

God has already protected you. God has given you every single tool you need to protect yourself. You have the free will to choose whether or not to use them.

I’m so far behind that there’s really no hope.
Undoubtedly, there are some financial situations that are simply disastrous, without any easily clear road out of the hole. It’s understandable how such situations can lead one to despair and a sense of hopelessness, and from that an adoption of dangerous behaviors and habits.

However, the truth is that no situation is hopeless. There is no situation that you can’t fix with proper focus and appropriate assistance from others. Perhaps bankruptcy is the right situation for you – contact a bankruptcy lawyer. Maybe the situation isn’t as bad as you think and can be solved through careful diligence and a strong plan.

The first step here is to talk to someone about it. Reveal everything and ask for their help in getting out of the situation. A true friend – someone you really trust – can be a lifeline in this situation.

But it is not hopeless. It is never hopeless.

I don’t make enough money to make ends meet.
A final excuse that people use to keep themselves from taking action is the excuse that they don’t earn enough to make ends meet. They’ve cut away everything and it still seems impossible. A low income is certainly a big obstacle to overcome – and the solution to it is obvious. Earn more. Look for a higher-paying job. Start a side business. Do something to earn more income.

Many people will then claim that they don’t have the skills or knowledge to do that. Well, if that’s the case, what’s keeping you from building those skills? Take some evening classes. Teach yourself as much as you can. Be an attentive and serious student. You can learn the skills you need to succeed at a higher level.

Don’t let excuses tell you what you can and can’t do. “Rules” like those are made to be broken.

Loading Disqus Comments ...
Financial
TOOLBOX
Drowning in credit card debt?
Try a Balance Transfer Card
Is your money making money?
Choose a High-Yield Savings Account
Tired of huge interest payments?
Consider Debt Consolidation
Latest from Trent
What To Do With That Last Little Bit Left in the Container
What to Do When the Novelty of Frugality Wears Off
Buying the Best, or Just Good Enough?
Read more from Trent
Featured on: