What’s the Difference Between Minimalism and Frugality?

“Minimalism” seems to be a trendy topic these days, with glowing articles in the New York Times and in The Atlantic and minimalism gurus like Marie Kondo writing bestsellers (she even has a Netflix show — and it’s pretty good!).

As someone who has practiced frugal living for a long time, the ideas and principles behind minimalism seem to be insightful and a useful parallel to frugality. Minimalism offers many insights that are valuable to financially successful people, and it definitely offers tools and ideas for financial success. However, even though minimalism shares some practices and principles with frugality, it is actually quite distinct from frugality.

But what’s the difference between the two practices?

Minimalism, as it is used today, generally refers to the reduction in the number of one’s possessions to lead a more simple life. The reward for doing this is that you spend less time in basic upkeep, maintenance and organization of your possessions.

For example, let’s say that all of your possessions fit into a single duffel bag and you lived in a tiny home. You would have far fewer housekeeping, cleaning and organization tasks in your daily life than someone who has filled a four-bedroom house to the brim with possessions.

Frugality, on the other hand, simply refers to an economical approach to the consumption of resources, often focused on money, but spreading to other resources such as time and energy.

[ Read: 4 Ways to Better Understand Risk in Your Personal Finances ]

For example, a person who invests the time to evaluate several options for a purchase — including not buying the item at all, borrowing it, renting it and so on — and chooses the one that provides what they perceive to be the best lasting value for their dollar is practicing frugality. They are concerned with maximizing the value that they get for one of their resources — their money.

1. Minimalism isn’t concerned with how much money is spent

Minimalism is primarily interested in reducing the number of physical possessions you own. While this might overlap with spending less money because, well, you’re buying fewer items, it does not mean that a minimalist necessarily spends little money.

A minimalist is much more likely to invest in high-end products that last longer and won’t need replaced within a few years. While they may spend more money than what the average person would consider wise on a product, that product hopefully won’t need to be replaced in their lifetime.

Again, a person who is really driven by minimalism might find frugal insights useful in decisions like these, and the reverse is true for a frugal person, but in general, the minimalist is less concerned with money as a resource than a frugal person is.

2. Frugality doesn’t necessarily object to the accumulation of possessions

On the flip side of that concept is the idea that a frugal person isn’t necessarily concerned about the accumulation of possessions, provided that those possessions have a use and are acquired economically.

My favorite example of this is found in a garage. Many frugal people have lots and lots of tools because they get value out of repairing things. A frugal person often acquires these tools on discount, buying them at garage sales, estate auctions and even at retailer sales. A minimalist would buy a small set of tools, intending to multi-task with them, and those tools would be very well-made and seen as an investment. However, the minimalist might not necessarily have the perfect tool for a specific repair job, whereas the frugalist is much more likely to have that perfect tool.

The perfect example of this concept is an Amazon Kindle. For a minimalist person, a Kindle makes a lot of sense as it effectively is one small device that replaces an entire bookshelf. However, since Kindle books take up no physical space, there’s little restriction for most minimalists in terms of acquiring books. You can have thousands of books on a Kindle, and it’s still just one device. Some minimalists are definitely concerned with digital minimalism, but the overall minimalist approach is more concerned with physical objects and considers physical objects to have a much greater cost.

A frugal person is much more concerned with the purchase of a book, regardless of the medium. Will this book, whether digital or physical, bring enough value into my life to warrant the purchase? A frugal person might perceive an additional cost to owning a physical book because of the space it takes up, but they might also perceive an extra “cost” in having a digital book because it can’t be swapped with a friend or at a Little Free Library.

One major aspect of minimalism is that it tends to redirect a person’s energy away from material things and toward experiences, but it puts no real restriction on the money a person might invest in experiences.

A frugal person, on the other hand, applies much of the same logic to experience-related spending as they do to the purchase of physical objects. Will this expense provide me enough value to warrant the financial cost and the lost opportunities that come from spending that money? That line of questioning applies to everything for a frugal person, regardless if it’s a physical object or an experience.

One of the most well known frugal strategies is bulk buying nonperishable items. If you use an item frequently, it’s almost always a good frugal choice to buy it based solely on the price per unit, and that usually means buying a large quantity at once.

[ Read: Trying to Save Money on Food Costs? Read These 6 Tips ]

Of course, this usually means bringing a large number of physical objects into the home, even if they’ll eventually be consumed. This flies straight in the face of minimalist approaches, which focus heavily on minimizing the number and volume of physical objects owned. Furthermore, a minimalist is likely to gravitate toward a smaller home, which means that there’s less storage space for bulk buying.

Frugality and minimalism are two approaches to managing life’s resources that offer valuable tools to financially responsible people. They do share many tactics and approaches, but they also differ in many ways. A financially successful person draws from both sides of the coin, using tactics from each philosophy as tools for their path. Neither approach is right or wrong, and regardless of your own personal tendency, there are likely tactics that minimalists can borrow from frugalists and vice versa. 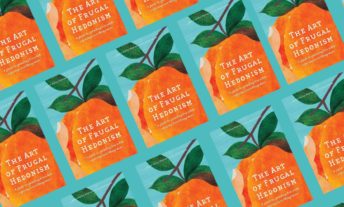 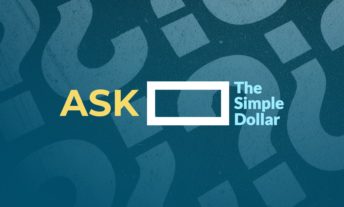 12 Unconventional Ways to Save Money During the Pandemic