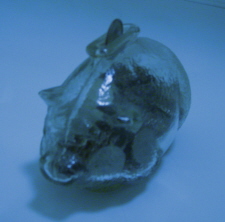 The last two years have taught me many, many things about personal finances. Some of the lessons have been useful and others thought-provoking, but a few have really knocked my socks off and changed the way I view the world. Here are the five lessons I learned that really altered my perspectives.

1. Every time you buy anything, you sacrifice a bit of your dreams

I have an old college friend who constantly moans about how he hates his job and how he dreams of not having to work any more. Yet every single weekend, he spends about $100 on two new video games and about $60 on beer and pizza – he then spends the whole weekend “zoning out on reality” by playing games and watching football.

He constantly tells me how he should be making more money and how it’s difficult to save money, but it’s pretty easy to see that he’s spending away his future here. Every time he buys a video game or goes on a beer and pizza binge, every single time, he extends his attachment to the misery of his job. If he took that $160 a week and invested it, then spent his weekend free time looking for other avenues to raise money (like building a side business), he’d be moving directly towards the kind of freedom that he wants.

While his case is an extreme example, it’s true to a degree for all of us: every frivolous purchase is an active choice to postpone our dreams. Consider what your dreams are the next time you pull out the plastic – and ask yourself if this item you’re buying is worth giving up a piece of that dream.

2. There is no such thing as a free lunch

I used to often do things like sign up for in-store credit cards to get that “awesome” 10% discount. To me, it was like they were giving me money for free! I used to collect big time on the credit card offers on campus as well that offered “free” tee shirts just for getting a card.

Bad move. There is no such thing as a free lunch. If someone is giving you something for “free,” you will be giving them something in exchange. Often, it’s your time – other times, it’s personal information or access to you as a customer. Sometimes, it’s a freebie in exchange for signing up for something costly, as is the case with freecreditreport.com.

If someone offers you something for seemingly nothing, step back for a second and think about what they’re actually getting in return. Usually, it’s something more valuable than the freebie – your time, your information, or sometimes even your money.

3. My “income” wasn’t nearly as high as I believed it to be – and neither is anyone else’s

Want to see how much you really make? Take your salary, then subtract your annual income taxes from it. Then subtract all of the extra expenses you incur because of work – professional clothing, transportation to and from work, extra food, work-related social gatherings, travel. Then add up how many hours you actually contribute to your job in an average week – time at work, time transporting to work, time spent traveling, time spent doing other work-related tasks like buying work clothes and attending work-related social functions. Multiply that average week by 50 or so (assuming two weeks off a year), then divide your real income by your real working hours and find out what you actually bring home per hour.

Ouch. There’s no other word for how you feel when you see that number. Lots of people working at high paying jobs discover their hourly rate compares well with McDonald’s. So why not do other tasks that pay you more per hour than your real job? I know of

at least one woman who switched to a lower paying job (on the surface) that actually allowed her to bring home more cash per hour of work than before.

Thinking about things in this fashion really changes your perspective about what’s really important in life.

4. Investing isn’t just for rich people – it’s for everyone

It wasn’t long ago that I had a perception that investing in the stock market and building a portfolio is something that rich people did, not people like me. In fact, I often used the fact that many investments return quite well as an excuse to believe that “the rich get richer and the poor get poorer.”

It’s not true. Anyone who is capable of spending less than they earn can invest and start collecting some great returns on the fruits of their labor. In fact, the internet era has made it easier than ever for people to invest – you can do everything from the convenience of your web browser. All you have to do is start spending less than you earn – that’s it.

5. Success is a choice

This one is going to get some people upset, I’m sure, but it’s true. If you want something to happen in your life, you have a choice to make: do you really want it to happen? Are you willing to wake up for three hours in the middle of the night most nights to get posts written for your blog, so that you can spend the daytime with your family? Are you willing to spend weeks in a row without any simple relaxing activity – no television, no entertainment, just the stuff you need to do to get the job done? Are you willing to forego spending unnecessary money, period?

I used to look at people who started their own successful businesses with jealousy, and I felt like people who had their finances in order were given access to some secret that I didn’t know. It’s not true – success at anything is a result of a lot of hard work. You lay the groundwork for good things to come to you, but it’s a challenge. Are you up to the task?