Have Regular Talks About Your Financial Situation (280/365)

There’s an interesting phenomenon that happens in a marriage. After a while, you become so accustomed to the person you’re with that you often think you completely know what their desires and goals are and where they want to be heading in the future.

That kind of complacency can be comforting. You can feel as though you have a rock to rely on.

If you’re not careful, one morning you wake up to find a person that you barely know next to you. 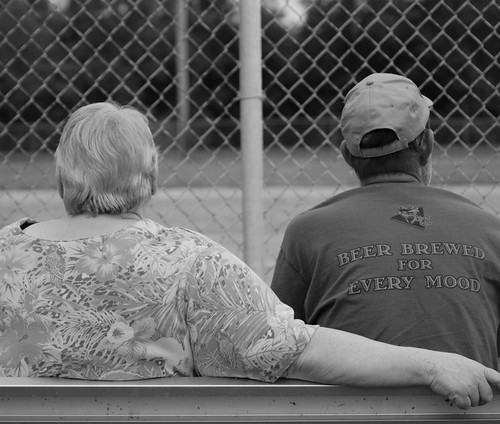 The solution to that problem is to have regular talks about everything in your marriage – and finances are one important part of that.

Sarah and I try to have a discussion about our finances at least once a month. We look at where we’re at financially. We go over any financial “mistakes” that we may have made in the previous month. We talk about large upcoming expenses, too.

Perhaps most importantly, we talk about our goals and our vision for the future. Where do we want to be five years down the line?

That picture does not stay constant. It changes over time, just like Sarah and I change over time. The things we each want for the future are different than the things we wanted five or ten years ago. Mostly, the differences are small, but taken as a whole, they point to a much different picture than before.

If I were to assume Sarah’s dreams for the future were the same as they were five years ago and kept working toward those goals, we’d find ourselves in a disappointing place before too long. We’d be frustrated because we had been working toward something that was no longer wanted. We’d also be frustrated by the fact that there was a lack of understanding between us. Did I no longer know the woman I shared my life with?

These things can be devastating to a marriage over the long term. They form a steady erosion of trust and of the connection between two people.

There’s no better way to simultaneously ensure that you’re making the right financial choices for the future while also shoring up the strength of your relationship. I consider our conversations along these lines to be the most valuable financial move that Sarah and I make.