How I Deal With My Financial Fears 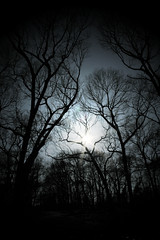 once I dealt with that new batch, a fresh batch came along. Right now, my biggest fears revolve around taxes, the possibility of a third child, identity theft, and future career directions.

I think this is actually a pretty normal thing for most people. We all have areas where we’re less than confident and we all have areas that concern us about the future.

It’s very easy to push these fears aside and just not worry about them, especially if they’re not vital to our day to day life. We’ll tell ourselves, “I’ll think about that later,” and then when it comes up again, tell ourselves the same thing again, until it’s sat around for years, untouched.

This can really be dangerous. Take, for example, my fear of taxes. I’m making myself face this fear this year and that means I’m digging into an uncomfortable subject, saving for the taxes, and paying them when they’re due. If I had taken the “typical” route and worried about it later, I would be suffering dearly when tax time came around.

What can a person do to step up to the plate and tackle our financial fears? The obvious “just do it!” tactic is nice, but it doesn’t really work here – if it were that simple, we’d already have faced the fear and moved on with life, wouldn’t we? Here are six alternate tactics to try.

Make a list of what exactly makes you nervous
Quite often, a fear of a financial move is actually just related to some small aspect of the move. Spend a bit of time figuring out exactly what it is that makes you afraid. I find that doing this with a pen in hand and a piece of paper in front of me makes it easy for me to jot down thoughts, which I can start working through.

Sometimes what you’ll find out is that you’re actually stressed out about something else entirely or you’re only stressed out by a very small part of the equation. For example, I know one person who was avoiding dealing with his retirement situation because he intensely disliked the retirement specialist at his workplace. It wasn’t a fear of retirement, it was a fear of interaction with someone.

Do some research
One big fear is fear of the unknown. Quite often, a lack of knowledge will make someone afraid of something else – we can all think of examples of this in life, where ignorance makes people afraid.

Don’t succumb to it. If you’re afraid of something because you don’t know about it, investigate it. Hit the library or visit Wikipedia and find out more. Dig in, a piece at a time, until you understand the topic – and the fear of it is lifted.

Talk to someone about it
If something makes you uncomfortable, put forth the effort to talk to others about it. Find someone you trust deeply, preferably someone with some experience in the area in question, and just ask questions.

This might mean contacting a financial advisor. If it does, seek out a fee-only financial advisor, as they won’t be engaged in selling you products and are most interested in just providing information to you. If a fee-only advisor isn’t available to you, you can use another, but be very hesitant to invest or put money in specific places based on their advice – instead, just take their information with you and follow up yourself with your own research.

For example, I kept putting off my decision to switch to a full time writing career. One of the big steps that helped push me towards writing was simply making a giant list of the pros and a list of the cons of making the leap. This really helped put things in perspective, as it became clear I was letting the “cons” guide my way of thinking, even though the “pros” were a much more powerful list.

Spend some time each day thinking about the fear
Don’t let yourself lay the fear on the table, because once you start ignoring it, it’s easy to just let something very important slide by until it’s too late. Instead, add consideration of the fear to your daily to-do list and actually spend a bit of time thinking about the fear seriously.

This is often good to do if you’ve gathered the information but are still hesitant about what to do. Steady and informed consideration of a fear is a great way to make that fear go away. I like to think of my two year old son who fears sharks in his room. After giving him a flashlight to investigate the room and some talk about how sharks need water to swim in and there’s no water in his room, he thinks about this information, overcomes the fear a little, and goes to sleep. Over time, his fear of sharks has become less and less intense.

Take a baby step
Once you’ve made up your mind that you’re going to do this, get started with a first little baby step. Take a little action that moves you in the right direction, and feel the relief that comes with wiping away your fear.

Then, take another little step, and another. Soon, you’ll be well on your way to completely eliminating the challenge that brought you so much fear to begin with. And it will feel really good.

What are your financial fears? Feel free to share them in the comments, and good luck on trying to conquer them.