How the Federal Reserve’s Decisions Affect Your Finances

Whenever the Federal Reserve makes any sort of public statement, you quickly find a bunch of articles that try to outline what that means for the average person in terms of borrowing money and making investment decisions. Even seemingly ordinary news, like the Federal Reserve recently announced that it intends to do nothing with interest rates for a few years, makes big news.

Of course, once you understand the basics of what the Federal Reserve does, it’s easy to understand how its decisions will impact you and your money.

Here’s what you should know about the Federal Reserve that will help you interpret almost everything it does in terms of how it will impact your financial situation.

What is the Federal Reserve?

The Federal Reserve is the central banking system of the United States. Its job is to coordinate the efforts of banks to achieve general benefits for everyone in the United States — businesses, individuals and otherwise. Specifically, the Federal Reserve gets banks to work together to maximize employment and stabilize prices — in other words, keep interest rates low.

How does it do this? It offers a number of services to banks that make it easier for them to survive in difficult times.

One big service it provides is regulating how banks loan money to each other in moments of crisis. Let’s say a bank, for some reason, has many account holders suddenly withdraw money from them due to a local disaster. This might make it difficult for the bank to stay afloat, pay its employees and handle any additional withdrawals. In a situation like that, a bank might borrow money from another bank to make ends meet until it receives more deposits. The Federal Reserve regulates this, setting the interest rates at which banks can lend to one another.

Another major service the Fed performs is it is a last-resort lender, enabling banks to borrow money to stay afloat when other banks won’t. The Federal Reserve loans money to banks in tight situations so that they don’t fail. This ensures that people with deposits or other accounts at that bank don’t suffer.

All together, these services ensure that the banking industry remains stable and that individuals and businesses can rely on banks as steady institutions for borrowing and holding money.

Here’s why you should care about the Federal Reserve

Let’s say a bank can borrow money from another bank at 1% interest in a pinch. If it’s lending money to customers at 1%, then there’s no real way for it to make money or even keep its doors open. It has to charge more than 1% to keep the doors open.

However, banks still compete for customers (businesses and individuals) by offering the best rates. So, banks try to find rates that will attract customers that are enough higher than the rates the Federal Reserve sets so that it can make money, but lower than other competitors to attract customers.

What it means when the Federal Reserve lowers interest rates

Interestingly, you’ll usually see the stock market go up when the Federal Reserve lowers interest rates. Why? It means that, for all other businesses, it’s less expensive to take out a loan. Businesses will see moments where interest rates are low as an opportunity to build, expand or refinance business loans, all of which are good signs for the future of a business. When things look good for the future of a business, investors want to buy stocks, and when the Federal Reserve lowers rates, it looks good for all businesses.

What it means when the Fed raises interest rates

If the economy is doing really well and businesses are selling lots of products, that means demand is high and businesses can get away with raising prices. It’s the old supply and demand issue — when demand is higher than supply, prices go up, and that’s what happens when everything is humming along.

High inflation is bad if it sticks around for very long. It means that the dollars in your pocket can buy fewer things because they’re just not worth as much. The only way you can keep buying as much stuff is if you either get a raise or if inflation stays very low. If everyone slows down their spending, the economy slows down.

So, when the economy is doing really well, the Federal Reserve will raise interest rates. That means fewer people are going to borrow money because interest rates are higher and that means there’s less money to spend — demand cools down and prices stop increasing so quickly. Plus, if the rate is high, it gives the Federal Reserve an easy tool to use if the economy needs a boost — it can lower that rate again.

So, for you, when the Federal Reserve raises rates, it means that most loan rates will go up regardless of your credit history, the banks will eventually pay out more in interest in savings accounts, the stock market will go down pretty quickly, and it means that in the coming year or two, inflation will slow down.

What happens when the Federal Reserve holds interest rates steady

Most of the time, the Federal Reserve holds interest rates steady. What does that mean?

For things like loan rates and bank account interest rates, there’s usually no impact at all. You’ll have the same loan rates tomorrow as you had today, and your interest rate on your savings account won’t change either.

The impact of the Federal Reserve’s forecasts and statements

The key thing you need to know about the Federal Reserve is that when it announces low interest rates, it means good mortgage rates and car loan rates for you, but savings accounts won’t pay out very well. Any stock investments you have will usually see a short-term bump, too. When it announces high rates, the opposite happens — you’ll soon see higher interest rates on any loans you might take out and the stock market might dip a little, but your savings account rate might also go up.

In general, these moves from the Federal Reserve always have the same goals: to keep employment high and to keep inflation low. 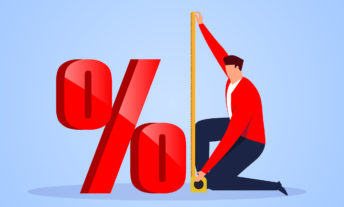 What Does the Fed’s 2% Policy Mean for Loans and Mortgages? 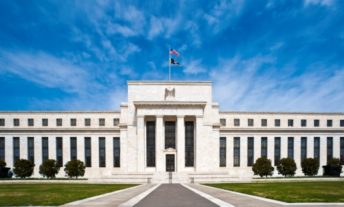