How Women Can Close the Retirement Savings Gap

As a recent Vanguard study showed, men have approximately 50% more money saved for retirement than women. Shocked and saddened by this, I wanted to dig a little deeper. Not only did I want to know why women have smaller account balances, but I wanted to know what they could do about it, too.

So I did what a lot of writers do: I asked for experts to chime in on the topic. In my query, I posed the following questions: What should women be doing to ensure they’re saving enough for retirement? What are we doing wrong? What are we doing right? What one piece of advice would you give a woman who wants to play “catch-up” with retirement?

While I was more than thrilled with most of the responses that rolled in, I was less than impressed when a financial advisor from Compass Capital Corp. of Massachusetts replied in jest: “Marry well,” he said, as if that advice was either funny or helpful. (Hint: It was neither.)

After executing the biggest eye roll I could muster (it still hurts), I realized his response was actually fairly representative of the retirement struggles we women face. Ladies, this is what we’re up against. Here’s a rundown of the many challenges female investors must overcome.

How Men and Women Invest Differently

First, multiple studies have shown how women are more averse to risk than men over the years, which explains part of the disparity between men’s and women’s retirement numbers.

“Women tend to have a different risk profile and attitude towards money, when compared to men,” says Julie Riach, financial advisor and member of the Responsible Investment Association. “They are more risk averse and therefore tend to invest in lower-return products that won’t grow their portfolios to the extent they will need for a comfortable retirement.”

“According to a 2010 Boston Consulting Group study of women’s experiences with wealth management providers, many women feel stereotyped by their advisors. They report receiving dumbed-down versions of standard offerings, and a focus on strategies related to social issues or sustainability rather than performance. Similarly, women often report demeaning behaviors by their advisors, such as an advisor assuming that the husband naturally takes care of the family’s finances, and as a result, women often do not feel taken seriously.”

Still, there’s some good news. The same Vanguard study that showed women’s savings are lagging also revealed that women are now 14% more likely to participate in their workplace savings plan.

If the oft-repeated statistic that women earn approximately 78 cents for every dollar a man earns is true, it explains why women have a whole lot less saved. At the same time, women’s increased likelihood to sign up for automatic 401(k) withdrawals at work has been a boon for them — even if their balances are still lower. At the end of the day, I suppose that’s the best news we could hope for.

Potentially lower wages and indifference from some financial advisors be damned; despite these challenges, many women are still getting ahead.

According to the experts, both sexes have plenty of options when it comes to increasing their savings percentage or playing “catch-up” if they feel they’re already behind. The truth is, it’s never too late to look for new ways to save money or boost those retirement account balances. At the same time, it pays to think outside the box. 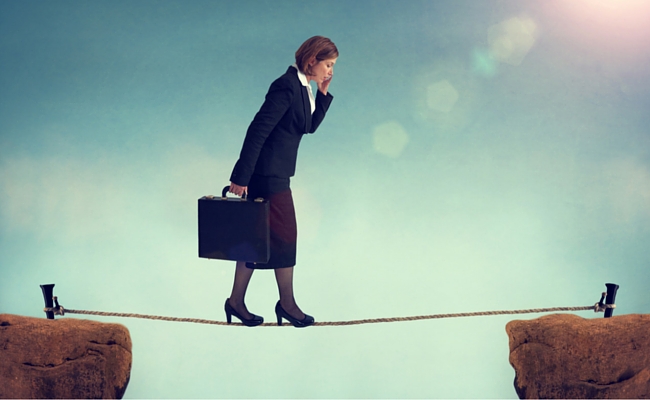 Fortunately, all of the real advice I received from personal finance experts and financial advisors is good for both men and women. If you’re only feeling so-so about your nest egg, here are some tips that can actually help:

“The key to catching up is the size of the gap,” says Todd Tresidder, financial advisor from FinancialMentor.com. “If the gap is small enough that traditional investing and saving from income can close it, then you can use the ‘catch-up’ provisions in the government sponsored plans (IRA, SEP IRA, etc.) to increase tax-deferred savings.”

Pay down debts and commit to a debt-free lifestyle.

While paying down debt won’t lead to greater retirement savings initially, it can help in ways you wouldn’t expect. And if you use that money wisely, you could easily grow your retirement balances over time.

“Concentrate on paying off consumer debt and maintaining a debt-free lifestyle so that you can free up cash flow and redirect more available cash to retirement savings,” says Toni Husbands of DebtFreeDivas.org. Obviously, this advice should be paired with an actionable plan to invest that “found money.”

To save more money, you should also look for new ways to get your spending under control. Commit to tracking your spending, creating a monthly zero-sum budget, and looking for new ways to cut down on your monthly bills. This probably sounds like a painful experiment, but your newfound savings might just ease your pain.

“Remember that it’s never too late to get your lifestyle under control so that you can save more for retirement,” says financial planner Shannon McLay.

Seek out a fee-only advisor.

Women who are concerned about finding a financial advisor with her best interests at heart should seek out a fee-only advisor, says Stephanie Genkin,  a Certified Financial Planner who teaches workshops for women who are interested in investing.

Where many financial advisors are paid a commission when they sell investments, fee-only advisors are paid solely for their advice. This setup aligns your interests and can lead to greater communication between advisor and client, she says, while also removing any conflicts of interest that come from the common commission-based relationship.

“A fiduciary — someone who must act in your best interest — can help women understand risk/reward, rebalance the portfolio so that there’s not unintended risk, and find ways to increase contributions to tax-deferred retirement accounts,” she says.

Don’t guess how much you need for retirement — figure it out.

In order to retire on time or even at all, you need to have an appropriate amount of money tucked away. Sadly, there is a lot of confusion surrounding how much invested cash one needs to retire, and far too many people severely underestimate their needs.

“Most people think that saving eight to 10 times their salary will be enough,” explains Nathan Garcia, CFP from Westbourne Investments. According to Garcia, this strategy doesn’t account for potential changes in Social Security benefits, taxes, or a host of other areas that need to be included and analyzed.

“Another area that needs to be reviewed is the required rate of return,” he says. “How much does your money need to earn to get to your goal?”

Consider investing outside your 401(k).

In a recent post on “The Best Retirement Account You’ve Never Heard Of,” financial planner Matt Becker explains how health savings accounts, or HSAs, provide a triple-dip investment strategy for anyone eligible to use one. However, “you’re only allowed to contribute if you’re covered by a qualifying high-deductible health insurance plan,” writes Matt, which means you have a deductible of at least $1,300 for an individual plan or $2,600 for a family plan (as of 2015).

If you’re eligible, this account offers another easy way to “top up” your retirement savings whether you’re maxing out existing retirement accounts or not.

“Higher health costs have forced more people to review the option of a health savings account (HSA),” notes financial planner Garcia. Although it should be used for health care first, the HSA can work as tax-deferred supplement to traditional retirement savings plans — after all, at least some of your retirement savings is going to be devoted to health care costs either way.

“Given that the average 55-year-old couple will spend $463,849 on health care over their lifetime and the current state of Medicare funding, this could be significantly beneficial,” explains Garcia.

While diverting your  funds to retirement can pose a challenge, having money taken out automatically helps make the decision for you.

That’s why financial advisors often suggest diverting as much income as possible to your work-sponsored 401(k) plan as soon as you’re able. “Money that doesn’t hit the bank account is money that won’t be spent on non-essentials,” explains Marcella Harkness, Certified Financial Planner for Capital Growth.

As Harkness tells it, she sometimes struggles to convince her clients that retirement will actually be on the horizon one day — whether they want to admit it or not.

“Young women often find themselves so excited about their first ‘real’ job that they feel entitled to spend every dime they make,” she notes. “This can have serious consequences, getting in the habit of putting money aside for long-term goals early in one’s career can be life changing.”

The sooner you start, the better. And it’s never too late to change your retirement withdrawals at work. If you want to start today, reach out to your company’s HR professional and ask to fill out the appropriate forms.

Take advantage of any ‘free money’ you can find.

Even if you haven’t saved as much as you should in the past, it’s never too late to start saving a larger percentage of your income. If you participate in an employer-sponsored retirement plan, you could be missing out on an opportunity if you’re not contributing as much as you can, says Lynn Faust, financial advisor from Raymond James.

The more you put into tax-deferred retirement accounts, the more money you could potentially save on taxes, too. And who doesn’t want to save on taxes? “Salary deferrals to a qualified plan can reduce your taxable income while also helping bulk up your retirement savings,” says Faust.

If “marrying well” isn’t a particularly helpful strategy for boosting your retirement savings, it’s time to take control of the situation and look for ways to do it on your own. And that’s true whether you’re a man or a woman — whether you’re rich or poor — and whether you are risk averse or not. At the end of the day, we all need to take responsibility for where we are financially today, and tomorrow, too.

Man or woman, a healthy dose of financial education can make all the difference. Because when you know more, you’re in a better position to do what’s actually in your best interest.

Investing for retirement isn’t rocket science, but a certain amount of know-how can go a long way. Here are some resources that can help:

How are you boosting your retirement savings? Have you saved as much as you need or are you playing “catch-up”?

How to Pay for Elderly Care During COVID-19

Where You Can Open a Roth IRA and Other Reader Questions, Answered