I Just Don’t Care About My Finances 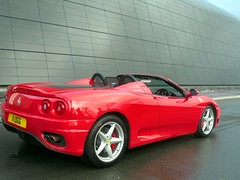 It wasn’t all that long ago that I simply didn’t care about my money. It wasn’t something to think about or plan with – it was simply grease for the skids, enabling me to live out a lot of whims. Other than that, it was something largely to avoid – I would just pay the bills and try hard to forget about it.

I hear the same thing over and over again from others. There are a lot of people that I talk to on a regular basis that, when I mention I write a blog that focuses mostly on money issues, their eyes immediately glaze over. Could there possibly be anything less interesting?

And I agree, to a certain extent. For many people, personal finance is just a bunch of boring writing about creating budgets, living cheap, minutiae of investing, and so on. And by themselves, this stuff is boring.

If you find yourself in this group that finds money issues to be extremely boring, I invite you to spend a bit of time thinking about these two things.

Here are a few things to think about.

Will you be married?
Will you have children? How many? How old?
Will you own a house?
What will your job be like? Or will you own a small business?
Where will you live?
How will you transport yourself around?
What’s the best-case scenario you can imagine about your debt? Your savings?

You can add in as many details to this as you like – actually, the more details you add, the better.

Here, I’ll do the same thing.

In five years, I’ll be married. I’ll have four children – a seven year old, a six year old, a three year old, and a one year old. We’ll still be living in our current home. I will still be a writer, but my wife will have switched to a more local job, enabling us to become a one-car household. This auto, however, will have seating capacity for all six of us – not either of the two cars we currently own. We’ll only owe money on our mortgage and we’ll be heavily into saving for our next home.

Obviously, some of what you envision won’t actually happen. You can’t foresee the unforeseen. However, that’s how I’d predict my own life to be five years from now.

Taste Freedom
The next time you pay your monthly bills, just add up how much you’re paying in debt. What’s the sum total of all of your credit card bills, your mortgage payment, your car payment(s), personal loans, and so on – everything that is a debt to another entity.

How would your life change if you didn’t have to pay that debt? In our case, we pay about $1,500 a month in debt payments – our home mortgage plus my remaining student loan. That’s $18,000 a year.

An extra $18,000 a year would be transformative in our life. It’d only take a decade or so for us to be able to build the house we’ve dreamed about. Or we could do the traveling we’ve always talked about, taking our children on long trips to rural areas of other countries. We could even make some risky career choices to leave us more fulfilled.

What’s the Connection?
The mechanics of personal finance – the budgeting and such – can be quite boring to many, but it’s vital to remember that they’re merely tools to help you live out those dreams.

You don’t do a budget because a budget is fun – you do a budget so you can get rid of that debt that’s keeping you from doing the things you want.

You don’t choose the cheap route because it’s the most enjoyable route (though, surprisingly, it often is) – you choose the cheap because the money you save builds up to the big things you dream about.

Let me put it another way: you probably know a person or two who chooses not to spend much money on any sort of regular basis. You might see them as boring, or you might regularly encourage them to live a little. You probably also wonder why they would choose to live that way when they could live “better.”

The truth is that those people often are looking ahead to a few years down the road. They’d rather forego going out with the boys every weekend to not have any debt in a year or two. They’ll skip the big screen television paid for on the credit card in exchange for a down payment for an amazing house.

Right now, you’ll find them boring. In five years, though, they’ll be the ones living their dreams while you’re still battling debt and wondering how to get ahead.

The day I realized that idea, that my day-to-day extravagances were fun but they were keeping me from the bigger things I wanted out of life, I realized I needed to get down to work and fix the problem. And to fix that problem, I had to pull out the toolbox – things like budgets and frugality and so on. The tools themselves might seem boring, but as I work on fixing the problem, I have a bounce in my step because I know that when I’m done, I’ll have the big things in life I dream of – and I’ll have left those naysayers who say “you only live once” in the dust.