Lying to Yourself About Money 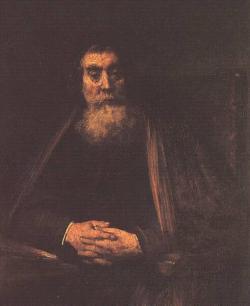 First, a confession. I often lie to myself about my weight. I’m not obese, just a bit heavier than I’d like to be and heavier than I was in college. I eat somewhat healthy – and drink plenty of water – but I tend to not exercise as much as I’d like to. Often, when I see a positive fluctuation in my weight, I tend to blow it out of proportion and congratulate myself on doing well, but when it slides back, I try to ignore it and keep thinking happy thoughts about my weight and health.

When I think back, I used to lie to myself about my money as well. I’d see a surplus in my bank account and think that things were going fine, even though debts were mounting and I kept buying stuff I didn’t need. I kept this behavior up until I suffered a severe financial mess, which finally woke me up that I needed to make some serious changes to my financial behavior.

Yet, even now, I still find it very easy to create a rosy picture of the situation in my head. I look at my account balances, think “Wow, I’m in really good financial shape,” and then daydream about expensive items that I really don’t need.

It’s a constant battle to escape the urge to lie to yourself. It’s something I constantly fight, and I tend to believe that a lot of other people fight the same urges. It’s so easy to believe things are better than they truly are, and then it’s similarly easy to use that rosy view of reality as an excuse to do things that really don’t benefit us in the long run.

I’ve found only a few tactics that really help in this battle, and thus I use them quite often.

Tactics to Avoid Lying to Yourself

With both personal finance and body weight, the numbers don’t lie. I can step on a scale and see exactly how much I weigh, just as I can fire up my spreadsheet and run my net worth calculation. When I look at those numbers, and compare them to where I was at before, I can see very quickly whether I’m really making progress or I’m backsliding.

I can tell myself until I’m blue in the face that I’m making good choices, but if I’m not really walking the walk, the numbers will show me the truth. When I spend money foolishly, my net worth goes down. When I eat something I shouldn’t or talk myself out of exercising, my weight goes up (or at least holds steady).

The first obvious excuse to get away from the truth of the numbers is to simply not look at the numbers. This is a very easy tactic – simply don’t look. Charge up that credit card! You don’t have to see the balance for a while, but you get to enjoy the goodies now!

Because of this tendency, I find it useful to make a weekly routine of checking the numbers. Not only do I calculate my net worth on a weekly basis, I also step on the scale at roughly the same time and check my weight. This keeps me honest. It’s pretty hard to look at a raw number that indicates bad results and still try to peer through those rose-colored glasses.

3. Look At The Change, Not At The Total

If I spent my time just looking at my total assets and ignoring the fact that I’m trying to effect some real financial change in my life, it would be easy to convince myself to go buy stuff. “I have lots of money,” I would say, “and that means I can easily afford a new peach de-fuzzer!”

Because of that tendency, I always figure the percentage change instead of looking at numbers. My net worth going up 1.3% is a good sign, but it doesn’t say “go out and buy!” like saying my net worth went up $2,100. Similarly with my weight, seeing that I lost 0.7% this week doesn’t say “time for some ice cream!” like losing six pounds might.

When you step on the scale and see a number you don’t like, it’s often easy to come up with reasons why it doesn’t matter. “Oh, it was Thanksgiving…” you say, and then you’ve just justified the loss of a lot of hard-won progress. The same is true for money – you see a 2% drop in your net worth and you justify it with a “Oh, it was a special occasion…” and it’s just fine.

It’s not just fine. The numbers are telling you very clearly that something isn’t fine, and choosing to ignore the numbers when they’re bad means that you’re not really committed to any sort of change after all.

Poor numbers are the most challenging part of taking off the rose-colored glasses. We don’t want to really believe we can fail, even on a small scale, so when we do, it’s often hard to deal with. Coming up with excuses, though, is merely a way of saying that you don’t really want to bring about change in your life. If the numbers are bad, that means it’s time to step up to the plate, not time to make an excuse and eat another filet mignon.