The third-quarter Gross Domestic Product (GDP) growth report, the broadest measure of U.S. goods and services, was released today, and it breaks some records given how bad the Q2 collapse was three months earlier. But this change doesn’t cover the grim picture the nation faces, despite the president’s comments that the data presents an economy bouncing back as quickly as it collapsed.

In reality, the latest rate increase means Q2 was so bad that there was basically nowhere to go but up. It’s like starting with a failing grade in a class and pulling it up to a C-, it’s an improvement, but still not great.

Here are 3 reasons why the latest report is misleading

How growth is reported for GDP is confusing. It’s reported at an annualized rate, meaning that it only considers growth if the change rate were the same for an entire year. This might be an adequate measure during an average year, but it won’t cut it during a pandemic. It would be more clear if the government reported percentage changes from one quarter to the next.

But annual rates make it easier for analysts to compare data over different time periods. The issue worsens when annual rates are applied to short-terms, in this case, to a three-month period – making data collection and reporting a but misleading.

The start of the pandemic brought huge spikes in unemployment and job growth has not been able to keep up. Even if unemployment claims are down, millions are still relying on these benefits to cover their bills.

[ Read: The Recession Is Over for High-Wage Earners, but Not for the Working Class ]

June started off relatively strong with 4.8 million jobs created, but progress soon stalled, dropping all down to 660,000 in September. The consistent drop in growth is a bad sign for the economy. Regardless of what the report shows. The workforce is around 4 million smaller than before. It could take years to reach pre-coronavirus job levels with current job growth levels.

As with job growth, consumer spending has slowed significantly. The Chicago Federal Reserve found that personal consumption growth in August was as slow as May when signs of recovery were just emerging. Pair this with the huge gaps in jobs and things aren’t looking as good as some might say.

According to an October survey, most people are still hesitant to spend money. With the spotty governmental relief and ongoing waves of unemployment uncertainty, we can’t blame them for not having more spending confidence.

The hopeful numbers from the third-quarter GDP report don’t actually mean that the economy is in great shape — regardless of what politicians say. A positive GDP report that compares to peak pandemic lows isn’t saying all that much, even less for the future. The latest report ultimately is just that, a report. Millions are still struggling to make ends meet which is a more tangible sign of a more critical issue worth noting the attention of more economists. 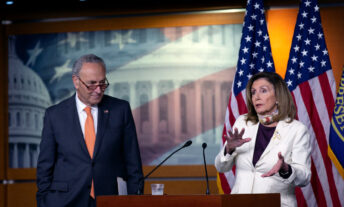 Here’s What You Should Know About The Second Stimulus Package