95% of Americans are Banked: Why This Matters

The Federal Deposit of Insurance Corporation (FDIC) recently released its 2019 “How America Banks” survey, reporting the lowest percentages of unbanked U.S. households (5.4%) since it began its survey in 2009. About half of the decline can be attributed to improved socioeconomic circumstances.

David Cusick, Chief Strategy Officer of House Method, credits mobile banking to much of the improvement, “The proliferation of mobile banking has had an outsized effect on this. You can now open a bank account entirely online and keep vigilant on your spending through a mobile app, no matter where you are.

Why “being banked” matters

If citizens are banked, they have more opportunities to contribute to the economy, build credit and grow their financial profile. Cusick told us that, “It’s not just the ability to accrue interest on savings that matters—when you’re banked, you have access to resources necessary to improving your livelihood and community, such as business loans and mortgages.”

Banking your money also makes for simpler transactions and money-management like enabling auto billing for all your expenses, getting a credit card and automatic tax return deposit. A bank account is often necessary for investing in a retirement account and getting loans too.

Your accounts turn into assets

Michael Sullivan, a personal financial consultant with Take Charge America told us that being banked “generates credit reports and credit ratings; it enables consumers to take out mortgages and auto loans on terms that make these purchases possible.

It creates a simple and inexpensive way to pay bills and transfer funds. It makes it possible to minimize the amount of cash that must be carried or used by providing electronic alternatives. Being banked is a critical element of participating in the American economy.”

A bank will often assume the risk if you encounter fraud or false charges, “Families who are banked reduce the level of risk they take on as a consumer. Should something bad happen, like a fraudster or theft gaining access to someone else’s finances, victims of these crimes who are banked can rest easy knowing they are protected. There’s a clear course of action that leads towards reimbursement of any lost funds,” said Nishank Khanna, CFO of Clarify Capital.

When people are unbanked, they may use other types of financial services to complete similar activities, but with less security. Khanna told us, “Alternative financial services, which are typically what the unbanked are using, are more likely to conduct predatory behavior.

Companies that fall into this category often charge higher fees and offer ‘slimier’ loan products, like payday loans, that are less likely to help these individuals and more likely to push them into an unmanageable debt cycle.”

Despite living in a time when digital cryptocurrency is growing, and some countries are nearly cashless — about 7 million U.S. households are still unbanked, meaning that no member of the household has a checking or savings account.

A large portion of those unbanked are lower-income and face several obstacles with banking. Often, their money goes right from the paycheck to essentials like rent and food. At that point, there’s little reason in storing it because there is no extra or disposable income and they may not have enough to sustain the minimum balance requirements.

[ From Trent: What You Need to Know About Online Banks ]

This tendency has trickling consequences, Cusick says, “This creates a knock-on effect: Banks don’t open branches in low-income neighborhoods, meaning even individuals who would like to be banked have few options. And of course, banks often add surcharges and fees that can drastically impact low-income customers, such as overdraft fees.”

The vast majority of America is banked, but the 5.4% that aren’t make up nearly 7 million people. Most of those unbanked either can’t afford minimum account requirements or don’t trust banks. Having a bank account is important for growing your financial portfolio (building credit, making big purchases), is a safer way to store your money and contributes to the economy. 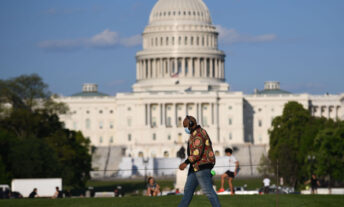 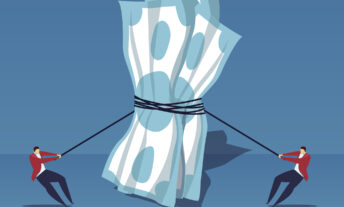