As Stimulus Talks Drag, Is A $600 Check Enough?

With a Friday deadline looming over lawmakers’ heads, the latest stimulus package seems closer than ever. But nothing has been signed just yet. The $900 billion stimulus proposal didn’t originally include direct payments to Americans, though the latest word from Congress tells us checks will be included after all — even if they’re only half of the CARES act counterpart.

As stimulus checks have been one of the largest pain points for lawmakers, the addition means we very well could have something tangible by the weekend. This is just in time for the 10 million people whose unemployment benefits would end on December 26 and the millions who would face eviction without aid.

Here’s what’s expected to be included

Aid for schools and vaccine distribution is included, though the exact breakdown isn’t quite clear. Here’s what we know so far.

It’s the same old story, Democrats and Republicans can’t agree on what should be included and prioritized in the package. We seem to be over the stimulus check hurdle, though it did come at the cost of a larger check.

The original $908 billion bipartisan stimulus package proposal included $106 billion for state and local governments — a  provision that Republicans would not pass. So that slowed things down. Democrats were able to secure help for cities through funds for transportation, schools and vaccine distribution; it’s just not as much as they originally pushed for. Democrats opposed the liability shield for businesses and universities that may face coronavirus-related lawsuits, so both sides have been forced to compromise.

The present solution has been to split the original plan into two smaller bills — allowing them to delay the controversial topics without holding up the majority of the package. The first bill will total $748 billion and include measures like the Paycheck Protection Program and Unemployment benefits.

The string of swapped proposals seems to be coming to an end — with barely any time to spare to avoid a government shutdown. But there are things lawmakers still can’t agree on. Despite it all, Biden remains eager for aid and has said this package is “an important downpayment” for the additional aid that will come in 2021. 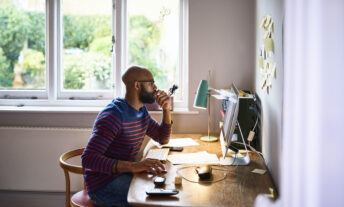 Confused About When Your Student Loans Are Due? Here’s What We Know. 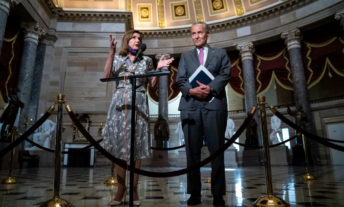