A recent BLS job report revealed that only 245,000 jobs were gained in November — 200,000 under what economists expected. That’s the lowest number since April and the fifth consecutive month down since recovery began. Despite these numbers, the unemployment rate fell from 6.8% in October to 6.7%. Though not for the right reasons. As the economy continues to grapple with the coronavirus, there is long-term damage for millions of workers.

Those who have been unemployed for six months or more make up 40% of the jobless — they typically struggle to find employment. The Department of Labor notes that people who have stopped actively looking for jobs are no longer counted as unemployed, which artificially decreases the unemployment rate. In the face of new surges in coronavirus cases, the economy is stumbling — painting a dire picture for December and the upcoming months. The question remains: when will people get their jobs back?

Job growth during the pandemic

Twenty-two million people lost their jobs at the onset of the pandemic as shutdowns were enforced and businesses closed. Job growth has not kept pace with the needs of Americans, despite some months showing signs of recovery. We’re still nearly 10 million jobs under pre-Covid levels, as we’ve only been able to bring back 12.3 million of the jobs lost.

November was the first month that was drastically down since recovery began — a sharp drop from the 610,000 jobs created in October. For reference, November rates for job creation would be considered healthy if it was a regular year. But momentum started to dip by September. From May to August, the economy was able to add at least one million jobs each month. June was the star month with a 4.8 million job level.

Some industries have been able to recover quicker than others. Thanks to online shopping and the holidays, the transportation and warehouse industries have gained 145,000 jobs — accounting for over half of the jobs in November. However, retailers shed 35,000 jobs, no doubt attributed to in-person limitations and shift to online shopping. Spikes in seasonal retail jobs throughout the holiday season won’t inflate the job growth rate this year.

[ Read: Which Jobs Are Coming Back? And Which Ones Are We Losing? ]

Which jobs won’t come back?

The government sector shed nearly 100,000 jobs as temporary census workers completed the reporting for the census, though this is an expected trend. Some jobs may have a more challenging time bouncing back when the pandemic is over. According to the Glassdoor Workplace Trends 2021 report, nearly every industry has a job that is at risk of not returning. Beauty consultants, valets, product demonstrators and executive assistance area all down by over 50%.

At the end of December, more than 9 million people will lose federal or state aid. Even though the disappointing job growth for November shows bad signs for recovery, it does make a good case for approving a second stimulus check — a relief that is not included in the latest $908 billion proposal. For more information, check out details about the stimulus payments and learn about Biden’s stimulus proposal and relief plan. 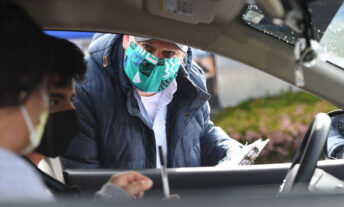