The Census Doesn’t Count Renters Well. Here’s Why That Matters.

Renters comprise about one-third of American households, with renters making up more of the population today than at any other point in the last 50 years. That’s a serious problem, according to experts who say that renters are significantly undercounted in ongoing census-taking measures.

How the census works

While more than 60% of U.S. households have responded to the Census online, by phone or by mail, it’s estimated that census workers collected data in-person for about 17.5% of all American housing units this year. This percentage could include disadvantaged areas, such as more impoverished communities or those ravaged by recent storms, such as Louisiana.

“Areas with large numbers of renters or other transient populations are likely to be under-counted in the Census and, as a result, under-represented in city, county, and state legislative bodies as well the US House of Representatives,” says economic development consultant, Michael Montgomery.

What’s happening with the 2020 Census?

In late October, the Supreme Court voted to uphold a Trump-ordered July mandate that specifically seeks to exclude illegal residents from the U.S. Census, and therefore, apportionment. This means that Census field operations concluded ahead of schedule and could reduce the number of households that provide complete information.

[ Read: How to Avoid an Eviction If You Can’t Pay Rent ]

“That under-representation means such communities will have reduced political influence as well as being greatly disadvantaged in the many federal funding programs that use population-based funding formulas,” adds Montgomery. There’s also the issue with the deadline that has switched between December 2020 and April 2021.

By closing counts early, the Trump administration has significantly shortened the organizational and analytical stages that follow, allowing for three months instead of the traditional five. Although self-responses —including internet, mail and phone — to the Census are on track (60%), states with expanded rural populations could still lag.

The effects of the undercount of communities across the US

An October 13th Census Bureau statement says that “well over 99.9% of housing units have been accounted for in the 2020 Census.”

However, there are states, like Mississippi and Louisiana, which fall well below that. With the hyperactive 2020 hurricane season, the U.S. Census could be passing over some of the communities that need the most help.

[ Read: How To Negotiate Rent With Your Landlord ]

San Jose Mayor Sam Liccardo says that “A census count delayed is justice denied.”  Since the 2010 census, he has lost $200 million in federal funding, and, fearing the consequences of the 2020 census, he sprung into action. Census Counts reports that the net undercount rate for people in rental housing was 1.1% compared to just 0.6% for owner-occupied units. These numbers are by no means widespread, either.

Renters & transitory occupants most at risk of being undercounted

What factors make renters and transitory occupants hard to count?

“In terms of low-income/high crime areas, census canvassers may have misgivings about their personal safety and thus make it less likely that people living in these apartment buildings will be counted.”

“This is particularly noteworthy in these impoverished areas,” says Romito, explaining that “when these communities are not accurately tallied, they may lose on funds that could improve the quality and standard of living in these areas. When the count for these areas is off, the funds needed – sometimes billions of dollars – can be allocated instead to wealthier communities who already enjoy a greater standard of living.” Just consider how these numbers stack up.

Housing can have an enormous impact on proper census-taking measures. For example, renters tend to live in multi-unit buildings, which are much more difficult to count accurately. There’s also an enormous racial disparity, with Black and Hispanic families two times more likely to rent than white families.

This refers to residents who are likely to be on the move during census-taking, which means that they are much harder to count. This can mean those who remain mobile or live in hard-to-track locations such as hotels, campgrounds, RV parks, marinas, circuses and racetracks.

With renters giving more of their income to rent, it makes eviction all the more likely. That also complicates census measures because these residents either become transients or move to a new address with no forwarding information given.

Households living in poverty tend to be lost in the process; their numbers largely missed during data-gathering. Poverty leads to issues like eviction and transitory status, which further perpetuate the growing issues facing these minority groups.

Counting minority groups has long been a problem for the U.S., but the issue has taken center stage this year in what’s turned out to be a nail-biting election. The U.S. Census was created to provide an accurate reporting tool of American constituents and has been deeply rooted in the U.S. Constitution since its creation in 1790. Today in 2020, that could all change.

We welcome your feedback on this article.Contact us at inquiries@thesimpledollar.com with comments or questions. 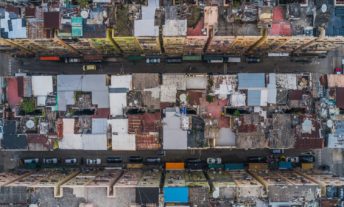 Poor Americans Pay the Most For Car Insurance. They Shouldn’t. 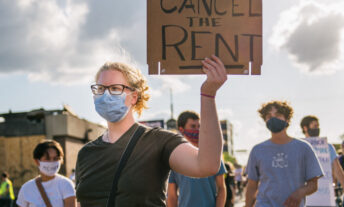 Warning: Landlords Are Exploiting Loopholes in the Eviction Moratorium

Lena Borrelli is a Tampa-based freelance writer who has worked with leading industry titans, such as Morgan Stanley, Wells Fargo, and Simon Corporation. Her work has most recently been published on sites like TIME, ADT, Fiscal Tiger, Bankrate and Home Advisor, as well as many other websites and blogs around the world.