Jane Fraser Broke Banking’s Glass Ceiling — But What Comes Next?

Jane Fraser will replace Michael Corbat as CEO of Citigroup in February 2021. The CEO of Citigroup’s largest division, global customer banking, Fraser, will be the first female CEO of a major wall street bank.

In the September 10 announcement, John C. Dugan, Chair of the Board of Directors, said: “We believe Jane is the right person to build on Mike’s record and take Citi to the next level. She has deep experience across our lines of business and regions and we are highly confident in her.”

Fraser’s appointment will have implications that ripple beyond just Citi’s business. While female CEOs are at an all-time high in 2020, the percentage is still small — only 7.4% of CEOs of fortune 500 companies are women.

Who is Jane Fraser?

Fraser is no stranger to finance. Earning her master’s in economics from Cambridge and an MBA from Harvard Business School, Fraser started her career at Goldman Sachs in London. Following that, she was a partner at Mckinsey & Company for ten years before joining Citigroup in 2004.

Let’s take a look at her Citigroup resume:

“This news has personal significance to me as a woman who spent a decade working in banking leadership roles, but ultimately left the sector because I saw more career growth opportunities as a female working in fintech,” says Karen Buell, VP of Operations, Payveris

Fraser has spoken openly about balancing motherhood and her career –– a journey many women are familiar with. “Being a mother of young children and having a career is the toughest thing I have ever had to do,” Fraser revealed to an internal McKinsey interviewer.

[ Read: The Unemployment Crisis Is Hurting Women More Than Men ]

The classic excuses to pass up women for promotions –– motherhood and limited ability to travel –– don’t hold up anymore. Throughout many industries, we have seen significant pressures to improve leadership diversity and promote more women and people of color to executive positions. Fraser is the perfect example that women don’t need to compromise motherhood or their career advancement.

“Today, women have stopped trying to mold themselves into men to succeed and are realizing that their natural approach and style brings valuable diversity and allows them to lead with authenticity,” says Philippa Girling, Chief Risk Officer of Varo.

What does this mean for the future?

Fraser’s appointment as a megabank’s CEO signifies that the rules of the game are finally catching up to where they should be. “Fraser’s position is a testament that it’s time for women to take a seat in a predominantly male industry. And if it can be done in banking, why not other industries as well?” says Allison Baggerly, founder of Inspired Budget.

[ Read: How to Start a Successful, Minority Woman-Owned Small Business ]

Fraser’s historical promotion goes beyond just shaking up the boy’s club. It shows that if we continue to invest in equality and empowerment of young girls from the start, those in leadership positions will foster the talent of female workers.

“Every day, new female graduates are entering financial roles previously dominated by men, and leaders like Jane Fraser give them a roadmap to follow,” says Buell. “Citi’s decision is also a visionary business tactic that will not only help them attract top female talent but also secure a market position with a profitable customer sector.”

Very few women have been able to reach top executive spots. That’s why Fraser’s appointment to CEO is a big deal, whether you’re in finance or not. And while we’re not ready to say the glass ceiling is shattered, we suggest that now there’s an access door available to other women.

Allison is a blogger, influencer, speaker and the founder of Inspired Budget. As a teacher and small business owner, Allison combined her passion for teaching and finances to help others learn how to start budgeting. Follow Allison on Twitter.

Philippa leads Varo’s Credit and Operational Risk, Information Security, Compliance, BSA/AML, and Fraud teams. She is a seasoned bank executive with more than 20 years of experience in the global financial services industry. She previously served as Chief Risk Officer, EVP at Investors Bank, where she was responsible for second-line risk management for all risk categories.

Karen Buell is the VP of Operations at Payveris and oversees payment operations, client support and compliance functions. She has over 15 years of experience in financial services, focusing on digital channels, user interfaces, and customer experience. 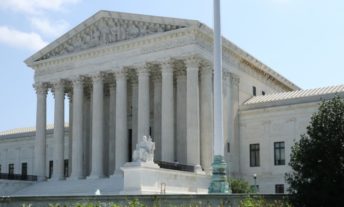 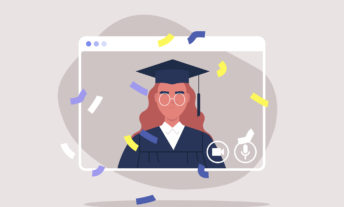