Is Bernie Sander’s Meme Sweatshirt Worth the Buy? Yes, It Is.

So, the internet is resetting, as Wired reported late last week. The cause? A charming, Bernie Sanders inauguration meme. Although Wednesday’s inauguration of President Biden and Vice President Harris had memorable moments, one is still standing out.

Here’s what happened.  Before Biden’s swearing, people began to tweet images of Bernie Sanders sitting in a folding chair while socially distancing and wearing a simple parka with mittens. It took no time for meme-creators to bask in the opportunity (and glory) of photoshopping the image of the Democratic Senator and inserting it into a bunch of scenes, from the Iron Throne to a WWE wrestling match.

Bernie was fast to react, not by delivering a clever tweet. No, that wouldn’t be memorable. He turned it into a charitable opportunity valued at $45. That’s right. A crewneck sweatshirt featuring the image that made him famous on Wednesday was available to purchase on his website.

Before you grow skeptical about this and venture to the site, the meme-inspired line is already sold out, and no comments have been released on whether Sander’s team will restock. But since you’re here after reading the headline, let’s talk about the Bernie sweatshirt.

In case you miss out on purchasing the sweatshirt or his other merch, including t-shirts with the printed meme, his site offers other tops and accessories that let you show your support. 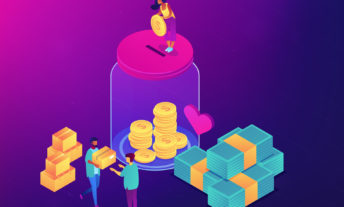 Want to Donate to a Good Cause? Try Using Your Insurance