If you’re looking for a lucrative seasonal gig this December, mall Santa’s can earn up to $75 per hour. Though the actual Santa Claus job isn’t up for grabs, we made some curious calculations about how much Kris Kingle (or gift-bringer) makes per year.

Our guess – Santa is well compensated for his participation in capitalism. Santa’s big bucks would likely come from his brand than his actual job — with millions of dollars earned from brand endorsements and product licensing (i.e., Coca Cola, M&Ms, iPhone ads.) His salary from the day-to-day Santa gig would be closer to $300,000. We looked at his expertise as a toymaker, role as CEO and iconic brand to calculate a fair wage for Father Christmas.

We should take into account Santa’s advanced toy-making skill set when determining his salary. He has centuries of experience crafting and innovating toys in his workshop. That level of craftsmanship and tenure is precious to any toy making enterprise. Not only is he designing and making toys himself, but also overseeing all the elves who assist him — that’s some major managerial experience.

The other part of Santa’s manual job is delivering all the presents. He certainly has inspired many other delivery services like UPS and FedEx. His all-in-one-night magic trick most definitely earns him some overtime pay. UPS drivers with over 10 years of tenure can earn about $100,000 per year.

According to Glassdoor, a toy inventor or director of creative design at Mattel can earn upwards of $190,000 per year. Based on Santa’s toymaking mastership and delivery responsibilities, we can assume about $200,000 per year is a good starting point for calculating his salary.

CEO of the North Pole

Jim Pendergast, the Senior VP of altLINE Sobanco, says Santa is the head honcho in the North Pole, “His daily duties mean orchestrating overall toymaking operations, managing workshop resources, setting and administering guiding employee policies, executive decision making, and finally, being the public-facing brand face of the North Pole. Given that list of responsibilities, Santa clearly sounds like a CEO.”

If Tim Allen’s “The Santa Clause” is any indication, ole’ St. Nick is basically a ruling authority over an entire town. The elf operations, naughty or nice list management, delivery coordination and toy-making are all complex parts of his organization he oversees.

Pendergast estimates the CEO title would up our salary estimate a bit, “Considering all these variables — CEO status, decades of experience, and a vertically integrated manufacturing operation with a multinational presence, we could comfortably estimate his salary to start between $230k-$270k.”

The big bucks for Mr. Claus will come from his image as a holiday figure. Santa licenses his image and name to endless brands for merchandise, advertising and local shopping mall impersonators.

A licensed endorsement deal is when a company can use the celebrity’s brand and image to promote its product. This type of deal often extends beyond one campaign, having the celebrity represent the brand for years. Sound familiar? We’re thinking of the iconic Coca Cola holiday campaigns that feature Santa Clause. It’s well known that many celebrities and athletes make more money from these kinds of endorsements than their actual profession. Let’s assume the same about Santa, who honestly is the original worldwide celebrity.

We compared it to some celebrity endorsement deals to guess how much Santa would be paid for his many holiday advertising appearances. In 2003, Justin Timberlake earned $6 million for his McDonald’s ad blitz. Taylor Swift was paid $26 million in 2014 for serving as the Diet Coke spokesperson. The iconic Britney Spears Pepsi campaign scored her $50 million in 2001.

If you consider how many brands, products and media have used the Santa image, his endorsement earnings would certainly rival Britney Spears, though it is simply too unrealistic to guess at a number (and we’re being very realistic here.)

Salary: A couple of millions

So, Santa should make $300,000 per year salary and a couple million more

We’ll count the millions in brand endorsements as other income and assume the salary for his day-to-day job as CEO, toymaker and delivery service is around $300,000. His Christmas bonus will be calculated based on how much his holiday spirit can revive that year of 2020; feel free to mail in your feedback to the North Pole. 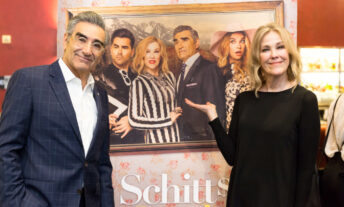 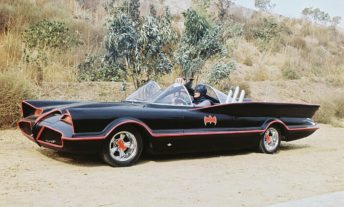