Stop Trying to Impress Other People 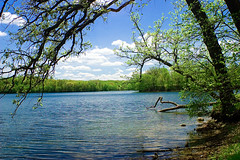 Imagine, just for a moment, that you find yourself on a desert island with just you and four or five of your closest friends and relatives – the people you care about the most in this world. The only people around are the people that care about you.

On this island, you can have whatever house you want and the items you want to have. But you’re just on this island with just the people that care about you. No one else will see you. Judge you. Draw conclusions about you.

What house would you actually own? Would it be a large, ostentatious house, one designed to impress the neighbors and the people you might invite over? Or would it be a small one that just meets the needs that you have, nothing more, nothing less?

What stuff would you have? What things would you actually want with you? Would you have all of the stuff you have now, the decorations and other items you have mostly to impress others?

Spend some time thinking about this. What would you really want to have if no one was there to judge you? Would your closets be jammed with clothes? Would you have a shiny new car or the latest electronic gadgets?

Here’s the real truth of the matter: the difference between the items you’d have on the island and the things you actually have now is the stuff you’re buying solely to impress other people.

If you own a shiny new car now, but would drive a junker if just your family were watching, you’re spending money just to impress other people.

If you have a closet full of expensive clothes, but would always wear jeans and a t-shirt around the people close to you, you’re spending money just to impress other people.

If you have a bunch of nifty electronic gadgets that you love to show off but never use, you’re spending money just to impress other people.

Here’s the truth, though. For the most part, those other people don’t matter. Not a bit. Sure, you need to dress to match the culture of the place where you work and so on, but many of the things we buy we do so to impress others.

The next time you’re tempted to make a major purchase – say, anything over $20 or so – ask yourself who you’re buying it for. Are you looking at that giant flat panel for you – or to impress the boys? Are you tempted to get that gorgeous car because it’ll turn heads – or just to get you back and forth to work? Are you eyeing that huge house just to see the reactions on people’s faces – or because you actually need 3,500 square feet?

Then remember this one thing: the people who really care about you don’t care how big your television is or how shiny your car is. They care about you – are you happy and secure in your life? And the surest way to add a lot of stress to your life is to buy something you really can’t afford and be stuck with payments on it for a long time.

Make a real effort to separate what matters to you from what you think matters to everyone else because, in the end, it’s you that you’re left with at the end of the day. It’s you that will be worried at night if the bills pile up.

Fleeting three-second opinions of others don’t matter. What matters are the real relationships we build – and those aren’t bought and sold with a big screen television.