The ‘Cash on Hand’ Dilemma: How Much Is Too Much?

The idea of having “cash under the mattress” has a lot of appeal to many people. After all, cash is king and having some cash around in a quick pinch can solve a lot of problems.

An older friend of mine used to have a coffee can full of cash that he kept hidden away somewhere in his house. I’m not sure where he kept it, but I saw it produced a time or two and I couldn’t help but notice that it contained a large quantity of cash. He used it to take advantage of opportunities and to take care of things in emergencies.

A professor at the college I attended kept a false bookend in his office. It had a removable bottom and he kept about $1,500 in cash in there in $100 bills – I kid you not. He trusted me enough once to dig into it right in front of me and give me some cash to help me out in a desperate moment, an act that I still appreciate to this day because of the unquestioning generosity behind it. (I was almost completely broke and couldn’t afford the book for his class; I showed up to his first two office hours and he produced a $100 bill for me to buy the class textbook with. That’s just extraordinary generosity.)

Simply having a pool of cash around to tap into at a moment’s notice when a great opportunity appears or when disaster strikes is very worthwhile. Cash is king, after all – it solves problems.

So, there’s some risk and reward when it comes to holding onto cash. The risk is that risk of losing the money and, theoretically, the small amount of financial gain that might come from investing it elsewhere. The reward is the flexibility and opportunity that comes from having cash on hand at a moment’s notice.

Where’s the tipping point between those factors?

I decided that I wanted to have enough cash available to simply handle this kind of major emergency with no questions asked. I simply produce the cash and we’re on our way.

So, how much money does that represent? I tried to imagine what would happen if there was a giant earthquake along a fault line that knocked out phone and internet and cellular traffic – no cell phones, no credit cards, and lots of destruction and fires. What do I do? I drive away from there and use cash for lodging until services start coming back up.

The exact number, then, depends on personal calculations – where you live, what things cost near your home, and so on.

In my area, and using my own calculations, that amount is $500. I keep that exact amount in cash – five $100 bills – hidden away at a point on my property that I can easily access in a pinch if need be.

What about you? What should your amount be? Spend some time assessing the type of emergencies you would want to be able to address with that money and what that emergency would cost you. Everyone has a different scenario that presents worry, so consider what that scenario is for you. What scenario presents you with enough concern that you would want to have cash in your house to cover it, even given the relatively small risk of possibly losing the cash to disaster?

The reality is that the tipping point comes down to your own perception of risk. Cash stored in your home for an emergency is, more than anything else, a tool that will bring peace of mind and help you sleep at night. It presents a solution to a scenario that pops up in your head and presents concern and worry into your life, and by having that solution in hand, that source of concern and worry – and perhaps other concerns and worries – melt away.

Cash stowed away in your home should be a net reliever of stress. If you find that stowed away cash is creating more stress in your life than it alleviates, then you should consider not having that much cash in your home and evaluate different plans for solving those emergencies or taking advantage of those opportunities.

Where exactly does one store that money, though? I would suggest avoiding many of the common places listed online for storing money. Burglars know about those places and will often check the obvious ones. Don’t keep it in a portable safe. Don’t keep it under your mattress or in a sock drawer. Don’t stick the bills between pages of the family bible.

Instead, think of a place in your home that you’ll remember but isn’t immediately visible and wouldn’t likely be targeted in a burglary and put it there. Mundane is usually better than super-creative. A home invader simply does not have the time to investigate every mundane and non-obvious place in your home.

If you’re still not sure, think of a few mundane places in your home, then search Google for places to stash cash in your home and use none of those places. Cross any overlapping places off of your list and use only other ideas that you may have.

Should you bury it? I consider literally burying money in a box or a glass jar to be overkill. While it is extremely unlikely to ever be burgled by someone who doesn’t already know the exact location and it’s unlikely to be damaged in a fire, it does run the risk of being completely forgotten and it takes some time and a digging tool to be able to access that money. This may be a scenario that appeals to you, but I want to have that money in a place that I can access with just a moment or two’s notice without needing any tools to access it.

What about gold or other precious items? The problem with such items is that they’re generally not items that you can directly trade for the goods and services that you want. If you’re in a situation where you’re running down the street with a gold coin hoping to swap it for a loaf of bread or a ride out of town, you’re likely already facing hardships far beyond that which you haven’t anticipated yet. Outside of those extremely rare at best and impossible at worst apocalyptic scenarios, gold and precious metals and rare coins and other such things are strictly worse to have around than cash because you have to find someone who will give you cash in exchange for them and usually at a very bad exchange rate if you’re doing it on the spur of the moment.

Remember, the purpose of having a supply of cash on hand in your home is to have easy access to it as a medium of exchange in an emergency. Items that can’t easily be exchanged in most situations are items that you shouldn’t have on hand.

Small bills or large bills? It’s likely that you already have some change and some small bills – $1s and $5s – in your possession most of the time anyway, so there’s no real need to have an emergency store of them. Plus, the more bills you have stowed away, the more space they take up and thus the easier they are to discover. Stick with larger bills – $20s at a minimum, and preferably larger ones. Yes, you may have some difficulty with change in some narrow situations if you ever have to use it, but having a smaller number of larger bills minimizes the risk of discovery.

What about keeping everything in cash? Some people have deep concerns about the banking system and want to keep all of their money in cash. My response to that is that if the banking system is ever in such complete collapse in the United States that you can no longer access any funds in your accounts and FDIC insurance has failed, there’s an extremely high likelihood that dollars are now worthless. That scenario is extremely unlikely in any case. Thus, having your money in cash is a pretty unnecessary safety risk; unless there are additional factors, you should be using banks or financial institutions to keep your money more secure than you can keep it at home.

So, let’s summarize. I think it’s a good idea to have a relatively small amount of cash on hand to handle emergencies that genuinely worry you, but not enough so that your concern about the cash is greater than the emergency you’re trying to cover. Your goal should be to minimize worry and stress by finding the right balancing point for you. If you do have money at home, store it in a mundane but uncommon place, a spot where burglars won’t immediately check; if you’re unsure, search Google for lists of common hiding places for money and avoid those entirely. Don’t keep all of your money in cash unless you have an exceptionally good reason to do so! 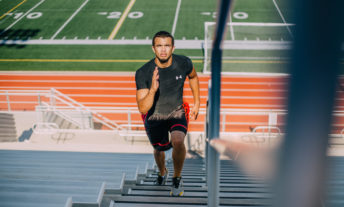 “The Simple Dollar” Is Not “The Easy Dollar” 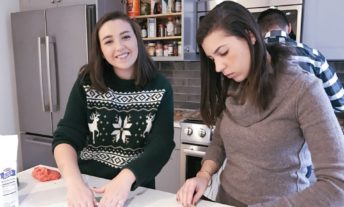 ‘Financial Success Only Works for Other People’