The Danger of the Word ‘Deserve’

I deserve to go out and have a nice dinner.

It’s a word that implies a pretty high opinion of oneself. It means that you inherently believe that you have done something or have the qualities worthy of a particular reward.

I deserve a shiny, fancy car.

It’s a word that says that you believe whatever sacrifices and choices you made in life ought to result in some sort of a greater reward than what you have already achieved.

I deserve that promotion at work.

It’s also a word that is perhaps the most damaging of all to one’s personal finances and one’s career progress.

First of all, it often ties itself to a reward that will cost you in ways you’re not seeing in the moment.

Let’s say that you’ve decided for whatever reason that you “deserve” a new car. If you go right out and buy that car, you’re taking on a big expense. You’re also likely taking on an auto loan, which will gobble down even more money in the form of interest, and you’re also probably seeing a bump in the cost of insurance.

That money gets taken away from the other goals you hold dear in life. If you go out and buy a new car because you “deserve” it, you’re not receiving that new car as some sort of bonus in life. You’re just stripping money away from other things in your life out of a sense of “deserving” a new car.

In that sense, “deserve” becomes something different. It becomes a reason to indulge greatly in something, even if it causes financial damage in the rest of your life.

It also usually overlooks completely the rewards and benefits you’ve already received for what you’ve achieved in life. Believing that you deserve something more than what you already have implies that you’re overlooking many of the things that you already have and are taking them for granted in your life.

The truth is that most of us are already rewarded beyond our wildest dreams for the things we have achieved in life. The average American lives in a state of perpetual pleasure and affluence that King Solomon would have been deeply jealous of. We have homes and devices and access to amazing nutritional foods and time to spend on leisure of our own choosing.

For the vast majority of Americans, life is amazing compared to anything that has existed before in the world. The work of our lives has earned us things that would leave pretty much anyone in human history stunned at the incredibly affluent lives that we have. To believe that you deserve more is incredibly arrogant.

It also often far exceeds what you have actually earned with your achievements. There is no question that some of us have worked very, very hard in our lives. However, we’ve already received our rewards for those efforts in the form of pay, in the form of greater skills, and so on.

In that sense, believing that you deserve more means that you think you should have more than what you already agreed to receive in exchange for your efforts. You may have worked hard for 10 or 20 years, but you did that in exchange for pay or exchange for a degree, not for some other additional reward. You’re using that effort as an excuse or a crutch to allow you to indulge in something that you know isn’t necessary or warranted.

The truth is that believing that we deserve anything is the opposite of a healthy personal finance or even a life perspective.

For starters, it takes away the sense of wonder and gratefulness for the amazing bounty that life gives us. Each of us already has so much, far more than almost anyone else in human history.

We have access to libraries of information at our fingertips. We have infinite amazingly nutritional foods available at our convenience for incredibly low costs. We have more leisure opportunities than can even be counted or considered. We have tools for staying in easy touch with loved ones on the other side of the country or the world, people we would likely never see again even 100 years ago.

There are more books, more films, more experiences than we can ever fill the free time in our lives with. Almost every job in the world is safer and less demanding physically than almost anything that has existed before in human history. We have devices that provide incredible abilities in our home with just the touch of a button or a flick of the wrist, from coffee machines to refrigerators.

We have so much, and simply saying that we “deserve” more undercuts all of that. It says that all of that bounty isn’t good enough.

It also takes the focus away from the abundance we do have and focuses instead on scarcity, the things we don’t have. I’ve written about the idea of scarcity and abundance mindsets before on The Simple Dollar. I found that this quote from Stephen Covey’s book The 7 Habits of Highly Effective People on the scarcity mindset is really insightful:

Most people are deeply scripted in what I call the Scarcity Mentality. They see life as having only so much, as though there were only one pie out there. And if someone were to get a big piece of the pie, it would mean less for everybody else.

The Scarcity Mentality is the zero-sum paradigm of life. People with a Scarcity Mentality have a very difficult time sharing recognition and credit, power or profit – even with those who help in the production. The also have a a very hard time being genuinely happy for the success of other people.

On the abundance mindset, he writes:

The Abundance Mentality, on the other hand, flows out of a deep inner sense of personal worth and security. It is the paradigm that there is plenty out there and enough to spare for everybody. It results in sharing of prestige, of recognition, of profits, of decision making. It opens possibilities, options, alternatives, and creativity.

Believing that you “deserve” something for your efforts (or “just because”) is deeply ingrained in the scarcity mindset. It’s all about having a perspective that there is only one pie, you have a small slice of it, and you should have a bigger slice of it for some reason or another. That inherently makes it very hard to be happy for the success of others, because that means less success for you, so you’re rather uninterested in helping others celebrate or reach their success. 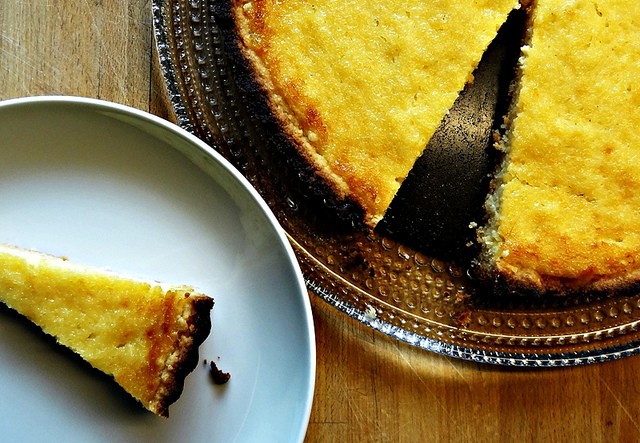 On the other hand, part of the abundance mindset is a sense that you already have “enough.” You are secure in who you are and having more stuff isn’t going to change that. Sure, it might be okay to have something new and different, but you certainly don’t deserve it.

A third problem is that it encourages sacrificing preparations for the future in exchange for unnecessary things in the present. When you decide you deserve a trip or a really expensive meal or a new car, that money has to come from somewhere and, in all honesty, the place it ends up coming from is savings for the future.

What do you really “deserve” more? Do you “deserve” that special treat? Or do you deserve to be able to put food on the table and keep the lights on if an employer hands you a pink slip? What about being able to switch to a career that’s much more meaningful for you? What about a stable retirement where you can do the things you enjoy?

All of those things are sacrificed when you “deserve” some expensive thing in the moment.

In the end, whenever you catch yourself thinking or saying that you deserve something, stop yourself. You already have an abundant life, filled with so many good things. Do you really deserve more?

Furthermore, if you were to take that money for the thing that you “deserve” and apply it to securing the great life you have now or building toward a genuinely better life down the road, wouldn’t that make things genuinely better instead of just applying a bandage to the problem?

Deserve is a dangerous word. Whenever you see yourself using it or thinking it, stop for a minute. You’re probably about to make a move that isn’t beneficial to your life.