The Money Onion: Peeling Back the Layers of Personal Finance Success

One of the most interesting things I’ve found over the years of working on The Simple Dollar, charting my own financial progress and changes, and talking with countless readers is that personal finance is a lot like an onion.

It’s like an onion in that it’s made up of a bunch of layers that aren’t really very transparent. You know what’s underneath them on some level, but it takes time to really understand each level and incorporate it into your life.

Here, I’m going to summarize some of the layers of the onion so that you can get a good idea of what I’m talking about.

The First Layer: Debt Is Bad, Savings Is Good

This is the level on which many people who are really struggling with their money see their finances. They understand that debt is bad and that saving money is good, but when it comes to the things they want in their life, this seems secondary. Isn’t it much better to just spend that money on stuff that you want? A big house? A lot of stuff to fill it? A shiny car in the driveway?

The basic ideas of personal finance – spend less than you earn, avoid debt with high interest rates, try to save some of the money you make – are actually pretty obvious. Everyone understands those ideas on some level, but they don’t put them into practice.

Why? They don’t really see the connection between their day-to-day behavior and the mountain of debt and the lack of savings that they have.

Sure, they understand the idea, but it’s not incorporated in their life in any way. It’s like a fact that they know, not one that really matters when it comes to their behavior.

The Second Layer: Your Choices Create Both Debt and Savings

In other words, the little choices you make every day are the determining factor in whether you have debts or savings – and how much of each you have.

Whenever you buy anything, you reduce your potential savings. If you’re in debt, you effectively increase your debt, too, because that money isn’t going into savings or toward your debt.

The Third Layer: Much of the Stuff You Buy Doesn’t Create Lasting Joy

The counterargument against cutting back on non-essential purchases is that doing so removes the pleasure from life. I’m adamantly opposed to doing that. If a purchase brings genuine, lasting pleasure in your life, you shouldn’t cut it.

The catch is that the vast majority of purchases people make do not bring lasting joy. They bring a little short-term burst of pleasure, but lasting joy? It’s actually pretty rare for that to be the outcome of spending your money.

I went out for dinner last night. The dinner was good – it was pleasurable – but the pleasure of it is already fading away. It was expensive and it didn’t create lasting joy and it won’t be long before I’ll either forget it entirely or regret the expense. On the other hand, my most memorable meal of the last year was one where I ate with an old friend. It did create lasting joy – a meal that we still talk about that reconnected me to an old friend.

For me, one powerful way to do that was to eliminate my debts and have some money in the bank, because the stress that it eliminated and the small sense of security that it created did in fact bring me lasting joy, joy that lasts to this day.

Beyond that, there are a handful of things in my house that I’ve bought that have brought me lasting joy. Most of them? Maybe I thought they would and they didn’t, but in truth most of them were purchased without even thinking about the question, and now I regret it. That money went away from something that would bring me lasting joy (financial independence) into something that doesn’t (many of the items in my home).

A random meal at a restaurant rarely brings lasting joy because you didn’t commit any time to it. On the other hand, a meal eaten with a friend – no matter where it is – can often bring lasting joy because you’ve built that relationship. It doesn’t matter where you eat, because the value comes from the thing you invested time in – that friendship.

There are some things you can always do with that extra time to provide lasting value. You can rest. You can build a lasting relationship with someone. You can learn a new skill or some key knowledge.

The thing is, money can certainly buy time, but it similarly becomes a waste if you don’t do anything valuable with that time.

Spending money to buy time in the form of time-savers like convenience foods and time-savings services is a great way to get some spare time in the short term, but it doesn’t help with the long-term problem unless you use that extra time perfectly and build it into something lasting.

The long-term solution is, rather than using your extra money to buy time, you use it to buy freedom.

Let’s say that you were in a situation where you had enough money saved and invested so that the income from those investments could replace your salary. What would you do with your time in that situation?

That’s not “time saving.” That’s freedom, and money can buy it.

We’re kept away from that kind of freedom by the need to earn money, and whenever we use money in a way that doesn’t either create lasting joy or pave our way to this kind of freedom, it’s probably not the best use of that money.

At that point, you have about as much freedom of choice with how to use your time and energy as you can possibly have. You choose what to invest your time and effort into, and if you choose to invest it into things that provide lasting personal joy, you’re going to be building a joyous and personally rewarding life.

Is There a Core?

Once you get beyond that layer, you start to quickly get into issues that involve what you personally value. Perhaps you value your children. Maybe you value a particular hobby, or maybe you really care about a certain social cause.

At that point, you start tying your financial choices directly to those things that you care most deeply about and you begin to see the connections between your choices in each area.

Gradually, that begins to spread to all of your actions. You have only so much time and so much energy. How can you use them most effectively to not only keep yourself alive, but actually have an impact on the things you truly care the most about?

At the outer layers, money appears to be at the center of all things, but after a while you begin to see it for what it is. It’s a medium – a way of exchanging our time and our energy for things we care about. Almost every personal finance problem that we run into comes from making poor trades.

The true core of personal finance, from what I can tell, has little to do with money at all. Spend your time and energy on things you care about. Sometimes, that means accumulating resources so that you can feed, clothe, and house yourself and the people you love the most. Sometimes, it means using your time and energy on the things that really matter to you, whatever they might be.

The best life you can have is all about spending your time and energy on the things that make your life as good as possible, both now and in the future. As far as I can tell, if there’s a core, it’s that, and getting there involves figuring out how to make your trading of time and energy for those other things as efficient and smart as you possibly can.

Good luck on your journey to the center. 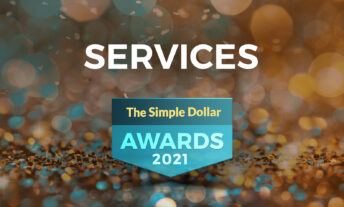