The One Hour Project: Keep An Idea Notebook In Your Pocket 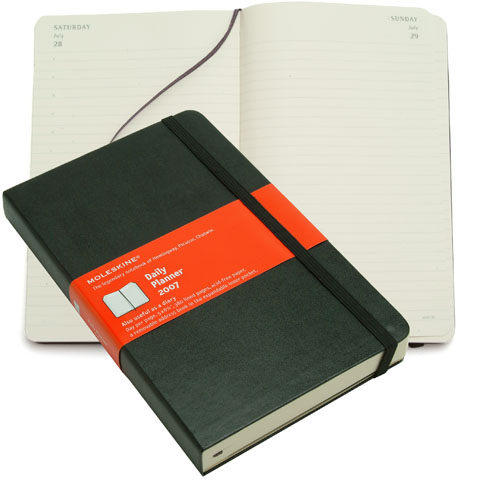 So many times throughout the day, I come up with useful ideas: ideas for saving money, ideas for preparing food, ideas to improve The Simple Dollar, tasks that I need to take care of, and so on.

Forgetting these ideas is as good as money lost. They float out of your mind and most likely are permanently forgotten. Maybe you had a brilliant idea for work that wasn’t quite fully formed yet. Maybe you remembered someone from high school that you should really get in touch with. Maybe you came up with an amazing web application idea that could net you millions. Or maybe you just remembered to get milk on the way home. All of these are ideas worth real money – and they all slip away.

Whatever the thought is, it’s incredibly valuable to jot it down and then review your jottings regularly. That sounds really easy, but it requires a shift in thinking that takes practice.

Keeping Track of Your Valuable Ideas

1. Find a notebook small enough to comfortably fit in a pocket.

It doesn’t matter really what kind of notebook you use. I personally use a small pocket Moleskine. You’ll also want a writing utensil that fits into a pocket; I use a Fisher Bullet space pen, but a Bic will do just fine.

2. Keep the notebook in a very obvious place.

When I was first trying to get used to this concept, I left the pad out all the time so I would always see it. A friend of mine actually tied a piece of string around his wrist and attached it to his little notebook so he wouldn’t forget it when he got up.

3. Whenever you have a thought, jot it down.

No matter what sort of thought it is, if you want to retrieve it later, write it down in your notebook. You can worry about dealing with it later – just make sure that you’ve written down enough so that you can pick up the train of thought at a later time. Most importantly, don’t hesitate to do it in front of others – tell them that what they said was important enough that you want to remember it later, and they’ll be flattered, not annoyed.

4. Once a day or so, review the new entries.

I do this multiple times a day – just after leaving work, when I’m sitting at my desk and can take care of some things, and so on. This way, if I wrote down something like “get milk,” I won’t be already at home before I notice it.

Eventually you’ll get very used to this – and feel empty when you can’t take notes. You’ll also begin to realize how much impact such a simple thing can have on your life – in so many different ways. For instance, keeping a little idea notebook makes The Simple Dollar possible – I don’t know how I would keep up with the required ideas without it.