A few weeks ago, there was a pretty great story going around various business and finance websites about Warren Buffett. According to the story:

One day Buffett went up to his pilot named Steve and jokingly said to him that “the fact that you’re still working for me tells me I’m not doing my job.”

“You should be out going after more of your goals and dreams,” Buffett reportedly said.

To help him with that, Buffett asked Steve to list the 25 most important things he wanted to do in his life.

Then Buffett asked that he review each goal and choose the five most crucial ones.

After considering a moment, he drew circles around five fantastic goals, confirming with Buffett that yes, indeed, they were his highest priorities.

“What about these other 20 things on your list that you didn’t circle?” Buffett asked. “What is your plan for completing those?”

Steve knew just what to say.

“Well, the top five are my primary focus, but the other 20 come in at a close second,” the pilot said. “They are still important, so I’ll work on those intermittently as I see fit as I’m getting through my top five. They are not as urgent, but I still plan to give them dedicated effort.”

“You’ve got it wrong, Steve,” he said. “Everything you didn’t circle just became your ‘avoid at all cost list.’ No matter what, these things get no attention from you until you’ve succeeded with your top five.”

This story spoke to me on a very deep level.

Here’s the thing: if I split up my time and energy among all of those things, I won’t be great at any of them. To be great, I need to narrow down that field as much as possible, cutting off my time and energy spent on those that don’t make the cut.

Right now, I’m spending some serious time thinking about how I cut that list down to five or six things that I really focus on. What things can stay? What things are most important – the things I really want to excel at and focus on? Which ones are not?

The same idea applies to money.

We constantly make decisions like these in virtually every aspect of our life.

Here’s the catch, though. It is really hard to lower ourselves from an elevated level of spending once we grow used to it.

Here’s an example of what I mean. Let’s say that for a while you became very focused on the food you eat. You started being incredibly selective at the store, picking out only the highest quality items. Organic free range eggs? Organic free range beef? Ten year old aged cheddar made from only organic milks? They all go in the cart.

After a while, though, you begin to care less about food. Instead of flipping through that new issue of Saveur like a fiend, the issues start gathering dust. You stop visiting those foodie websites and start focusing on other things.

Yet, when you’re at the store, those expensive foods keep going into your cart. Just because your focus is elsewhere doesn’t mean that your spending on that less-focused area goes down. It just means that you’re juggling one more expensive ball in your everyday life.

One of the most valuable things you can do for your finances is take a step back and determine the handful of things that really matter to you, then cut back hard on everything else so that you have the resources to do those things.

This same exact philosophy applies to everything you might be spending money on, from toiletries to garbage bags, from kitchen knives to DVDs, from books to video games, from magazine subscriptions to pocket notebooks. Whatever it is you spend your money on, it’s either supporting the things you really care about in life or it’s taking away from them.

Right now, your life is composed of two lists. One of them is a list of all of the things you spend money on above the bare minimum. Are you going to go through that list and make another one, the one that contains what truly matters to you? When you do, spending decisions become easy – you just cut back hard on the stuff that doesn’t matter and spend your money smartly on the things that do matter.

Until you do, you’ll be dumping a lot of your money into things that you don’t really care about, and it is those things that are holding you back from succeeding at the thing that you do care most about. 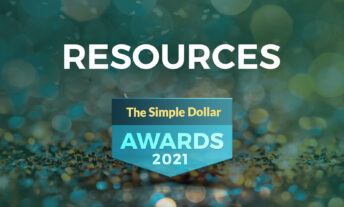