When Everyday Life Gets in the Way of Your Dreams

A reader wrote in with the following complaint: 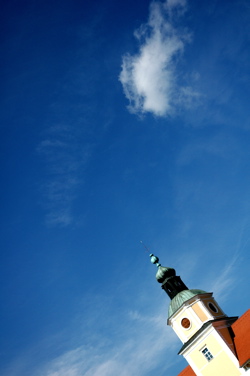 First of all, actually standing up and chasing your dreams is not a childish thing at all. It may be immature to sit around and do nothing but merely dream, but actually doing something about that dream – and also not let down the people that rely on you – takes a lot of courage and commitment.

The problem that many people have with really chasing their dream is twofold:

First, for many people, their dream is far too nebulous to do anything about. One of my closest friends talks regularly about writing a great novel, but when I ask any specific questions about it, she tightens up. Another friend of mine seems to want to be “rich,” but when I ask why, there’s no real reason that he can state. They’re both looking at goals that are far, far too nebulous to ever reach for.

Second, many people allow everyday life to get in the way of chasing the dream. It’s a lot easier to go to work, come home, do a few chores, and watch some television than it is to actually work at chasing a big dream. I know that quite often in the evenings, I’m beat, and the last thing I want to think about is some giant nebulous thing that I’d like to do – the sheer weight of it makes me even more tired.

It doesn’t have to be that way, though. Trust me – if you have a big, audacious dream:
Even if your life is incredibly busy and your finances are in shambles, you can start to make it happen.

1. Write down what your dream is

This is the first thing, and this is something you can do immediately. It doesn’t have to be specific. In fact, it can be as nebulous as you want. Here, I’ll do it, too, so you don’t feel alone.

Just write it down somewhere and think about it. Write it on a piece of paper that you keep in your pocket.

2. Whenever you can add a detail to it, write that detail down

Seriously. Just scribble out the old one and write the addition, or use an arrow to insert a key phrase. Keep adding more and more detail to the dream as you think of it. Here, I’ll also play along.

I’d like to write a positive book on personal finances, not necessarily a book about strict advice (since I’m not an expert on it), but on the traps that young people face with money today and how a modern twentysomething can escape a desperate situation. I’d like to pitch this idea to a major publishing house, get a big bite on it, and get an advance to actually write the book.

This is actually a dream sketch I had a while back – I’ve kept detailing it from there and the dream plan currently fills up about four pages.

3. Keep in mind the key components of actualizing your dream

Key things such as time commitments, how much these commitments will cost you, and the specifics of the exact thing you want to achieve.

When the dream starts to get quite detailed, enough so that it begins to actually step out of the clouds of nebulousness and become something tangible that you can actually understand, think of the first step you can take to make that dream happen. Again, I’ll play along:

The first step is to write a killer blog post for The Simple Dollar, one that expresses some specific thought or element that I’m considering for this eventual book, and fleshes out just that one point.

This step gives you a very specific action that you can follow to get started. It moves this dream from something tangible.

4. Bounce your ideas off of friends and family that you trust

What’s next? Get started on that first step – and do that one thing as well as you can. The second step will follow from there. It might be a very long walk, but that first step is the most important one.

Learn how to live frugally

This enables two things: first, you start saving money now because you’re spending far less than you make, and second, when you go to make a big life change to follow your dreams (or a big life change is forced on you), you’re already prepared with the frugal living skills you’ll need.

Turn off the television

This is the single best move I’ve made in terms of giving me the freedom to work towards my dreams. Instead of draining my brain in front of the television for a few hours each night, I instead do other things that are more fulfilling and much more in line with my big dreams.

Stop caring what others think

The sooner you do that, the better. The only people whose opinions should matter to you are the people you truly care about. For me, that means keeping clean, but not dressing to keep up appearances. It also means not being ashamed in the least of a giant compost bin in the backyard or of the fact that I may be driving the oldest vehicle in the neighborhood. Let the neighbors enjoy their Lexus and look funny at my older truck – I’m deeply contented with the things I have in my life and the path I’m following.