When Will the Economy Recover From Coronavirus?

The coronavirus shutdown plunged the United States into a period of rapid unemployment growth. Many industries and commercial sectors ground to a complete halt and others slowed significantly. As we watch parts of our economy begin to reopen and recover, the question on the minds of many is how long it will take for the economy to recover from this.

Let’s dig into that question a little bit.

You have to define what you mean by “the economy.”

The first issue with answering this question is defining what exactly you mean by “the economy.”

Is the economy defined by stock prices? Do the ups and downs of the Dow Jones Industrial Average or the S&P 500 represent the economy?

Is the economy defined by the unemployment rate? Does the percentage of Americans who don’t have jobs but want them represent the economy?

Is the economy defined by how much consumers are spending? Does consumer confidence represent the economy?

Is the economy defined by how much we produce and how much money changes hands? Is our gross domestic product (GDP) a good representation of the economy?

If you read those questions and think that they all make some sense for defining the state of the economy, you’re right. They all do. The challenge with answering a question like “when will the economy recover” is that there are many ways to look at the economy. The economy isn’t just stocks (in fact, many argue that stock values have very little to do with it). It isn’t just jobs. It isn’t just people’s willingness to spend. It isn’t just how much we’re producing. It’s all of those things — and more.

The economy is the summation of all of the kinds of economic activity in our country. People earning income, people spending money, businesses making things — it’s all part of it, and there’s no easy way to measure all of it.

So, how do you even try to answer the question of “when will the economy recover from coronavirus”?

[Read More: Money Advice for Millennials in the Coronavirus Recession]

Real GDP refers to the value of all goods and services produced in a nation during a given time period. This number is tracked by the Bureau of Economic Analysis and it’s usually measured in quarters of a year. Usually, the economy is at least somewhat healthy if real GDP is higher than it was a year ago. As of this writing, the GDP is significantly lower than it was a year ago.

The Consumer Price Index is a summary of the prices that people pay for a wide assortment of common goods — groceries and things like that. In a healthy modern economy, the CPI slowly rises over time; drops in CPI and sharp rises in CPI are both bad, for different reasons. It’s tracked by the Bureau of Labor Research. As I write this, the CPI has dropped compared to the previous month.

The Consumer Confidence Index is a survey-based indication of how confident people feel about spending their money. The higher this number is, the more likely people are to spend money in the coming month. In a healthy economy, this number is very close to or, ideally, above 100, as 100 is the baseline of an average economy. This is tracked by The Conference Board. As I write this, the CCI is at 86.6, which is pretty low, but has slightly improved in the last month.

In general, if all of these numbers are improving, that’s a great sign for economic recovery. It’s fair to say that the economy has “recovered” if those numbers return to ones that we expect in a healthy economy.

Right now, those numbers seem to indicate mild improvement, but a long way to go. The question then is, how long will it take for us to go from “recovering” to “recovered.”

The best guess is to look at history.

The best tool we have when evaluating economic indicators is to look at history. How long did it take in the past, when those numbers looked like this, for those numbers to return to healthy economic numbers?

If you dig into the history of each of those numbers, you’ll find different answers, but they all seem to point to a similar range — nine months to two years.

So, if we go with historical data as our baseline, looking at times in the past when we’ve faced economic hardship at a comparable level, the economy should be fully recovered in nine months to two years provided other events don’t stand in the way.

Is this time different?

Having said that, there are a number of things different about this economic downturn — mostly, the speed of it, and how it was driven by non-economic concerns. Coronavirus caused businesses to close and consumers to change their behavior for reasons having nothing to do with the economy, and it continues to do so. Consumer behavior is mildly recovering, as noted above, but not particularly quickly.

Because of that, another key factor to watch for in this recovery is the coronavirus data itself. Are illnesses and case counts going up or going down? Think about it this way — if you know someone who is currently sick with coronavirus, and particularly if you’ve been in close contact with them, you’re much more likely to be careful with what you do out and about. It’s going to change your spending habits and economic behavior. Furthermore, many people watch the raw coronavirus data as an indication of how comfortable they feel reducing their social distancing practices. If the numbers continue to dwindle, then confidence will gradually return. If they don’t, then people won’t return to pre-coronavirus economic activity.

Another factor is the release of a well-tested vaccine. If a vaccine becomes available that actually works, confidence will jump as the vaccine becomes widely used and people witness that the disease is staying at bay. The timeline for this, from many sources, is 12 to 18 months, which is right in line with the above predictions for recovery based on historical data.

“12 to 18 months” is a good estimate, provided nothing else changes.

Given all of this information, 12 to 18 months is a good estimate for how long an economic recovery will take. This, of course, assumes no unexpected events and no giant surge in coronavirus cases that necessitates further shutdowns. Likely, recovery will be slow and gradual until there is either a well-tested vaccine or an extremely effective treatment available, neither of which we have yet.

How does that translate into your own personal finance choices? I would make “safe” choices until then. Don’t put yourself into debt for non-essential purchases. Save up for things you might want to do down the road. Enjoy your life, but keep your financial foundation as secure as you can.

Got That New Job? 6 Financial Steps To Take Immediately 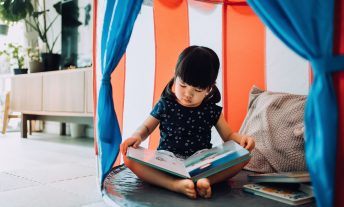 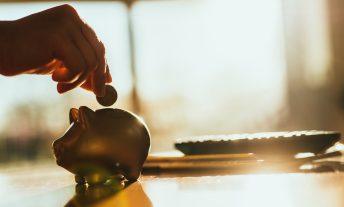