Why Johnny Can Read 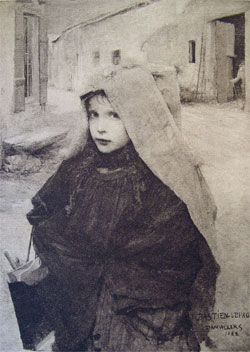 Earlier this week, I read an article that really made me reconsider my tentative decision to send my child to private school. More Parents Uproot Their Lives In Search of a Perfect Education tells the story of the O’Gorman family, who basically sacrificed the home their children had grown up in and their lifelong social environment in order to enroll their children in a private school in another state. Why? They felt that the educational options near them were not good enough for their child and they were willing to drop $50,000 a year on that assumption.

In the past, I’ve been

a big believer in private school for my child, as I bought into the general idea that not only are America’s public schools vastly inferior to private schools, but they were also far worse than public schools in other countries as well. This fact is consistently pounded into our head by not only the mainstream media, but also by the government itself via the National Assessment of Educational Progress.

What’s the basis for this criticism of America’s schools?

One big piece of this criticism comes from documentation produced by the National Assessment of Educational Progress. In particular, in July 2006, they released a report entitled Comparing Private Schools and Public Schools Using Hierarchical Linear Modeling (link goes to pdf of the report).

Right off the bat in this report, when discussing fourth grade reading, the report says “the average private school mean reading score was 14.7 points higher than the average public school reading score.” Wow, that’s a talking point right there, isn’t it? From just that sentence alone, media reports condemning the public schools in America flew forth, probably helping the O’Gorman family to make their $50,000 decision.

But the next sentence is quite interesting: “After adjusting for selected student characteristics, the difference in means was near zero and not significant.” What does that mean? It merely means if they divide the fourth graders up into smaller pieces of pie (such as divisions based on race, income level, and so forth) and compared equivalent pie pieces between private schools and public schools, there was no statistical difference between private schools and public schools.

How can this possibly be? This is the result of a statistical phenomenon known as Simpson’s paradox.

It actually reports that public education and private education in America are roughly equal, even though private school students score higher. Why? Demographics. Private school test scores are better because the demographics of their students are tilted highly towards groups that do well no matter whether they’re schooled in public or private schools.

The report actually says that on average, your student won’t do better on standardized tests in private school compared to public school; the only thing that makes a difference is their race, their income level, and their parents’ involvement in their education.

You know all of those doomsday stories about how America’s schools are falling behind those of other nations? Those reports are similarly flawed because of Simpson’s paradox.

Take South Korea, for example. Their test scores in math and science dominate America and I do admire their strong education system. But read that article more closely: only 60% of their students of high school age actually attend high school; the “bottom” 40% are actually funneled into separate vocational schools. Thus, when standardized tests compare 12th graders in Korea and 12th graders in the United States, if you individual compare demographic groups, the United States does at least as well as Korea, but if you combine all students as a whole, South Korea appears to dominate the United States. That’s because their high schools, much like private schools in the United States, are full of students whose personal demographics are universally geared towards greater educational success regardless of the schools.

The best investment you can make in your child’s education is by being involved.

Your involvement is a factor you can control – your race and (to a degree) your other demographics can’t be changed. Instead of dropping $50,000 on getting your kid into that ultimate private school, tone down your career a bit and get involved: find out what your child is interested in, be involved and interested in their homework, and let them know that they really are important to you. Love is the one investment in your child that can really pay off.