As an ’80s baby born to an insurance salesman father and a stay-at-home mother, I grew up watching my parents scrimp and save. My mother stayed home with the kids while my father worked, which meant we were constantly looking for ways to stretch a dollar. We always had life’s necessities (food, clothing, and a roof over our heads), but I rarely had the best toys or new clothes.

Until I became a teenager, I hardly noticed the disparity between my belongings and the belongings of some of my friends. But, around age 15 or 16, my attitude changed. Since my parents were still frugal, I learned I had to work if I wanted new clothes or a car of my own. I got my first job at the age of 15 – a food service gig at Waffle House. While I never earned a lot of money, it was enough to buy new clothes and pay for fun. As a teenager, that’s all I really wanted anyway.

By the time I graduated high school, I honestly believed my parents were cheap and clueless. They never spent their money on the things I wanted, and they went without “stuff” they probably wanted, too. They drove older cars, used appliances and furniture as long as they could, and avoided restaurant dinners in favor of frugal meals at home. As a teenager, I found their frugality unnecessary and absolutely boring.

Even on the rare occasion we did dine out, they took us to discounted buffets and made us drink water. Oh, the horror!

I knew back then, at the ripe age of 18, that I wanted more than a lifetime of scrimping and “making do.” I wanted a new car, a nice house, dinners out with my friends, and new clothes all the time.

As a teenager, I thought I knew everything!

Looking back, I’m now keenly aware I knew absolutely nothing. What I’ve realized over time is that my parents weren’t actually cheap; they were masters of the trade-off. They sacrificed in some areas of our lives so we could afford other, more important goals. It took a while, but I finally understand their decision-making process and why it paid off.

Trade-Offs and the ‘Frugal Magic of Substitution’

Now that I’m adult with two kids of my own, I’m more than happy to make similar trade-offs. We’ve also adopted a minimalist lifestyle, mostly because we prefer experiences over “stuff.”

But, that doesn’t mean living this way is always easy. I have to be honest; it’s sometimes difficult and inconvenient to say “no” to an event or splurge when everyone around you is saying “yes.” I can’t tell you how many times we’ve opted out of a concert or a fancy dinner and stayed home when basically everyone else we know is out having fun.

Sometimes we can finagle a similar experience with the frugal magic of substitution – a concept Trent has written about in the past.

By substituting a frugal activity for an expensive alternative, we can have fun without spending more than we’re comfortable with. This strategy is especially helpful when we’re planning activities with friends. For example:

Why the ‘Big’ Trade-Offs Matter More than Anything Else

And really, there’s stuff we want a lot more than expensive nights out with friends, new cars, and excessive consumption.

For example, we love to travel. We always travel frugally when we can, but our adventures are never free. While I never feel bad about our travel spending, the money does have to come from somewhere. By sacrificing most of our “entertainment budget” when we’re home, we build up an annual travel budget big enough to satisfy our wanderlust and allow us to remain debt-fee.

But, we give up more than dinners out at our favorite restaurant. No matter how hard I fight it, there’s always been a part of me that wants a larger, fancier home with a three-car garage and a full basement. I have always dreamed of a huge yard with a giant play set for the kids and a hot tub for the adults. I envision a covered porch with a flat-screen TV and an outdoor bar – me, sitting in the hot tub drinking beer and watching a movie while the jets massage my back. Somehow, this dream of mine has never gone away.

I can afford all those things and more, but something stops me. The thing is, it’s not the money that bothers me; it’s the trade-off. Because we’ve stayed in our average home for long enough, we’ve been able to pay down our mortgage considerably. At the moment, we’re less than a year from owning our primary residence free and clear.

Having our house paid off means only one thing for us: more travel and the freedom to retire a few years earlier.

Would I trade a bigger, fancier house for a few years of retirement bliss with the man I love? Not in a million years. So, we forgo the big house and the common trappings of an upper-middle class lifestyle. After all, I can drink a cold beer in the bath tub for free, right?

The same trade-off mentality applies to the cars we drive as well. When my minivan started having problems, we became a one-car family for the same set of reasons. The money we’re not spending on car payments goes directly toward retirement and our other goals. The new car we never buy could be the difference between retiring a year earlier and languishing at work longer than we wanted.

Like my parents, I also learned to apply the same line of thinking to my kids. Simply put, we don’t buy them a lot of “stuff.”

I buy a lot of their clothing secondhand, mostly because they’re not old enough to care and I consistently find clean, quality clothing for school and play. They ride used bikes and take advantage of hand-me-downs from my sister and other friends. They never have the nicest electronics or games, although they always have enough.

Instead of showering them with stuff, we save diligently for their college education. Because our state (Indiana) offers a 20% tax credit on the first $5,000 we save for college each year, we save around $2,500 annually for each of them in a 529 plan.

If we constantly bought them new clothes, new toys, and new electronics, we couldn’t afford to save so much for their future. Just like everything else, this is a trade-off I’m willing to make. While I want my kids to have everything their hearts desire, watching them graduate college debt-free is a life goal I have been working toward for years. If I bought them all they wanted and more, I would be forced to sacrifice the debt-free future that’s waiting for them.

I’m sure my kids will grow up thinking we’re unnecessarily frugal, and that’s perfectly fine with me. Only time and maturity can make you realize you can’t have everything you want as an adult.

For now, I’m extremely thankful for my parents. While they weren’t perfect, they taught me a lot about life through the various trade-offs they made. They showed us how to scrimp on stuff we didn’t care about so we could spend lavishly on everything else. Most importantly, they taught us the lost art of

delaying gratification; they showed us how to wait for what we want instead of buying it at all costs.

They also taught us to be happy – not only with ourselves, but with what we have. Ironically, these lessons were the best gifts I ever received – and all of them were free.

What trade-offs help you reach your financial goals? 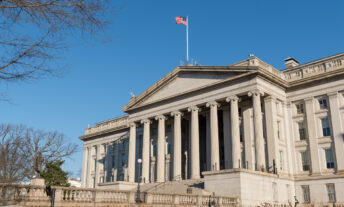