What Happens When Someone Gets Into an Accident in Your Car

If you own a car, you might occasionally let other people drive it. Maybe you lend your car to a friend while theirs is getting fixed, or maybe you let a parent pick up your child from school in your car.

When will your car insurance cover the accident when someone else is driving?

In most situations, anyone driving your car will be covered by your car insurance. Other drivers on your auto insurance policy—usually family members—are automatically covered. Friends, extended family members or even valet drivers are also covered as long as you have given permission.

If someone else driving your car causes an accident, they will also be covered by your auto insurance. Even if the driver has their own car insurance policy, you will be the one who has to file the claim and pay the deductible. Depending on the extent of the damages, the driver’s car insurance may step in to help cover costs beyond your coverage limits.

The bottom line is, anyone who you allow to drive your car will be covered by your car insurance policy. It doesn’t matter if they have their own insurance or not. With that being said, you will be the person held liable for an accident if someone else is driving. That’s why it’s important to be careful of who you let drive your car.

When will insurance not pay?

There are several situations when the insurance company will not cover someone who is driving your vehicle. If you haven’t given a driver explicit permission to borrow a car, they will not be covered. That means they will have to pay for the damages through their insurance company, or out-of-pocket if they aren’t insured. However, this can be a tricky situation because you have to prove you did not give them permission.

The insurance company also will not cover a driver who is purposely excluded from your insurance policy. Excluded drivers are usually considered to be high risk. Maybe they had their driver’s license suspended or have a history of car accidents. In that case, they wouldn’t be covered if they were driving your car.

Generally, any accidents caused by unsafe driving behaviors will also not be covered. For instance, if a friend driving your car gets into an accident and is charged with a DUI, they won’t be covered. The same goes for people driving without a license.

How will someone else getting in an accident in your car affect your rates?

Depending on your policy, permissive drivers might get less coverage than the primary driver. Check with your insurance company to determine exactly how much coverage applies to other people driving your car. If you consistently allow other people to drive your car, consider adding them to your car insurance policy. That way, they’ll have the same amount of coverage as you have.

What if someone steals your car and gets in an accident?

Car insurance covers you in the event that your car is stolen, but you’ll usually need comprehensive insurance to get all the coverage you need in a theft situation. It also covers the cost of damages or medical expenses if someone steals your car and causes an accident. However, you will still have to pay your deductible to get the car repaired or to get a new vehicle if your stolen car is totaled.

If you give someone permission to drive your car, they will most likely be covered. But even if someone else causes an accident in your car, you will be the one held responsible. As a result, be mindful when allowing other people to drive your car. Before you lend your car to someone else, check with your insurance provider to determine how much coverage applies if an accident occurs. 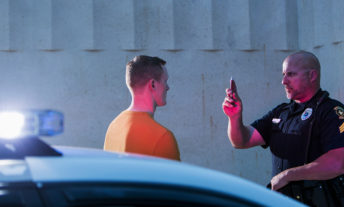 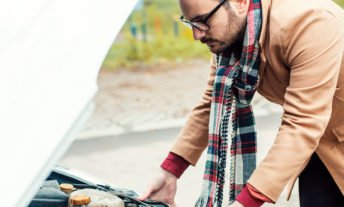