It’s not your imagination: Auto insurance premiums are jumping higher each year. On average nationwide, car insurance rates rose 23 percent between 2011 and 2018.

State-by-state, the numbers look even worse. In 15 states, the increase was anywhere from 40 percent to 78 percent, according a 2019 study from TheZebra.com.

That’s the bad news. The good news? You can often get a better deal, if you’re willing to look. Buying vehicle coverage is not a one-and-done thing.

“A lot of consumers experience inertia. They stay with what they know,” says study author Alyssa Connolly.

The average annual cost to insure a car is $1,470, according to the study, which analyzed 61 million car insurance rates from 408 companies to discern factors that cause rates to go up or down.

Between 2017 and 2018, rates went down in only 10 states and up in the rest. Sometimes that was way up: In Colorado, the average cost to insure a car rose by 19 percent. (By contrast, rates dropped by 21 percent in Montana.)

Eight Ways to Save Money on Car Insurance

You don’t have to move to Montana to save on your car insurance. Nor should you ever skimp on coverage. Carrying only the state minimum required coverage is a gamble that will save money in the short term, but could leave you up the creek in the case of a bad accident.

But there’s no reason to pay more than you must. Use some (or all!) of the following tactics to ensure that you’re getting the right protection at the best price. We also reviewed the cheapest car companies.

Public transit isn’t always available. In some places you do need a car for work transportation, shopping, church, and anything else you need/want to do.

But why break the bank? A perfectly good used car costs less upfront and still gets you where you have to go. And according to the study, you’ll save 12 percent on your car insurance.

Studies indicate that motorists with low credit scores are more likely to file claims than higher-scoring drivers – and when they do, the claims are for more money. That’s why drivers with poor credit pay twice as much for coverage as those with exceptional credit, the study reports. (However, credit scores can’t be used to determine insurance rates in Hawaii, California, or Massachusetts.)

While it’s tough to vault from poor to perfect credit overnight, raising your score by just one category (from average to good credit, for example) can lower your insurance premium by 17 percent overall. There are a couple of steps you can take to raise your credit score in a hurry, but a bigger boost will require a sustained effort.

Bonus: Improving your credit score has a positive effect on other aspects of your finances, too, including the interest rates you’ll pay for mortgages and auto loans.

When you raise your deductible from $500 to $1,000, it lowers the risk for the insurer, since your policy won’t kick in as early or as often. That will come back to you in the form of a reduced average cost of car insurance at 11 percent savings.

Before you do this, however, make sure you could cover the extra $500 it would cost you in the event of an accident. Just one more reason you need a healthy emergency fund. (Pro tip: Find out what you’ll save by raising your deductible, and put that extra money into your e-fund, every year.)

4. Buy online, and pay for a full year upfront.

Purchasing your auto insurance policy online and paying for 12 months upfront will also save you 11 percent, according to the study. Even if you can afford to pay the entire bill upfront, not everyone is comfortable doing this online – some prefer to deal with an agent in person – but it’s likely the wave of the future.

“A lot of millennials are interested in buying products and services online,” Connolly notes – and it’s unlikely that future generations will want to do things much differently.

Getting a rate quote from multiple companies online just makes sense, the study author says: “You would never book a flight and not compare costs from different airlines.”

Insurance companies look askance at people who let their auto insurance policies lapse – so much so, in fact, that even a single day’s lack of coverage can affect your rate going forward. According to the study, you’ll save 6 percent by maintaining continuous coverage.

If you plan to change companies, make sure your new policy is in place before you cancel the old one. Paying for a year’s worth, as noted above, will save you some money; while you’re at it, either set up alerts to remind yourself to pay it next year, or set up an automatic payment. (This advice holds for those who pay twice a year, too.)

An insurance company wants all your business, and will often provide discounts if you buy more than one product — for example, combining your auto coverage with life or homeowners insurance. According to the study, you’ll save an average of 8 percent by doing so.

But not always! Due diligence is necessary. Run the numbers to make sure the deal your agent offers really is worth it.

We should be doing this anyway! But sometimes it seems that everyone else on the freeway is speeding. Or that maybe you tried to stop but wet roads made you slide partway through that red light. Or that you didn’t know it was illegal to make that kind of turn.

Your insurer won’t care. And depending on the infraction, your rates could go up from 3.4 percent (driving without lights) to a whopping 82 percent (hit and run). Insurance companies can legally factor this into your rates for up to three years.

Do us all a favor and pay attention when you drive. Besides, your own life may quite literally depend on it.

To be clear: Saving money on insurance is not the only reason to get hitched! We bring this one up only because some newlyweds may not know that being married can mean a price break of at least 6 percent (and up to 15 percent in some states).

If you haven’t updated your marital status, give your insurer a call. 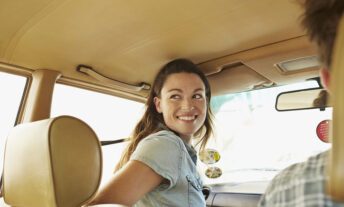 The Best Non-Owner Car Insurance of 2021 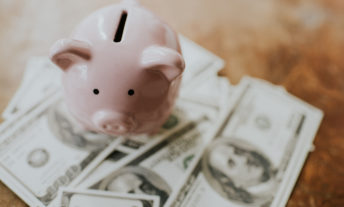